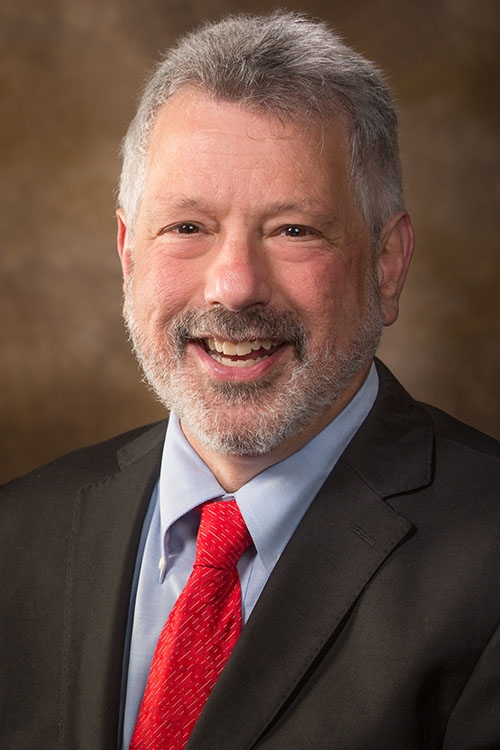 FAYETTEVILLE, Ark. – Jim Coleman, provost and executive vice chancellor for academic affairs and professor of biological sciences, has been named a Fellow of the American Association for the Advancement of Science, the world’s largest general scientific society and publisher of the journal Science.

Chosen by their peers, AAAS Fellows are selected based on “scientifically or socially distinguished efforts to advance science or its applications.” Coleman was selected in the area of biological sciences for “distinguished contributions in plant physiological ecology, and for facilitating the development of increased research capacity for institutions of higher learning across the United States.”

Additionally, Coleman has served as a chief institutional research officer at several universities and institutions, including Rice University, the University of Missouri, and the Desert Research Institute, where he helped facilitate significant growth in research and technology commercialization. He also has been in engaged in the National Science Foundation’s Established Program to Stimulate Competitive Research, which is designed to build research capacity at both state and institutional levels. Coleman directed Nevada’s EPSCoR program and served as an advisor on the EPSCoR programs of several other states, including Arkansas, Nevada, Maine, Rhode Island, Kansas, Nebraska, Vermont, South Carolina and Kentucky.

“It’s an honor to be named an AAAS Fellow for my research into plant physiological ecology and my work as a higher education administrator,” Coleman said. “I have been so lucky to pursue two true passions – to work with outstanding colleagues and students to try and understand the amazing process of evolution in shaping the extraordinarily cool ways that plants have adopted physiological processes to deal with stressful environments, and to help major research institutions and entire states build a vibrant research enterprise leading to advancement of science and the commercialization of innovation.”

Coleman earned a bachelor’s degree in forestry from the University of Maine and master’s and doctoral degrees from Yale University’s School of Forestry and Environmental Studies. He conducted postdoctoral work at Stanford University and Harvard University.

Coleman and other new AAAS Fellows will be honored Saturday, Feb. 15, during the 2020 AAAS Annual Meeting in Seattle, Washington.

In addition to Coleman, current U of A faculty who are AAAS Fellows are:

About AAAS: The American Association for the Advancement of Science is the world’s largest general scientific society and publisher of the journal Science, as well as Science Translational Medicine; Science Signaling; a digital, open-access journal, Science Advances; Science Immunology; and Science Robotics. AAAS was founded in 1848 and includes more than 250 affiliated societies and academies of science, serving 10 million individuals. Science has the largest paid circulation of any peer-reviewed general science journal in the world. The nonprofit AAAS is open to all and fulfills its mission to “advance science and serve society” through initiatives in science policy, international programs, science education, public engagement, and more. For additional information about AAAS, see www.aaas.org.