CNN Executive to Serve as Ethics in Journalism Visiting Professor 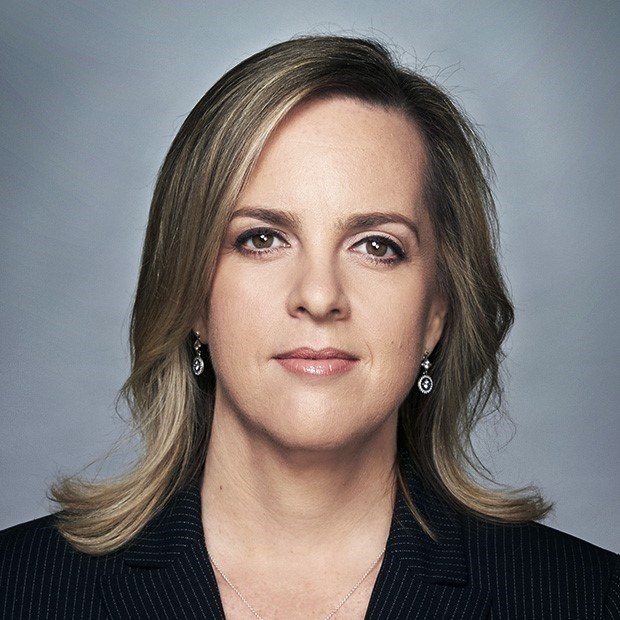 FAYETTEVILLE, Ark. – Veronica Molina, the vice president for news standards and practices at CNN Worldwide, is conducting lectures on inclusiveness and ethics in journalism through Nov. 15 at the University of Arkansas.

Molina, who was appointed as the spring 2020 distinguished visiting professor at the Center for Ethics in Journalism, wanted to visit the U of A before her official start date. Molina oversees standards and practices for CNN's domestic and international TV programming, newsgathering and digital content, and partners with those departments to ensure that the network's reporting is fair, accurate and responsible. Molina and her team review breaking news, long-form and investigative content that is sensitive, controversial or that alleges wrongdoing.

Molina plays a crucial role in ensuring that CNN platforms are inclusive and challenge conventional viewpoints. She also conducts seminars on ethics in journalism for CNN employees. As a leader in diversity efforts, she organized internal company-wide conversations and editorial panels about critical issues, including "The Importance of the Hispanic Vote" and "Being Muslim in America."

Raymond McCaffrey, director of the U of A Center for Ethics in Journalism, said that students will have the rare opportunity to learn from a top newsroom leader from a major news outlet at a time when journalists are being pressed to report about a more diverse and complex world while they also are answering widespread attacks on their credibility.

"Vero will not only be able to give students a glimpse at the state of journalism today, but also offer insight into what the profession will be looking for from the practitioners of tomorrow in terms of journalistic skills and ethical knowledge," McCaffrey said.

One of Molina's first seminars is with student media leaders in Sue Walk Burnett Journalism and Student Media Center in Kimpel Hall. The center, designed to house all student journalism media programs, debuted in October 2018.

"Diversity and inclusion are essential components in today's newsroom," said Robyn Starling-Ledbetter, director of student media. "No matter what other programs you put in place, they won't be effective if student journalists are showing bias or prejudice in their day-to-day decisions. This diversity and inclusion training will open their eyes to wider perspectives and help them perform better."

Molina also negotiated partnerships with outside organizations for cross-platform editorial projects on under-reported topics and minority groups. She has demonstrated that diversity business initiatives grow ratings, digital engagement and business revenue. She was awarded the 2017 CNN Diversity Ovation award.

"Veronica Molina will bring timely, relevant and up-to-date teaching to both our students and faculty," said Larry Foley, chair of the School of Journalism and Strategic Media. "She's involved in varied projects that are impactful across media lines, and it's going to be rewarding to engage in her practices and vision.

We're honored she accepted our invitation."

Molina joined CNN in 2011 after working at Telemundo for nine years. She was senior producer for the national nightly newscast Noticiero Telemundo, in charge of investigations, special events coverage, sponsored series and creating the overall strategy for online enterprises. She garnered the National Association of Hispanic Journlists' award for best investigative report for a series highlighting the dangers of hospital-acquired infections in the United States.

Before that, she wrote and produced long-format investigative, political, consumer and breaking news stories for the newsmagazine program Sin Fronteras. She was part of the team honored with the Dalton Pen Award for Excellence in Journalism.

She holds a bachelor's degree in journalism and a master of business administration from Florida International University. She is a graduate of the Executive Leadership Development Program at the University of Virginia's Darden School of Business and was honored with NAMIC's 2018 "Next Generation Leader" award.

For more information, contact Renette Smith McCargo, assistant director of the Center for Ethics in Journalism, at rmccargo@uark.edu or 479-575-7047.