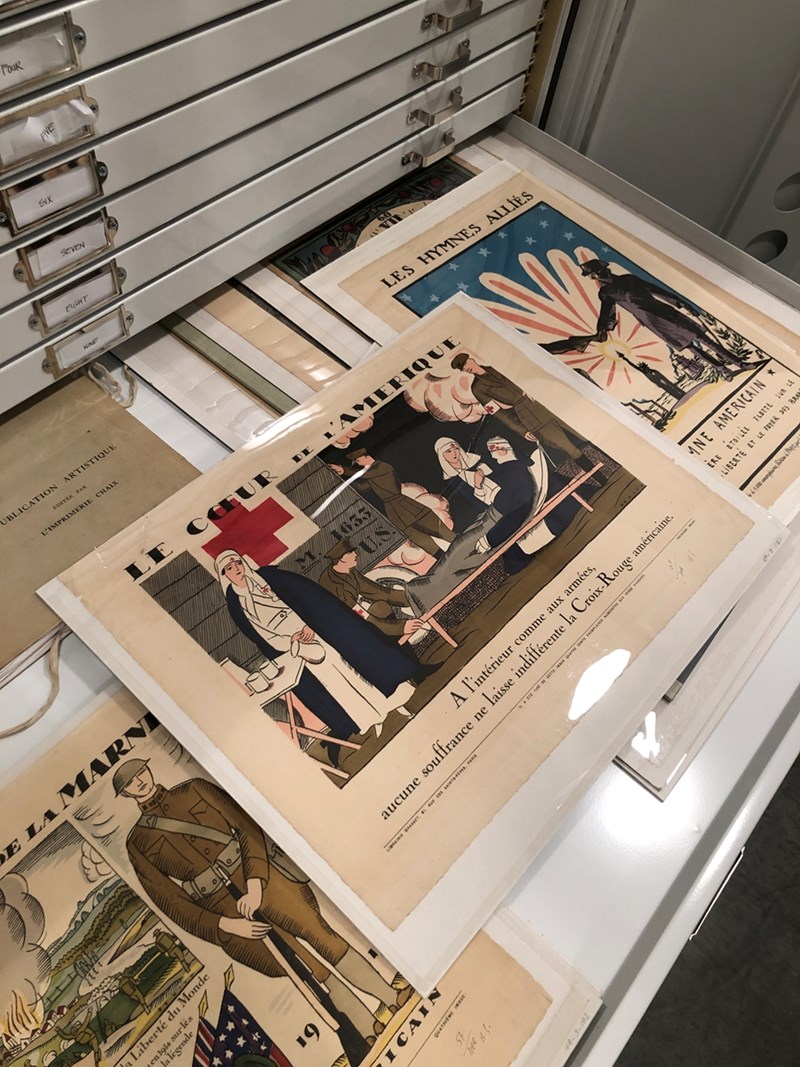 WWI posters given to the state of Arkansas from French citizens on the Merci Train, February 1949.

Bonjour from across the Atlantic! Join us at the University of Arkansas Museum to uncover an often untold and forgotten story about Arkansas and the aftermath of World War II.

The museum will host its Monthly Speaker lecture at 7 p.m. Thursday, Nov. 14, in the Arkansas Archeological Survey building, at 2475 N. Hatch Ave.

This free event will feature Museum Curator Laurel Lamb and provide visitors the opportunity to see artifacts from the history collections. The display will especially appeal to those with an interest in art or World War II.

During her lecture, Lamb will discuss the Merci Train and how it relates to northwest Arkansas. Formed by French citizens, it was created in response to the corresponding U.S. Friendship Train. Shipped in 1947, this Friendship Train was an effort on the part of U.S. citizens to provide aid supplies to the devastated countries of Western Europe, particularly France and Italy.

Despite having so little of their own at the time, the French people responded with the Merci Train in 1949 to express their gratitude. Gifts of sentimental, artistic, and historic nature were sent to every state, including Arkansas. Once in Arkansas, the gifts were dispersed to various museums around the state, including the U of A Museum.

For those who can't make the 7 p.m. start, the museum will also be hosting a booth in the Arkansas Student Union in front of the food court from 11 a.m. to 2 p.m. Wednesday, Nov. 13. This table will include a selection of the museum's Merci Train material and give visitors the opportunity to speak with museum staff.

In addition to Lamb's lecture, this event will also include free parking and snacks. This event is free and open to the public.