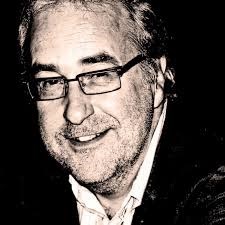 Upon the Nazi invasion of France in 1940, Simone Weil penned one of her most renowned essays dealing with the relation between force and the foundation of the city, titled "The Iliad, or the Poem of Force." Roberto Bolaño's 2004 novel 2666 is a fictionalized attempt to approach the murder of hundreds of working class women in and around the city of Santa Teresa (Ciudad Juárez) in the deserts of northern Mexico from the 1990s to the present. The novel also offers a sustained reflection on the double originality of the political, that is, the constitutive relation between reason and force. Williams' talk addresses how at the heart of Bolaño's novel's aesthetic is the questioning of the relation between war as the register and experience of the everyday and the contemporary grasped as (im)possible metaphorization, which in turn raises the question of what is possible in literature, in life, in the face of death.

Williams is one of today's key thinkers on Latin American politics and culture. He is chair of the Department of Romance Languages and Literatures at the University of Michigan and professor of Latin American studies and critical theory. He is the author of The Other Side of the Popular: Neoliberalism and Subalternity in Latin America (2002), The Mexican Exception: Sovereignty, Police, and Democracy (2011), Infrapolitical Passages: On Decontainment and Narco-Accumulation (2019), and numerous articles examining the relationship between cultural history, literature, and political philosophy.