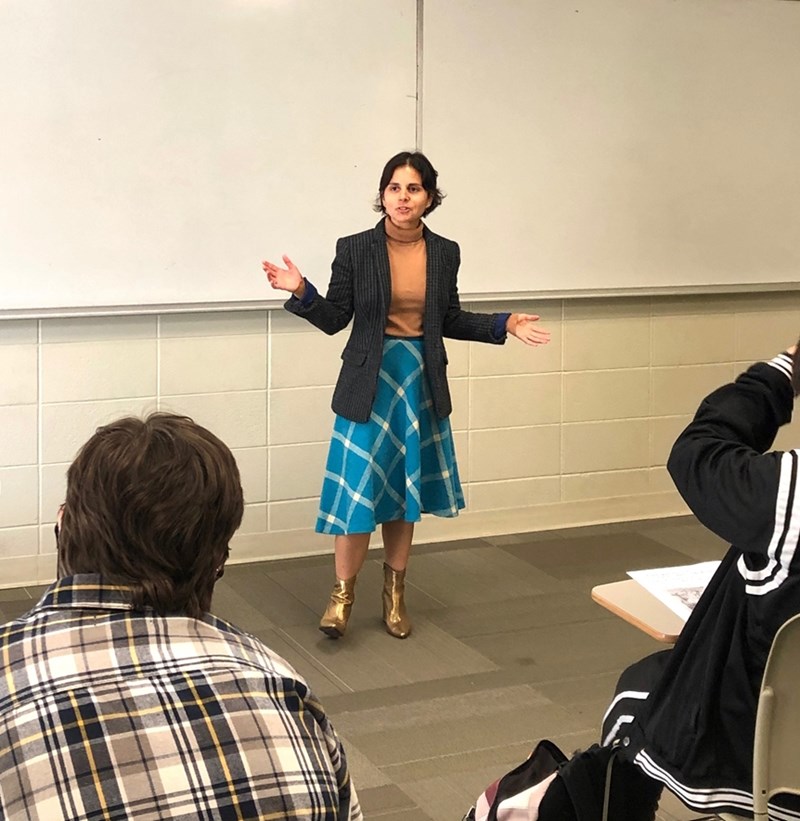 The Department of History has launched its first course specifically focusing on LGBTQ-plus history this semester, building upon a strong focus on the history of gender in the department. Assistant professor Ren Pepitone designed the course with two goals in mind. The first was to insist that LGBTQ-plus people have a history; the second is to make clear that that history begins long before the 1969 Stonewall Riots or the 1980s AIDS crisis.

"People have expressed what we might term queer desires or enacted non-normative forms of embodiment long before the terms 'homosexuality,' 'lesbian,' 'transgender,' etc. were in use," Pepitone said. "So if you want to find LGBTQ-plus people from two or three hundred years ago you can't search for those words."

Pepitone also makes clear that past people's desire and embodiment usually does not map neatly onto present categories of sexuality and gender. "What I am doing in this class is giving students the tools to locate LGBTQ-plus people in the archive and the historical context to apprehend how those people might have been understood by their societies."

The course explores bodies and desires and how ideas about them changed from the sixteenth century to the present day. Students examine a range of primary sources — from medical texts to diaries, trial transcripts to podcasts — as well as secondary scholarship, to trace the lineage of the categories and practices related to lesbian, gay, bisexual, transgender, queer, and intersex identities and to place them in a broader historical context.

The course asks questions including: who defined which bodies or sexual practices would be considered deviant; when and why did those ideas transform; when and why did the western world devise the terms lesbian, gay, bisexual, transgender, queer, and intersex, and when did those terms became linked. It includes a range of historical actors, from 'mollies' and 'female husbands,' to Crow botés, intersex surgical patients, and performers in Harlem drag balls.

"The department is excited that professor Pepitone has expanded our curriculum in this critically important way," said James Gigantino, professor and chair of the Department of History. "Queer studies is at the forefront of gender history and has been a largely neglected field nationally until recently. We are happy to begin regularly offering this course to challenge students to think critically about their own conceptions about the past."

LGBTQ-plus Histories (HIST 3333) will be offered again in fall 2020 by professor Pepitone.