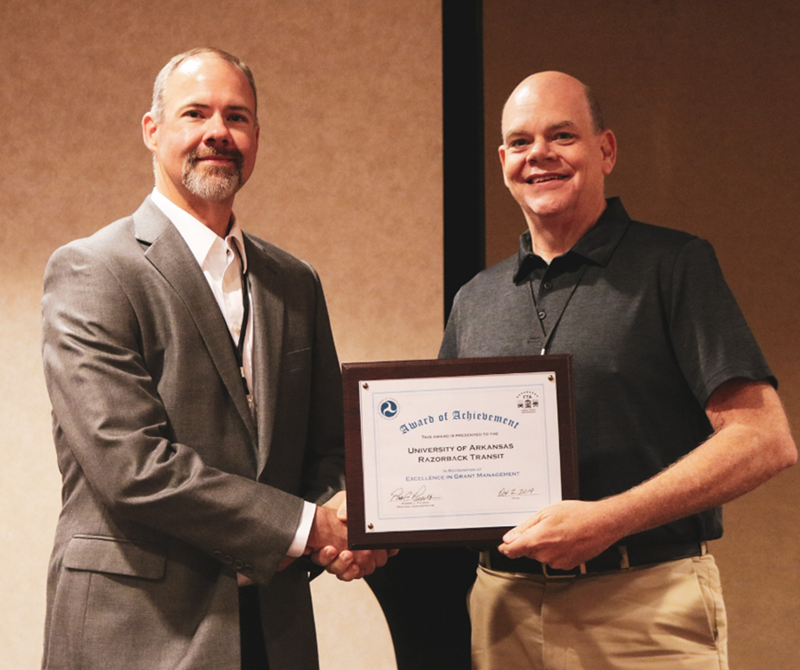 Razorback Transit serves the University of Arkansas campus and much of Fayetteville, and receives some of its operating budget from federal grant monies.

It was recognized with the award during the Arkansas Public Transportation Conference that took place Oct. 7-9.

Transit and Parking Associate Director Adam Waddell, who is the director of Razorback Transit, accepted the award on behalf of everyone who works within the transit organization on campus.

The Arkansas Public Transportation Conference is held annually by the Arkansas Transit Association.

Razorback Transit has been running on reduced routes during fall break, but will return to full service when classes resume on Wednesday.