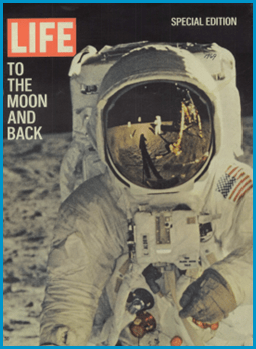 "We greatly appreciate the campus community's involvement in helping to shape our collections," said Joel Thornton, interim associate dean for research and learning. "A critical aspect of our mission is acquiring and providing access to knowledge and diverse content that supports research, teaching and learning. We look forward to continued campus engagement as future database trials are explored."

The Time Magazine Archive offers more than 4,000 issues published between 1923 and 1980, covering the news of the world: the national and international political scene, sports achievements, entertainment news and profiles of public figures. Browse entire issues in PDF format to travel back in "Time" to the days when doctors recommended cigarette brands and airlines promised gourmet cuisine.

The LIFE Magazine Archive covers more than 2,000 issues published between 1936 and 2000. LIFE delivered gripping images — from the hot fronts of the Spanish Civil War, Normandy and Vietnam to the Cold War Kitchen Debate between Nixon and Khrushchev. Explore the history of design and fashion with photo essays on topics such as "The Kitchens of Tomorrow" (1943) or "Dior's New Look" (1951).

LIFE and Time both featured intimate profiles of Mercury, Gemini and Apollo NASA astronauts and their families. These archives present especially rich sources for understanding the excitement of the 1969 moon landing and all of the scientific and manufacturing advances, personal sacrifices and political maneuvering that went into the success of the Apollo missions.

The Baltimore Afro-American, also called the Afro, is the longest-running newspaper owned by an African American family. It was founded by Civil War sergeant John H. Murphy Sr. in 1892.

The Chicago Defender was one of the most influential African American newspapers of the twentieth century, covering topics from Jim Crow laws to the Great Migration to the Red Summer Riots of 1919. The paper is still published online.