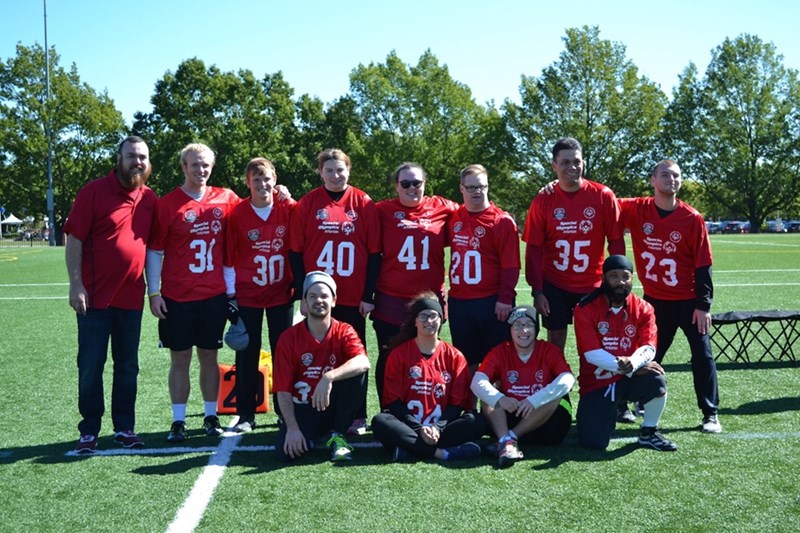 The University Recreation Intramural Sports program hosted the Special Olympics Unified Rivalry series against Arkansas State on Saturday, Oct. 12, at the UREC Sports Complex. Local Special Olympics athletes from Lifestyles Inc. played on the University of Arkansas team where people with and without intellectual disabilities play on the same team, breaking down stereotypes and leading to a quick path of friendship and understanding.

"My words of advice to our team was the same as always — 'Let me win, but if I cannot win, let me be brave in the attempt' — the Special Olympics Oath," said Krista Thomas, University of Arkansas coach from Lifestyles Inc. "These athletes train weekly together and have become a very close-knit group," said Thomas.

The Unified Rivalry game has been played at the University of Arkansas for the past three years. This was the fifth Rivalry match, but it was the first one against Arkansas State. The three years prior to this match-up have been against Mizzou.

Special Olympics has a long history in playing unified at the college sport level. Across the nation, there are over 200 Special Olympic college clubs that play Unified Sports to build inclusion on campus.