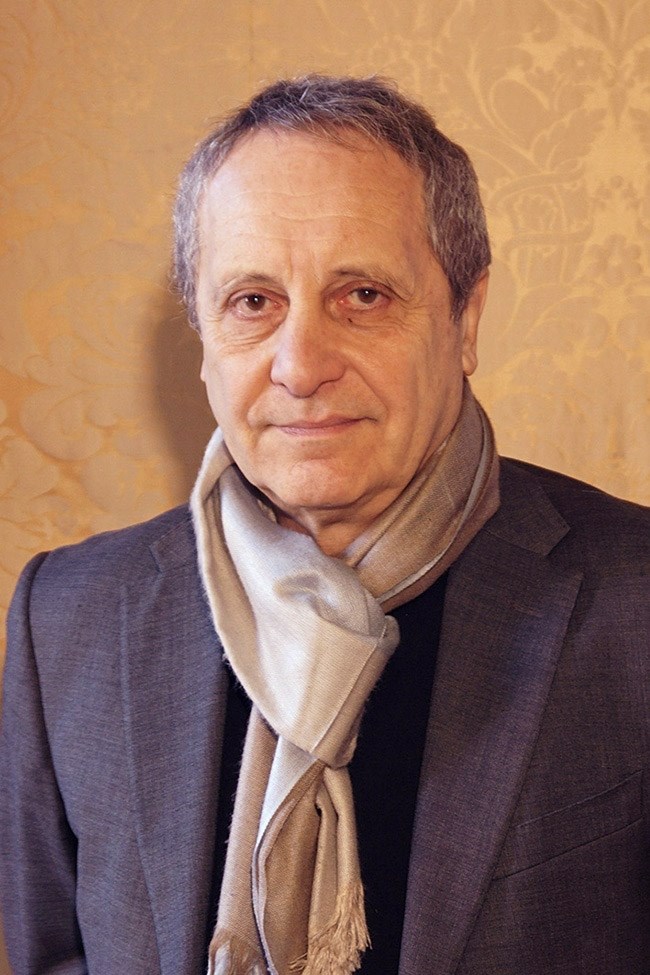 Davide Vitali has retired as director of the University of Arkansas Rome Center and professor of architecture in the Fay Jones School of Architecture and Design.

FAYETTEVILLE, Ark. – Davide Vitali has retired from his position as director of the University of Arkansas Rome Center and professor of architecture in the Fay Jones School of Architecture and Design.

His retirement, effective Sept. 12, is a transition that began late last year and was planned at Vitali's request. Although he is retired, Vitali will assist in a transition at the Rome Center, and he will begin work on a monograph on architecture in Rome.

Vitali has been a faculty member at the university and Fay Jones School for 35 years, rising from an instructor level position to full professor within the Department of Architecture and the school. Under Vitali's leadership, the school initiated a summer study program in Italy in 1986. In 1989, the school began offering students the opportunity to live and study in Rome for a semester. That initiative became the year-round Rome Program and, ultimately, the U of A Rome Center.

"I am leaving the Fay Jones School of Architecture and Design after 35 fabulous years," Vitali said. "Thanks to the vision of the school, we founded the University of Arkansas Rome Center, and we grew it from 20 students to a full-year program of about 500 participants. I am proud of the accomplishments, and I am grateful to the school community, the deans, faculty, students, staff and alumni that, for many years, contributed to this lifetime project. Now that I am leaving the responsibilities of the Rome Center direction and my faculty position, I will focus on one of the passions of my life: architecture. I will bring with me beautiful memories and many, many friends."

In the last three years, Vitali has attained attendance records and achieved increased attendance of U of A students for intersession and summer programs as well as developing semester-long academic programs to compliment the cornerstone architecture programs. He built multiple strong partnerships with outside universities that have participated academically at the Rome Center. He helped to develop strong relationships with universities, ministries, and arts and architecture institutions within Rome and Italy for the benefit of U of A students and faculty.

"We are deeply grateful for Davide's leadership in Rome. He had a strong, clear vision for international education, particularly in architecture and design, and charted a path we are still following as a school and as a university," Dean Peter MacKeith said. "Davide contributed to a generation of our students' education, and to the education of many members of the faculty, as well, through his generous, warm and wise presence at the helm of the Rome programs, facilities, staff and curriculum."

In addition to his work with the U of A Rome Center, Vitali leads an architecture, interior and furniture design firm based in Rome. His design work has garnered international recognition, and his furniture designs have been published in numerous journals and exhibited in Milan and Rome.

In 2016, Vitali facilitated the management shift of the Rome Center from the Fay Jones School to the Graduate School and International Education at the university.