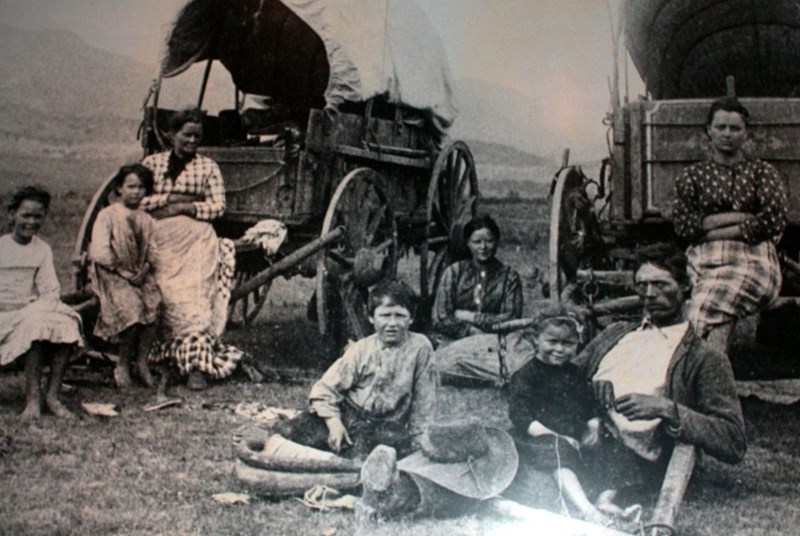 From 1841 to the dawn of the Civil War, more than 325,000 Americans embarked on a grueling overland migration that renowned historian Elliott West describes as "one of America's most familiar and least appreciated events of the 19th century. It's something we think we know about — but we don't."

Thanks to early photographs, beloved books, and vintage Westerns, the images are familiar, but the reality, from environmental devastation to shifts in gender politics, is far more interesting than Hollywood's Technicolor vision. West, a distinguished professor of history in the J. William Fulbright College of Arts and Sciences, will shed new light on this game-changing moment in American history in his Honors College Mic lecture, "The Overland Trail: Window on America," at 5:15 p.m. Tuesday, Oct. 15, in Gearhart Hall Auditorium (GEAR 26).

One of the chief drivers of the migration was growth: between 1845 and 1848 the U.S. added 1.2 million square miles with the acquisition of Texas, the Pacific Northwest and the Mexican Cession. When miners struck gold in California in 1848, "the balance of people, power and culture tilted steeply to the West," producing a convergence of cultures and peoples.

"Looking at the left hand side of what's today the map of the lower forty-eight states, all of a sudden you had farm lads out of Alabama, Cantonese miners digging gold, Hispanic merchants, Blackfoot bison hunters, African slaves, Washoe Indians hunting rabbits and snakes, Pueblo corn growers and a lot more," West said. "You couldn't find a more random sampling of people across the globe."

As Americans moved west to take advantage of the enormous resources there, new opportunities opened up for women, especially after the discovery of gold, which prompted an overwhelmingly male migration.

"All of a sudden, all of these men were on their own, having to do things women had done for them, just sort of flopping around. Who knew it was so hard to cook?" West joked. Meanwhile, back east, thousands of women began to take on traditionally male roles — farming, paying the mortgage, repairing equipment.

The westward expansion also brought more than 350,000 native peoples within the nation's borders, sparking collisions with newcomers. West will discuss how these meet ups really played out, along with ruinous environmental impacts, devastating epidemics, and campground encounters between Northerners and Southerners that foreshadowed the next pivotal event in American history — the Civil War. 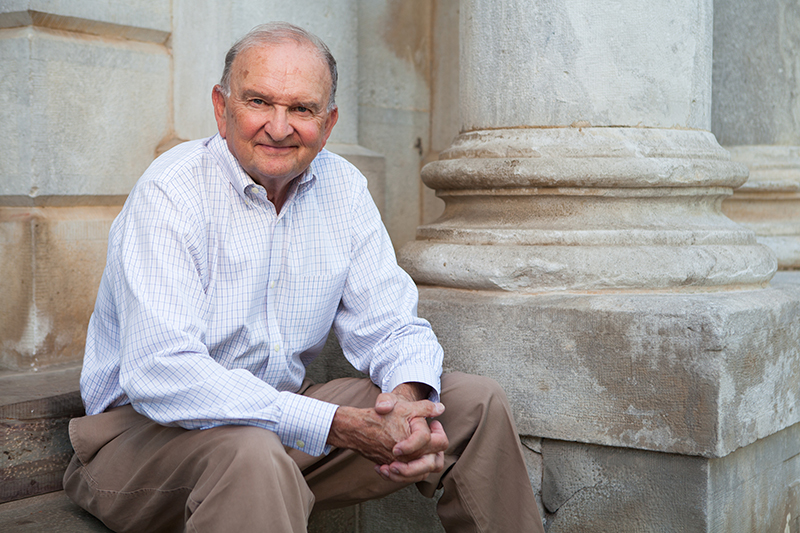 Elliott West is an award-winning historian of the American West. Two of his books, Growing Up With the Country: Childhood on the Far-Western Frontier (1989) and The Way to the West: Essays on the Central Plains (1995) received the Western Heritage Award. The Contested Plains: Indians, Goldseekers, and the Rush to Colorado (1998) received five awards including the Francis Parkman Prize and PEN Center Award. His most recent book is The Last Indian War: The Nez Perce Story (2009).

The Honors College Mic series showcases top faculty on campus with expertise on fascinating topics. Overall, these lectures foster intellectual conversation at the University of Arkansas through shared dialog between lecturer and student, faculty and staff, and the wider populace.