Ungar to Be Inducted as Fellow of Arkansas Academy of Computing 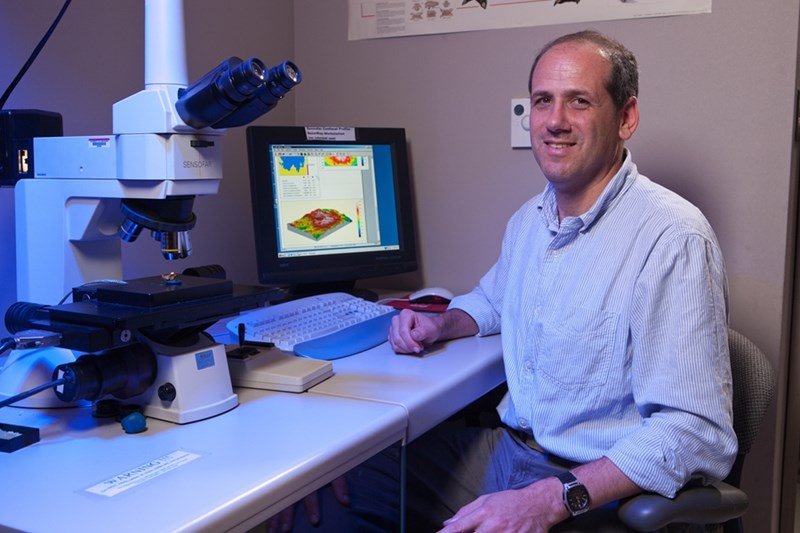 A University of Arkansas anthropology professor will be inducted as a fellow of the Arkansas Academy of Computing for his contributions to computing in Arkansas.

Peter Ungar, Distinguished Professor in the Department of Anthropology and director of the Environmental Dynamics doctoral program, will be inducted Oct. 11 in Little Rock.

"I am honored to be inducted as a fellow of the Arkansas Academy of Computing," Ungar said. "I look forward to joining this prestigious group of innovators in the state of Arkansas."

Founded in 2006, the Arkansas Academy of Computing began within the University of Arkansas Computer Science and Computer Engineering Department in Fayetteville. Since its formation, the organization has expanded its charter to be a statewide resource to advance computing and information technology.

The Arkansas Academy of Computing goals are to recognize persons who have made significant and sustained contributions to the computing profession; to support and promote computing and information technology education at all levels; to promote computer literacy; and to promote professionalism in the field of computing.

Ungar is known primarily for his work reconstructing diet and environments from fossil teeth with the help of automated surface characterizations derived using a variety of innovative technologies. He has spent thousands of hours observing wild apes and other primates in the forests of Latin America and Indonesia, studied fossils from tyrannosaurids to Neandertals, and developed new techniques to tease information about ecology and evolution from tooth shape and patterns of use wear. He has also conducted research on oral health of the Hadza peoples of Tanzania, the last remaining hunter-gatherers in Africa.

Ungar has written or coauthored nearly 200 scientific works for journals, books, and other media, including Science, Nature, Proceedings of the National Academy of Sciences, Scientific American, and Philosophical Transactions of the Royal Society. These have focused on teeth, food choices and feeding in living primates, and the role of diet and environmental change in the evolution of human ancestors and other fossil species. He has also edited or co-edited edited three volumes focusing on ecology and evolution, and his academic book, Mammal Teeth: Origin, Evolution, and Diversity (Johns Hopkins University Press), won the PROSE Award from the Association of American Publishers for best book in the biological sciences. His recent popular science titles, Teeth:  A Very Short Introduction (Oxford University Press) and Evolution's Bite (Princeton University Press) are available on bookstore shelves and online.

Ungar's work has been featured in a recent TED-Ed video and documentaries on the Discovery Channel, the Science Channel, BBC Television, and others. He has given dozens of invited talks and keynote addresses at venues around the world, including the Royal Society and Royal Institution in London, the World Health Summit in Berlin, the Smithsonian Institution in Washington, D.C., and the American Museum of Natural History in New York.