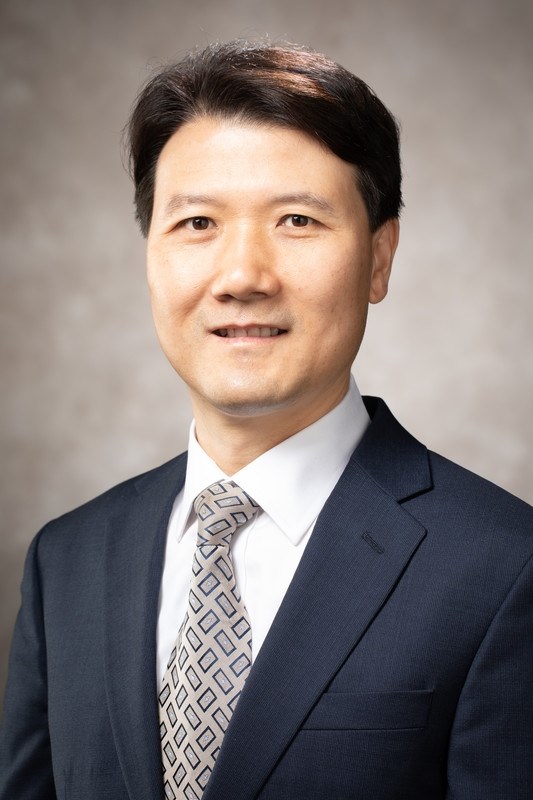 Funding from the Army will allow a faculty member from the Department of Computer Science and Computer Engineering to build a device that can process huge data sets more than 100 times faster than previous technology.

Justin Zhan, an Arkansas Research Alliance Scholar and professor of data science, will build a GPU cluster, a network of computers equipped with graphics processing units, that can perform calculations at least 100 times faster than a central processing unit, or CPU.

The GPU provides an advantage because it processes data in parallel, while the older CPU processes it sequentially. That means the CPU performs one calculation at a time, then moves on to the next. The GPU can perform 100 calculations simultaneously.

Zhan, who joined the faculty in August, was awarded $200,000 from the Army Research Office to build a GPU cluster to be used for big data research and education at the University of Arkansas. He said the device is key for expanding the breadth of data research at the U of A.

"This GPU cluster will be used for data-intensive research," Zhan said. "Deep learning, AI, these concepts can be used in many different areas — biomedical computing, neuroscience, quantum computing. It also has uses in industries like agriculture, education, any area that can benefit from being able to analyze large amounts of data."

"When we deal with large networks like social networks or biological networks, there's an enormous number of nodes and linkages among those nodes," Zhan said. "If you think about that as a graphic, that represents a colossal graph. How do we analyze those efficiently? That's been a challenge for two decades. This project is trying to provide a facility that allows us to analyze and alleviate those problems."

Courses in deep learning and big data analytics will especially benefit from the technology, he said. Deep learning is part of a broader family of machine learning methods based on artificial neural networks to process information.

"This will be a significant contribution to the state plan for data analytics and data science, and will be a boost to the University of Arkansas and we work to expand our capabilities in these areas," he said.

Zhan said he plans to pursue more grants to expand the cluster.