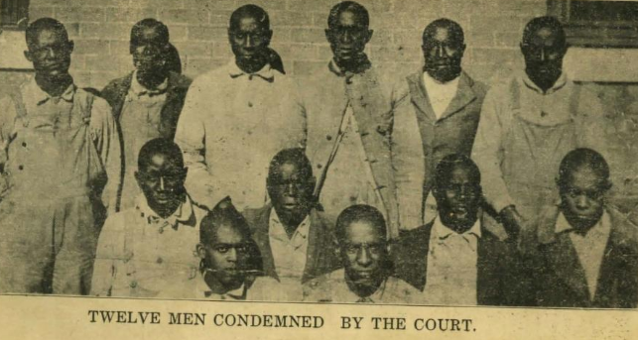 LITTLE ROCK, Ark. – As part of efforts to mark the 100th anniversary of the Elaine Massacre, the Diane D. Blair Center for Southern Politics and Society at the University of Arkansas is sponsoring "Elaine at 100," an academic conference about the intersections of race, labor and violence in the lower Mississippi Valley.

This free conference, which will be Thursday and Friday, Sept. 26-27, at Mosaic Templars Cultural Center in Little Rock, is open to students, teachers and everyone interested in the region's violent past.

The Elaine Massacre began Sept. 30, 1919, when a posse of white plantation bosses and deputies met resistance as they attempted to break up a meeting of black sharecroppers and tenants belonging to the Progressive Farmers and Household Union. During the ensuing week, gangs of whites rampaged through Phillips County, searching for union members and killing at least 200 African Americans. It was perhaps the deadliest riot in American history.

The 21 scholars and activists presenting papers will explore not only the events in Phillips County, but also the larger history of race, labor and violence in the region. Together these papers will demonstrate that far from being an isolated incident, the Elaine Massacre was just one manifestation of the region's troubled contests concerning racialized labor systems. The concluding session on Friday afternoon will focus on the legacies of this violence for the contemporary South.

Two of the nation's foremost scholars of race in modern America — Adolph Reed Jr. and Kenneth W. Warren — will deliver the conference's keynote address. Their presentation will be at Philander Smith College on Thursday, Sept. 26, at 7:30 p.m. in Nugent Conference Room, which is located in the Harry R. Kendall Center. The keynote entitled "Reinvigorating the Race Relations Regime: Elaine, Arkansas, the Red Summer and the Harlem Renaissance" will explore how black elites pushed to improve race relations in the decade after the First World War rather than call for redistributive policies that would address the economic inequality at the center of conflicts like those at Elaine.

Reed, who spent much of his youth in Pine Bluff, is professor of political science at the University of Pennsylvania. He has also held positions at Yale, Northwestern and the New School for Social Research. He is author of several books, including Stirrings of the Jug: Black Politics in the Post-Segregation Era and W.E.B Du Bois and American Political Thought, and is a regular contributor to The Nation and Jacobin. Warren is the Fairfax M. Cone Distinguished Service Professor in the Department of English at the University of Chicago. He is the author of What Was African American Literature?, So Black and Blue: Ralph Ellison and the Occasion of Criticism, and Black and White Strangers: Race and American Literary Realism. He has also contributed to the Boston Review, Los Angeles Review of Books, and Jacobin.