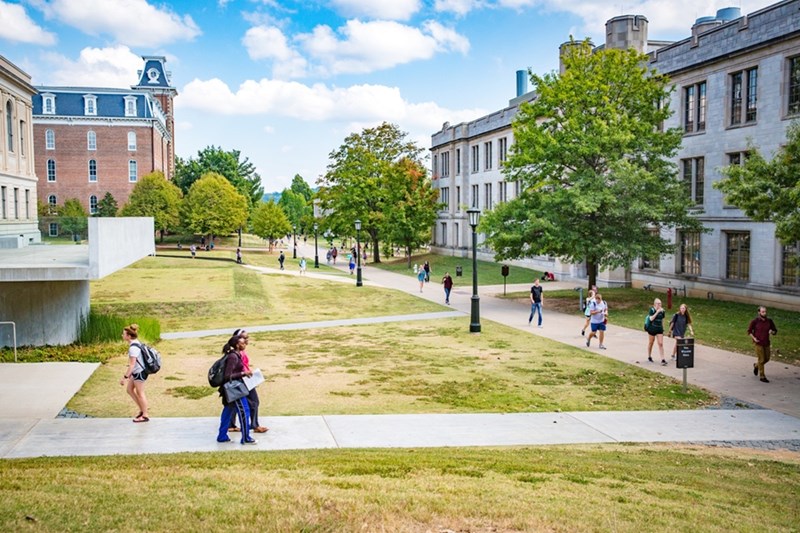 FAYETTEVILLE, Ark. – The University of Arkansas welcomed 27,559 students to campus for the fall 2019 semester while setting new records for retention and graduation rates according to preliminary numbers.

While enrollment topped 27,500 for the third year in a row, this year’s total fell a little short of last fall’s record of 27,778, an indication that the size of the university’s enrollment is stabilizing after two decades of unprecedented growth.

“We were the fastest-growing land-grant university in the country from 2007-2017, according to Bloomberg, but we knew that could not continue forever and have been planning for an enrollment landscape that has fewer high school graduates nationally and in Arkansas,” said Suzanne McCray, vice provost for enrollment management and the dean of admissions. “We have achieved a student body size that works well for our campus and for the needs of our students and faculty. Sustainable growth that matches infrastructure development is important going forward. Quality and targeted growth will continue to be our goal, and we feel well positioned to attain it.”

Arkansans made up 51.8% of the incoming freshman class of 4,601. While the number of freshmen is down from last fall, Graduate School enrollment, now 4,170, grew by 146 students or an increase of 3.6% since last year.

“We believe our focus on enhancing the academic support and services that we provide to our students is paying off,” said Jim Coleman, executive vice chancellor and provost. “The four-year graduation rate increased from 42.1% to 51.8%, in just four years. This means we are really making progress on students graduating on time, and thus taking on less debt. And the addition of a center dedicated to student success, essentially a one-stop shop for student support, will only increase our ability to help students excel with their studies while staying on course to graduate on time.”

Construction of a new Student Success Center will begin this fall. The center will serve as a hub for the university’s personalized academic, financial and social support system for students. Centrally located on campus, just north of Old Main and adjacent to Memorial Hall, the center will also house all of the new student success programming and inititatives. The 71,000-square-foot center is scheduled to open in early 2022.

The incoming class of degree-seeking new freshmen equaled the records set by last year’s incoming class with an average ACT score of 26.3 and average high school GPA of 3.72.

There are 23,025 undergraduate students enrolled this fall. A total of 364 students are enrolled in the School of Law, including 23 agricultural law students.

These numbers are based on the 11th day enrollment “snapshot” required by the Department of Higher Education, and taken this year on Sept. 10. The numbers are expected to change slightly as corrections are made and officially reported in October.