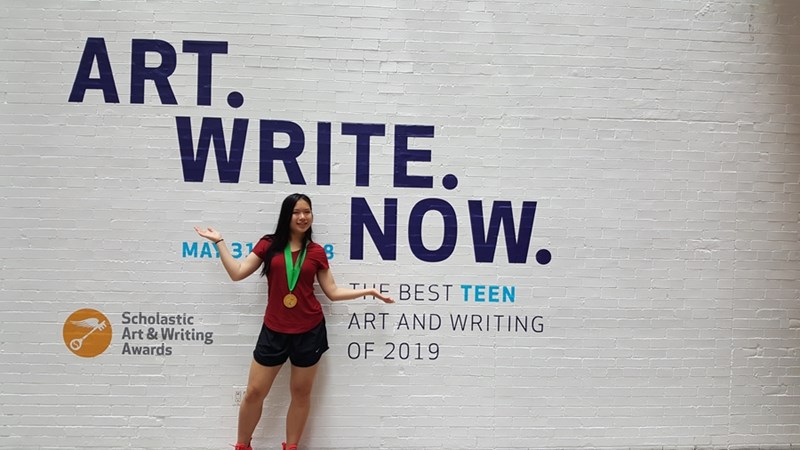 Local student Alice Cai, 16, recently became a published author with a story she started at a U of A writing camp

Alice Cai, a 16-year-old Fayetteville High School Student, recently published her debut children's book based on a draft she started in 2014 at the Northwest Arkansas Kidswrite Summer Camp — now called the Young Writers Camp — which is organized by the University of Arkansas.

"I very much appreciate the experience and inspiration gained during that period," Cai said. She expressed her gratitude in the book acknowledgement.

Cai's book, Crowned: The Legend of the Three Bears, is available at Google Books, Barnes and Noble, Amazon, and other retailers.

The book tells the story of good King Alfred of the Bear Kingdom. He passes away, leaving behind a powerful magic jewel, three young sons and no guidance as to which of them should take the throne.

Vicki Collet, director of Young Writers Camp and associate professor of curriculum and instruction at the U of A, said, "We are always pleased to hear of students' writing successes! Young Writers Camps give students tools for writing and encourages them to share their unique voices. Alice's publication is a wonderful example of why we do this work!"

Cai has been writing since she was 8, and Oghma Creative Media contracted Crowned in 2017.

"We were very pleased to have the chance to publish such a talented young author's first book," said Cyndy Miller, editorial director for Oghma Creative Media. "It's a carefully crafted, middle-grade book about family, loyalty, and friendship, told from the perspective of three young bear princes." 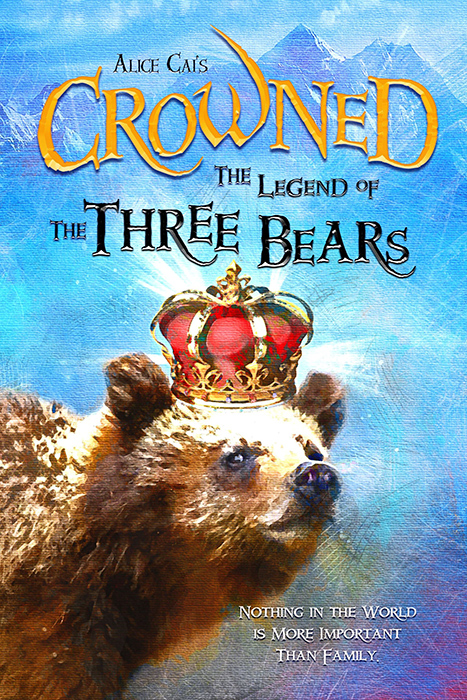 The book cover was designed by the publisher and the illustrations in the novel were drawn by Cai.

Cai's body of work has continued to expand and grow along with her. Just this year, Cai received the Best-in-Grade Award and Gold Medal from Scholastic Art & Writing Awards for her memoir Bowl of Noodles.

"My passion for stories began when I started producing audiobooks of classics at six years old," Cai said in a press release about her new book. "Inspired by these classics, I began writing stories of my own. This book started as a rather long short story I wrote at a University of Arkansas writing summer camp I attended when I was 11.

She said the plot is a classic fight-for-power storyline, but she decided to add a twist by making the characters animals. "Using bears as my characters felt like the best choice because it provided certain humorous insights into human nature without having to deliver the entire package of human behavior at once, which would be difficult for my younger self to tackle."

From the initial draft, Cai expanded the short story into a book, and rewrote and revised it countless times.

"Throughout the years that I worked on the book, I was also growing up and growing as a writer. I think my observations of people, politics, and power over the years definitely contributed to the central themes underneath the story," she said.

Cai is working on two more novels, one fantasy and one science fiction. She is also teaching a creative writing class on Sundays for grades 5 and up