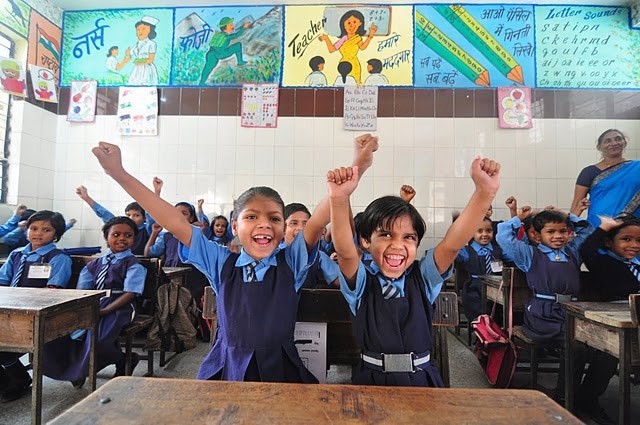 The results come from a "gold standard" experimental evaluation by a team of researchers from the U of A, North Carolina State University and Newcastle University in the United Kingdom. An article summarizing their findings was recently published by the peer-reviewed journal World Development.

The private school voucher program studied is in the Shahdara slum neighborhood of Delhi, India, and demonstrated positive effects on the test scores of participating children, especially girls, Wolf said. The initiative reduced the scores of the students on tests of Hindi language, however.

The study is one of only three experimental evaluations of private school voucher programs conducted outside of the United States.

Wolf, who served as co-investigator and co-author, is a distinguished professor of education reform and 21st Century Chair in School Choice at the U of A in the College of Education and Health Professions. He worked on the research project from the start, more than 10 years ago.

Co-investigator and co-author Anna J. Egalite is an assistant professor of education at North Carolina State University and received her doctorate from the U of A's Department of Education Reform under Wolf's mentorship. She received the College of Education and Health Professions' Alumni Achievement Award in 2017.

"We are especially encouraged that the English language gains are clearest for girls, as India is striving to move beyond its sad history of shortchanging the education of females," Egalite said.

The two U.S. researchers brought their expertise in school choice and experimental evaluation to the team, complementing the international development knowledge of Newcastle University researchers Pauline Dixon and Steve Humble. Dixon is Professor of International Development and Education while Humble is Head of Education in the School of Education, Communication, and Language Sciences.

The other experimental evaluations of private school voucher programs conducted outside of the U.S two took place in rural India and Bogota, Colombia.

Sixteen experimental evaluations of school vouchers have been carried out in the United States. Wolf led a study in Louisiana that concluded this spring as well as one in Washington, D.C., that ended in 2010.