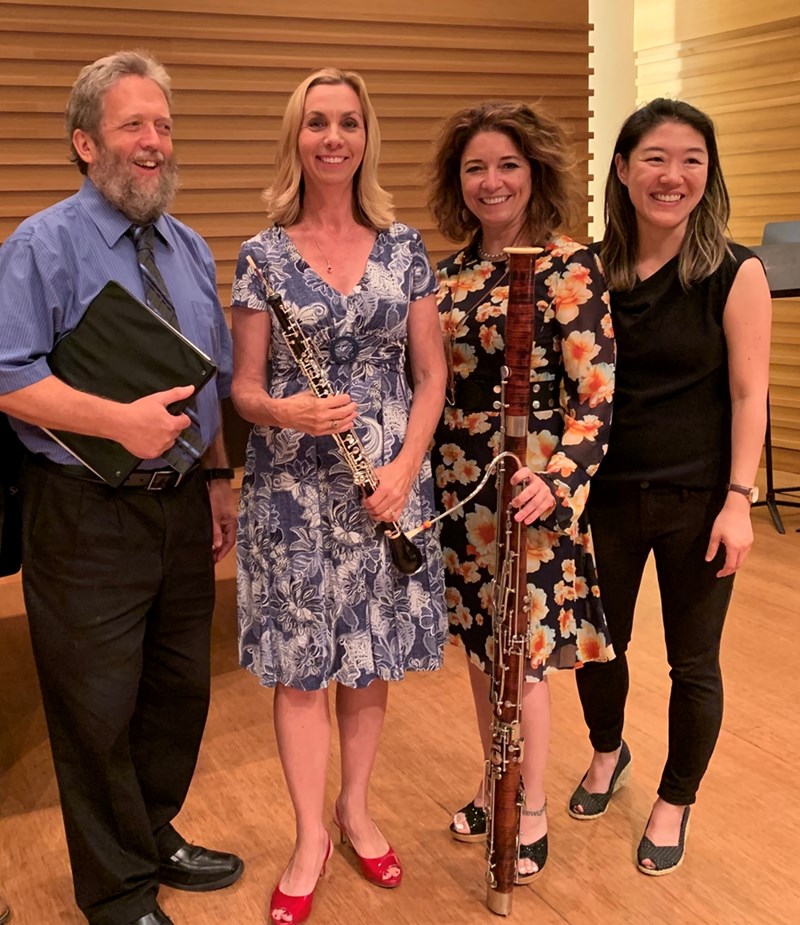 Four members of the U of A's Department of Music faculty performed during the week of July 15 at the International Double Reed Society Conference in Tampa, Florida.

Performances at the conference are by selective invitation only. The IDRS is a professional organization made up of oboe and bassoon performers and teachers.

Lia Uribe performed a recital called "Moods, Meditations, and Signs: Works for Contra + Bassoon," with colleague Leigh Muñoz from the University of Missouri.

Theresa Delaplain performed a recital called "Language of Love," featuring the oboe d'amore, collaborating with U of A music department colleagues Uribe, Er-Gene Kahng and Robert Mueller. The recital also included a new work, "Her Voice," composed by Mueller.

The International Double Reed Society hosts an international conference every year, which include performances, master classes, lectures, and displays of technological and artistic innovation.