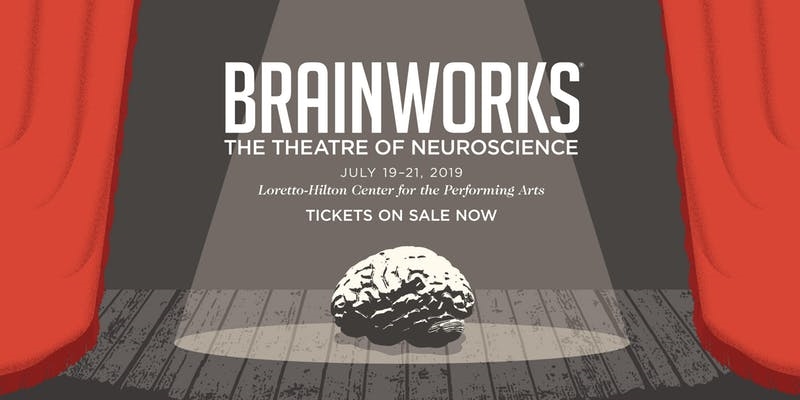 FAYETTEVILLE, Ark. – Work by the Department of Theatre's John Walch, assistant professor and head of the M.F.A. program in playwriting, will be featured in the upcoming series, BrainWorks: The Theatre of Neuroscience.

BrainWorks is a theatrical performance and future public television series exploring the wonders of the human brain by dramatizing real-life neurological cases to reveal the science behind brain diseases like Alzheimer's disease, epilepsy, brain tumors and stroke.

What happens inside the mind will first be dramatized on stage in "BrainWorks: The Theatre of Neuroscience" July 19-21 at the Loretto-Hilton Center for the Performing Arts in Saint Louis. The performances will be filmed in front of a live audience for a planned public television series.

This fascinating production is a collaboration between Washington University neurosurgeons Eric C. Leuthardt, M.D., and Albert H. Kim, M.D., Barnes-Jewish Hospital, the Nine Network of Public Media, and Walch. Walch wrote one of the four featured BrainWorks episodes and served as story editor of the entire series.

"Imagine a one-act play mashed up with a TED Talk," Walch said about the performances. "We have four distinct plays, each sourced mostly from the doctor's area of expertise with each episode focusing on a case study from one of those areas: stroke, epilepsy, brain tumors and Alzheimer's disease."

"This project began with the doctors, and their desire to share their research and what excites them about the incredible progress being made in their areas of research, and so they are the center of the evening, acting as hosts and, occasionally, actors in the context of each play," Walch said.

Walch's play, Double Windsor, focuses on a stroke victim who had lost the use of his left hand for a significant amount of time.

Dr. Leuthardt's team challenged the mindset that once movement is lost for a long time there was no hope in restoring use of the hand. His team developed a Brain Computer Interface that reads signals from the brain associated with the intent of movement, recodes those signals and sends the code to an intelligent glove that helps move the damaged hand.

"It's incredible what these two doctors are doing scientifically, and the impact those advances are having on human lives is profound," Walch said.

Marrying the scientific content with a human story is the purpose of BrainWorks, and Walch's play is "moving beyond words," said Seth Gordon, the director of the series.

In addition to writing the episode, Walch's role evolved into story editor for the entire series.

"John's other contribution was to take all four plays and provide the connective tissue that makes these four disparate one act plays a singular experience," Gordon said.

The project has been in development for years.

"It's been a fascinating ride," Walch said. "Working with Dr. Eric and Dr. Albert has expanded my understanding of the human brain, and you can't really fault someone for missing a story session when they are held up in, well, brain surgery."

The collaboration wasn't a one-way street though. While playwriting may not be brain surgery, Gordon said, "John's greatest contribution to the project was to collaborate with the creators, two brain surgeons who are geniuses in their field but relative novices in John's, and to make their work theatrical and human. His skill as a writer and his generosity as a collaborator truly made the success of this project possible."

The performances will be taped by the Nine Network of Public Media and the public television series will be made from the live event.  BrainWorks opens Friday, July 19. More information and tickets are available online.

About the Department of Theatre: The University of Arkansas Department of Theatre is a part of the J. William Fulbright College of Arts and Sciences. They combine a first-rate theatrical education full of hands-on experience with a wide selection of titles to challenge students and delight the community. The department offers the Bachelor of Arts degree in Theatre, a broad spectrum program in the context of a liberal arts education, and the Master of Fine Arts degree in six concentrations: Acting, Directing, Playwriting, Costume Design, Scene Design and Lighting Design. Classes at both undergraduate and graduate levels are focused on providing a strong, professional orientation to theatre performance and technology in conjunction with appropriate research-based coursework to address the required foundations in theatre history, dramatic literature and dramatic criticism.