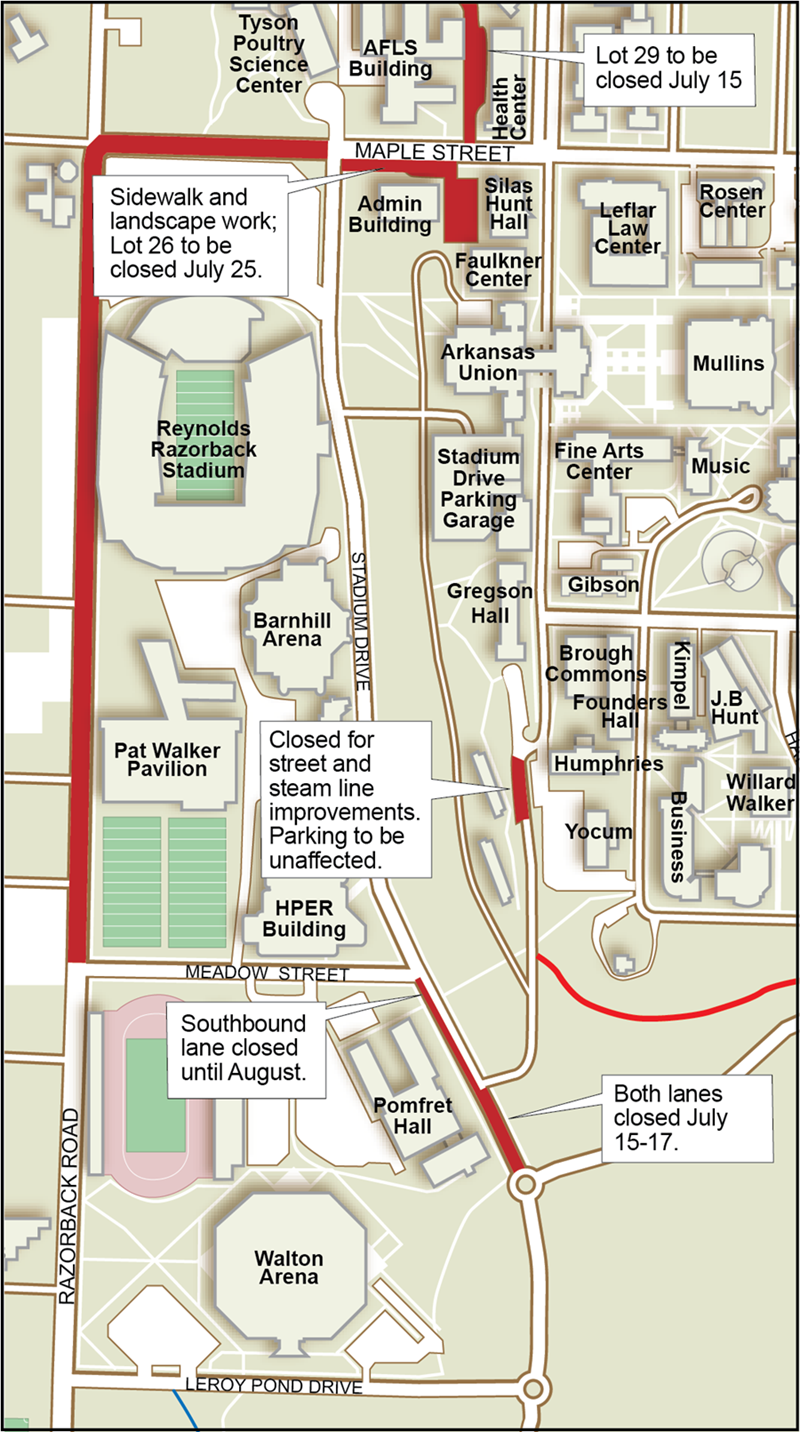 Sections of road and parking lots that will be affected during continuing road improvements.

FAYETTEVILLE, Ark. – Drivers and pedestrians should expect additional delays and detours when traveling on Maple Street and Stadium Drive as a new phase of construction begins this week.

Construction will begin Monday, July 15 on curbs and sidewalks along Maple Street between the Stadium Drive and Garland Avenue, near the Administration Building. This is a continuation of the Highway 112 project which involves traffic improvements and expanding Razorback Road.

Two way traffic will remain open on Maple Street during this construction, however parking and pedestrian traffic will be affected.

The sidewalk and curb repairs are scheduled to be completed by mid-August but then this section of Maple Street will be closed every night from 6:30 p.m. to 6:30 a.m. to mill and overlay the asphalt. Maple Street will reopen every morning with temporary striping until the work is complete.

Stadium Drive will be closed from the corner of Clinton Drive to the corner of Garland Avenue-Lower Service Drive beginning Monday, July 15. The work is expected to be completed by Wednesday, July 17 after which the northbound lane will reopen. The southbound lane of Stadium Drive from Meadow Street to Clinton Drive will remain closed until August.

Parking in lot 50 along Upper Service will remain open during the ongoing work. Upper service drive will be briefly reopened for student move-in this August. It will be permanently reopened prior to the start of the fall semester.

Garland Ave is closed to vehicular traffic between Maple St and the Union pedestrian bridge in order to make repairs to the plaza on the east side of the Faulkner Performing Arts Center.  Pedestrian access around the construction is available. This work will continue through the end of July.