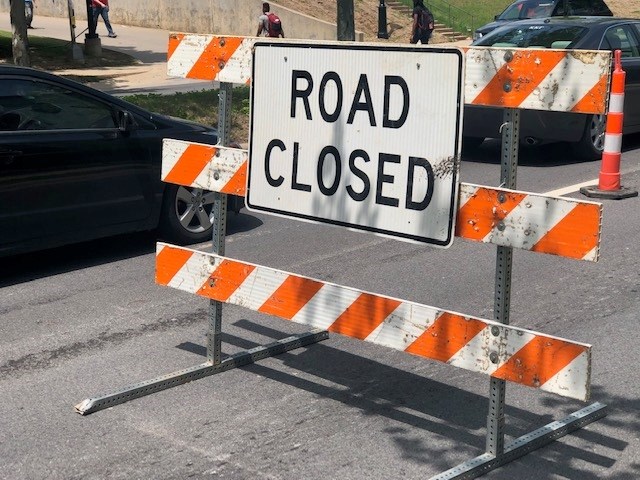 FAYETTEVILLE, Ark. – The second phase of street construction on the University of Arkansas campus will start Monday, July 1, with two new street closures, while progress continues on the two biggest projects. Drivers and pedestrians should expect delays and detours when travelling on the west side of campus.

Stadium Drive is the primary detour route for traffic during the current Razorback Road construction project. 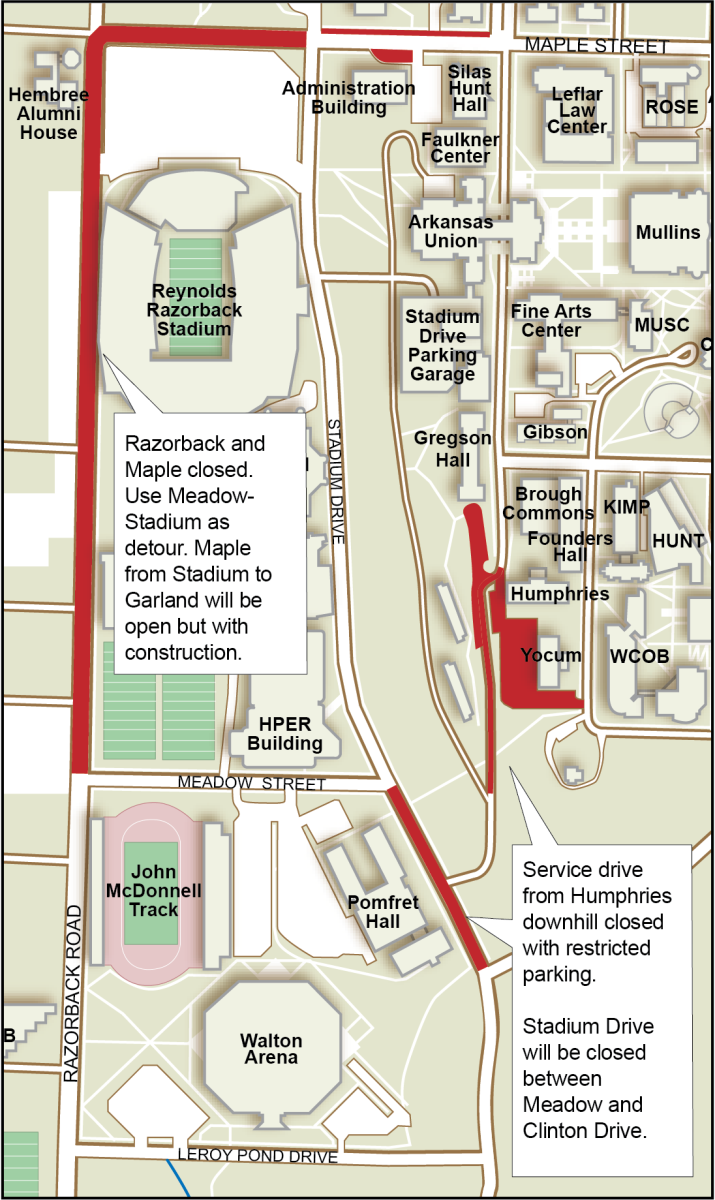 Also beginning Monday, July 1, Upper Service Drive — beginning east of Gladson-Ripley Hall and ending south of Buchanan-Droke Hall — will be closed for road repairs and the addition of a pedestrian sidewalk, as well as steam line repairs. Lower Service Drive —beginning east of Bud Walton Hall and connecting to Upper Service Drive south of Sigma Alpha Epsilon — will be open during this time, but parking in lots 48 and 50 will be affected during various times during this project. Construction is expected to be finished and the road reopened before   the start of the fall term.

Maple Street construction between Razorback Road and Stadium Drive will continue into mid-August, and Maple Street will remain closed until then.

Construction on Maple Street between Garland Avenue and Stadium Drive is scheduled to begin in early July and last through mid August. This will include work on the north and south side of Maple Street in front of the Administration Building, which is scheduled to begin on July 15. This will block parallel parking on the north side of the street and prevent drivers from pulling off the street in front of the Administration building.  Pedestrian detour routes will be provided. During this work, two-way traffic will be maintained but lane shifts may occur, and drivers should expect delays. This work is expected to be completed by mid-August.

Beginning in mid-August, the Maple Street and Garland Avenue intersection will be under construction. The intersection will remain open during the day but will close in the evening beginning at 6:30 p.m. This work should be complete by the start of the fall semester.

Construction at the Razorback Road and Maple Street intersection is scheduled to be completed and Razorback Road reopened in early August. Stadium Drive will remain as the primary detour route until this time.

The work on the Leroy Pond Drive extension remains on schedule, and construction should be completed before the start of the fall semester.

Updates on campus construction can be found on the Campus Projects page of the Facilities Management website.