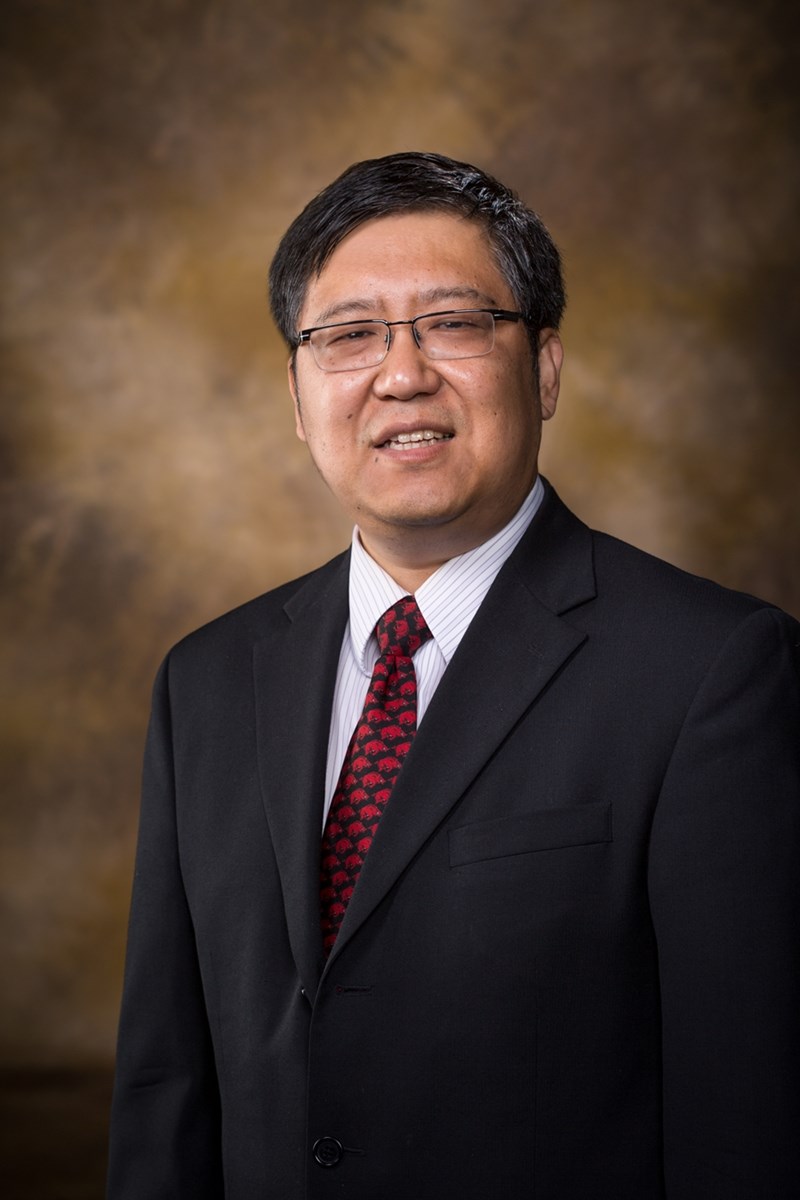 Electrical engineering researchers have boosted the operating temperature of a promising new semiconductor laser on silicon substrate, moving it one step closer to possible commercial application.

The development of an "optically pumped" laser, made of germanium tin grown on silicon substrates, could lead to faster micro-processing speed of computer chips, sensors, cameras and other electronic devices — at much lower cost.

"In a relatively short time period — roughly two years — we've progressed from 110 Kelvin to a record temperature of 270K," said Shui-Qing "Fisher" Yu, associate professor of electrical engineering. "We are now very close to room-temperature operation and moving quickly toward the application of a material that can significantly increase processing speed with much less power consumption."

Yu leads a multi-institutional team of researchers on developing a laser injected with light, similar to an injection of electrical current. The improved laser covers a broader wavelength range, from 2 to 3 micrometers, and uses a lower lasing threshold, while capable of operating at 270 Kelvin, which is roughly 26 Farenheit. (Kelvin is the standard unit of temperature measurement in the physical sciences.)

"The improvement is based on a simple, yet delicate structure," said by Yiyin Zhou, doctoral candidate in the Microelectronics-Photonics Program, lead author of the paper and a member of Yu's research group. "Thanks to the mature epitaxial growth technique, we could obtain the high-quality alloy with tin content as high as 20 percent, which is the major key to the current achievement."

Germanium tin harnesses efficient emission of light, a feature that silicon, the standard semiconductor for computer chips, cannot do. Yu and other material researchers have focused on growing germanium tin on silicon substrates to build an optoelectronics "superchip" that can transmit data much faster than current chips. In 2016, Yu and colleagues reported the fabrication of their first-generation, optically pumped laser.

Easily integrated into electronic circuits, such as those found in computer chips and sensors, germanium tin as semiconducting material could lead to the development of low-cost, lightweight, compact and low-power consuming electronic components that use light for information transmission and sensing.

This research is supported by the Air Force Office of Scientific Research.

The new findings were reported in ACS Photonics.