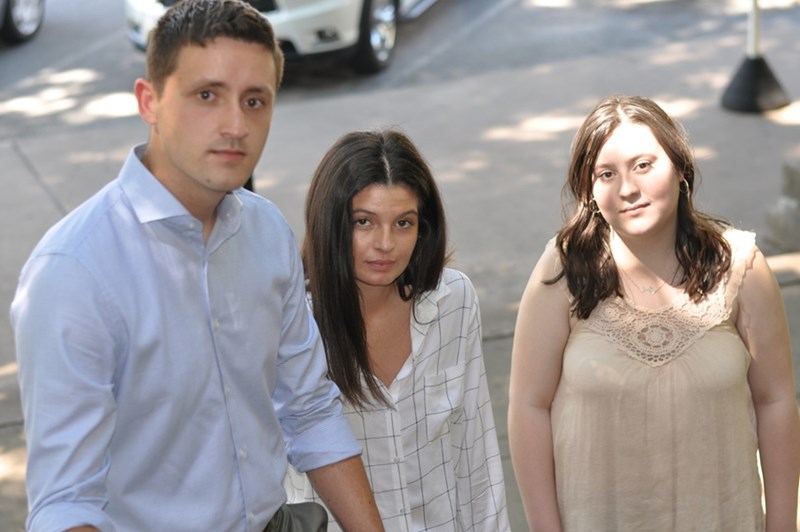 FAYETTEVILLE, Ark. – University of Arkansas journalism students have spent the past eight months collecting and analyzing data on child abuse deaths as part of a national reporting project.

Students interviewed lawmakers, prosecutors, police officers and others while accumulating documentation on hundreds of deaths as part of an extensive look at how child deaths are handled in Arkansas.

Their work bolstered a state-by-state report from InvestigateTV, which found that as many as 10 children die each day in America from abuse or neglect, but up to half of those deaths are not counted.

The students were in a fall 2018 honors colloquium and spring 2019 news reporting class led by Gina Holland Shelton, a former Associated Press reporter who teaches in the U of A School of Journalism and Strategic Media.

“These students were industrious and tenacious,” Shelton said.

InvestigateTV producer Megan Luther held weekly video calls with the students, for updates on their record collection and in-the-field reporting.

“Make no mistake, these students were investigative reporters,” Luther said. “They requested records, combed through police reports, knocked on doors and contacted victims’ families. This was an especially difficult topic to cover, and the students handled it like professionals.”

The research began last fall as part of a Government and Media honors class. Six students divided the 75 Arkansas counties between them and filed Freedom of Information Act requests for 2017 child deaths. They followed up with phone calls and letters to coroners.

“The research team was a unique mix, and it was refreshing to have students with various backgrounds and interests,” Failoni said.

“This process has improved my skills as a journalist and government watchdog. It taught me to question,’’ said Thompson, who received her bachelor’s degree in journalism in May and immediately started as a graduate student and assistant in the Center for Ethics in Journalism.

All eight students were credited for contributing to the InvestigateTV reporting.

Students did additional reporting available at as a special project on Child Abuse in Arkansas.

The investigation focused on a federal law, the Child Abuse Prevention and Treatment Act, which requires states to collect and report information about abuse deaths. InvestigateTV discovered huge gaps because states decide for themselves what and when to report.

The students found about 20 percent of Arkansas child abuse deaths were not reported, including one at an apartment complex just blocks from campus in October 2017.

To identify undercounts, students started with the official list of 2017 child deaths. Then they sifted through news reports, social media accounts and GoFundMe pages to look for more deaths. They also searched to see if criminal charges were filed in deaths.

There was a sense of urgency in the reporting because the federal child abuse law is up for renewal in Congress this year.

“What made this work so compelling was that we were sharing stories of voiceless kids,” Deloney said. “When we walked across the gravesite of one of the child victims, we knew we weren't just working on an assignment for school, but something profoundly urgent.”

“These things need to be reported,’’ said Clowney. “These are problems that have to be solved. And we can’t solve them if we don’t have a full grip of what the extent of the problem is.”

She said Arkansas FOIA law is designed to help citizens understand their government, and the students used it to inform the public.

Luther, who had been the training director for Investigative Reporters and Editors Inc. before joining Gray Television’s InvestigateTV, reached out to journalism faculty in September 2018 after getting a recommendation from a U of A journalism graduate, IRE senior training director Denise Malan. Luther said the lessons for the students went beyond traditional reporting.

“We discussed self-care and how to approach parents of children who were killed,’’ she said. “This semester the students were able to learn techniques that some professional journalists have yet to tackle. I just wish I had this class when I was in college.”