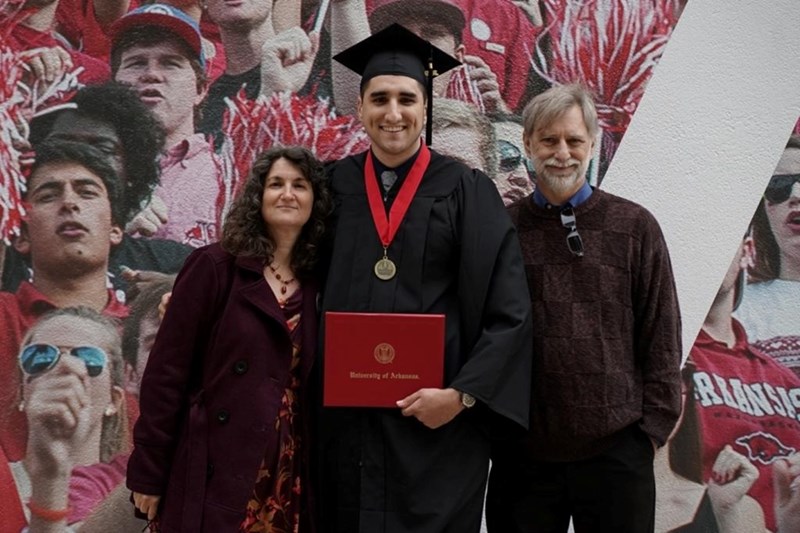 The Air Force ROTC Detachment 030 ThunderHawgs are very proud of cadet Daniel Hendrix, who was nominated by the Division of Student Affairs and presented with the Graduating Student Leader Award for spring 2019, a highly prestigious accomplishment awarded to the top 4.5% of graduating seniors of the University of Arkansas.

Cadet Hendrix received this distinctive award for his volunteerism as a student mentor for Off Campus Student Services, mentoring students and advocating for students choosing to live off campus.