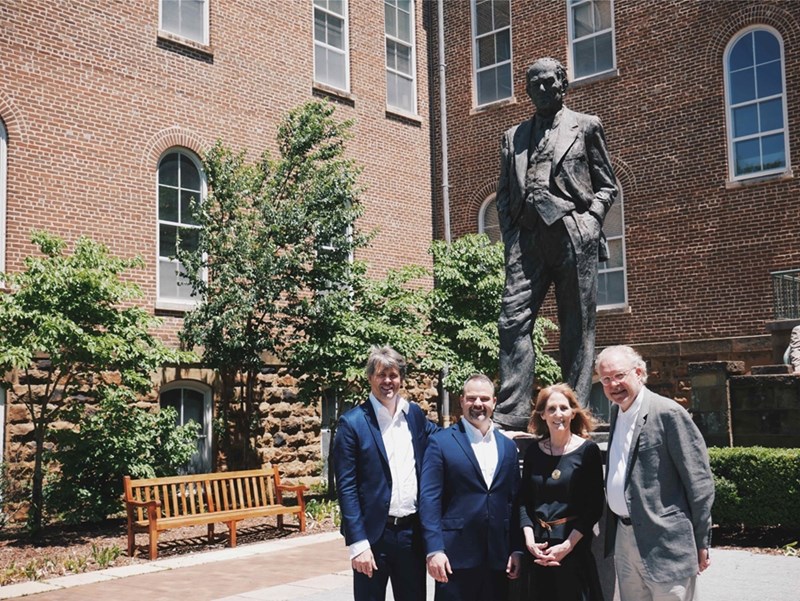 During the recent May 17-19 "Building Bridges: The Fulbright Legacy and the Future of International Exchange" conference, the German-American Fulbright Commission presented the University of Arkansas with a sculpture to commemorate the visit and ongoing shared commitment to international cooperation and exchange.

The conference was part of the "Wunderbar Together" campaign sponsored by the Federal Republic of Germany, and co-sponsored by the German-American Fulbright Commission and the U of A's International and Global Studies Program and Office of Study Abroad. It capped off a year of commemorative events on both sides of the Atlantic celebrating German-American cooperation. 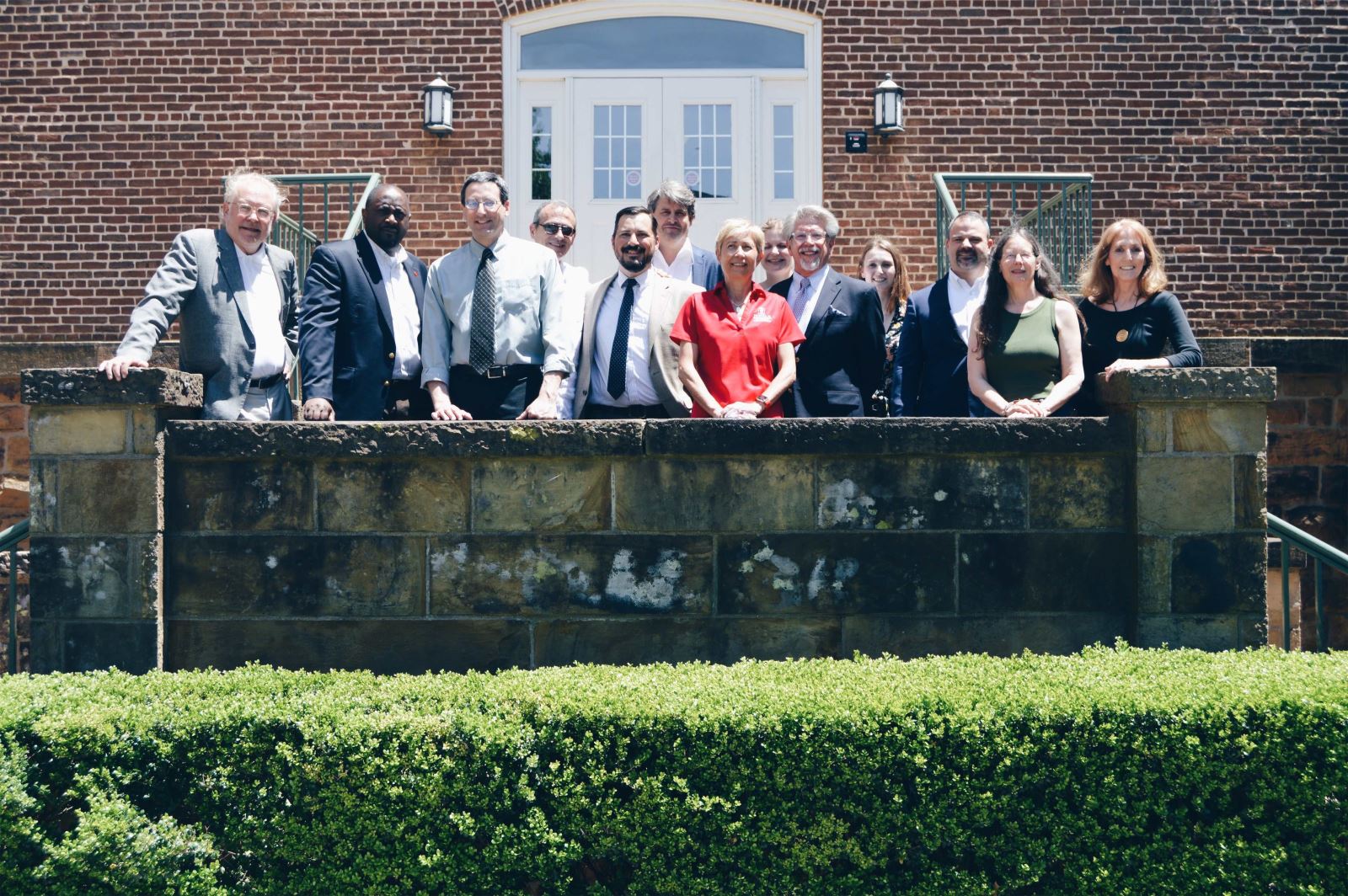 To kick off this final event, groups of German scholars studying in the United States - accompanied by American former grantees of Fulbright Awards - completed weeklong road trips from Milwaukee, Indianapolis and Austin ending in Fayetteville, the home of Sen. J. William Fulbright, founder of the Fulbright Program and namesake of the U of A's J. William Fulbright College of Arts and Sciences.

While on campus, delegates from the German-American Fulbright Commission presented the U of A with a sculpture that is part of the ÉGALITÉ series by the artist Michael Hieronymus from Heilbronn, Southern Germany.

The sculpture is also part of the overarching ÉGALITÉ - THE PROJECT, whereby ÉGALITÉ sculptures, ranging in size from very large to small, are positioned all over the world. 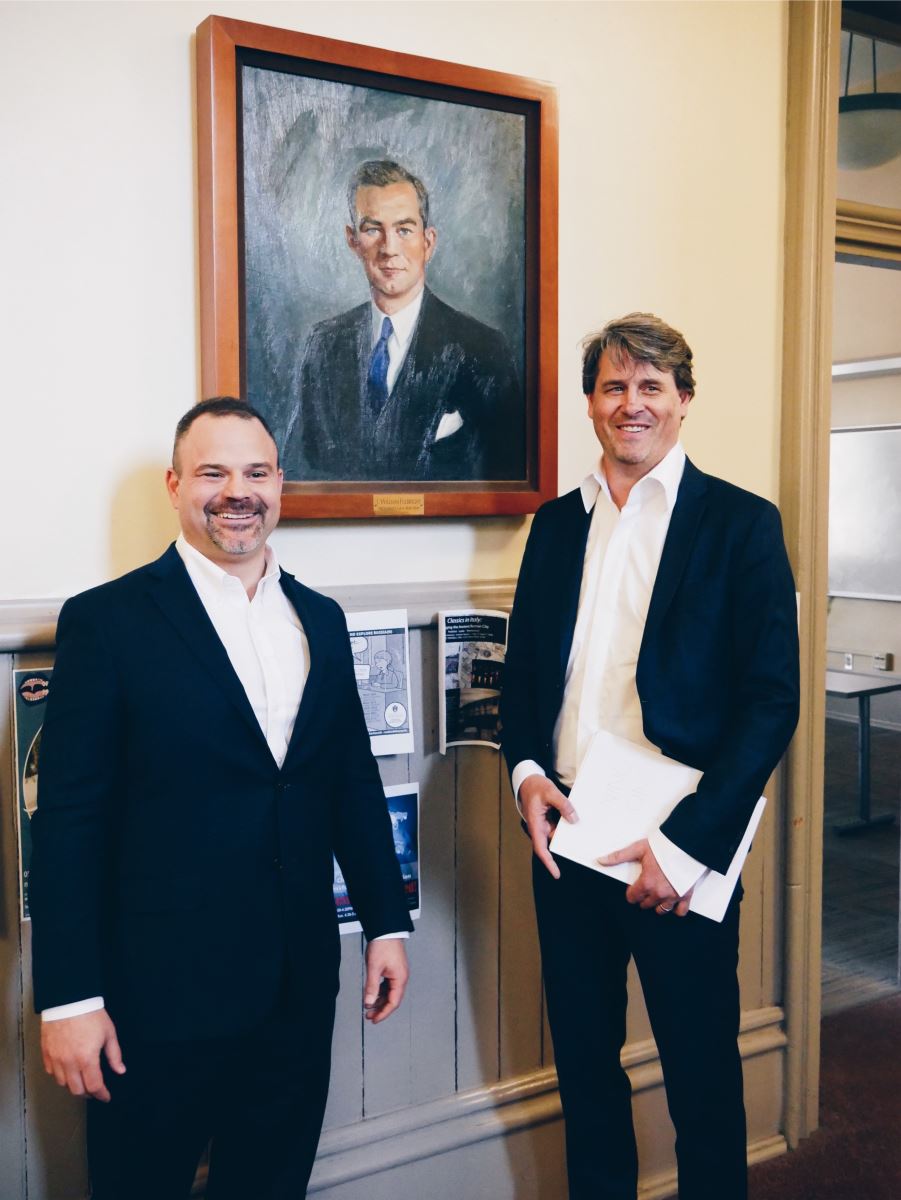 Hieronymus said the idea behind the project is to "Let us look not to what divides, but rather to what connects. Let us look not to politics, religion, origin, group, borders and ideologies. Let us look to our life, which can be so beautiful, if we recognize not only the otherness, but also the sameness."

"This is a fitting and incredibly meaningful gift to commemorate not only the Fulbirghters' recent visit, but the greater cooperation and partnership between our nations," said Todd Shields, dean of Fulbright College. "We are honored by this gift."

About Fulbright Germany: The German-American Fulbright Commission and the Fulbright Program have been an especially important component of ties between Germany and the United States. Enabling American and German students, scholars, teachers and professionals to experience each other's communities and culture firsthand has offered critical support to continued German-American diplomacy. 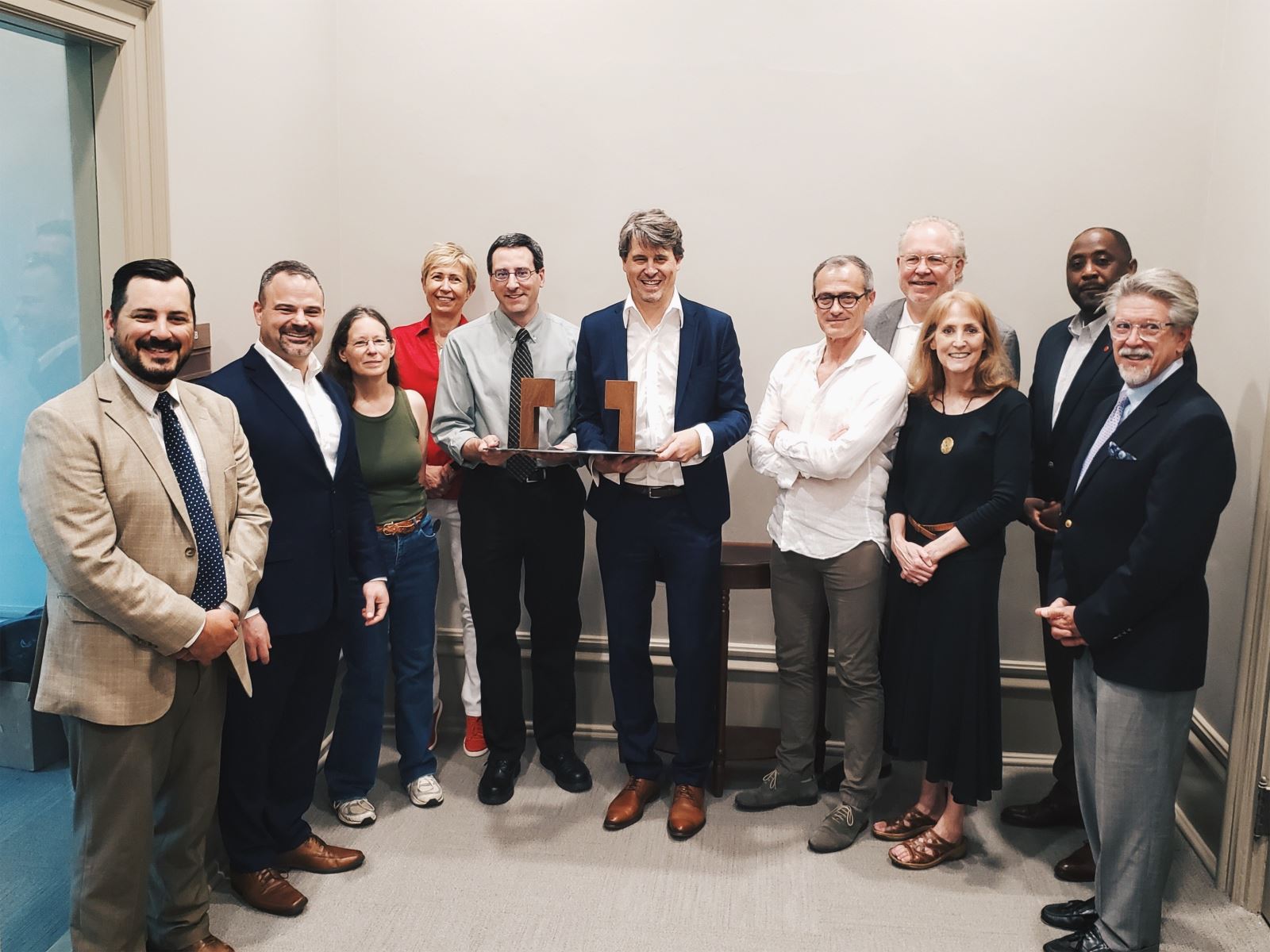 interdisciplinary study of exchanges, networks and relationships within the international and global community. The program offers a robust teaching component for undergraduates centered on intercultural training, international experiences, and participation in academic research and outreach activities. 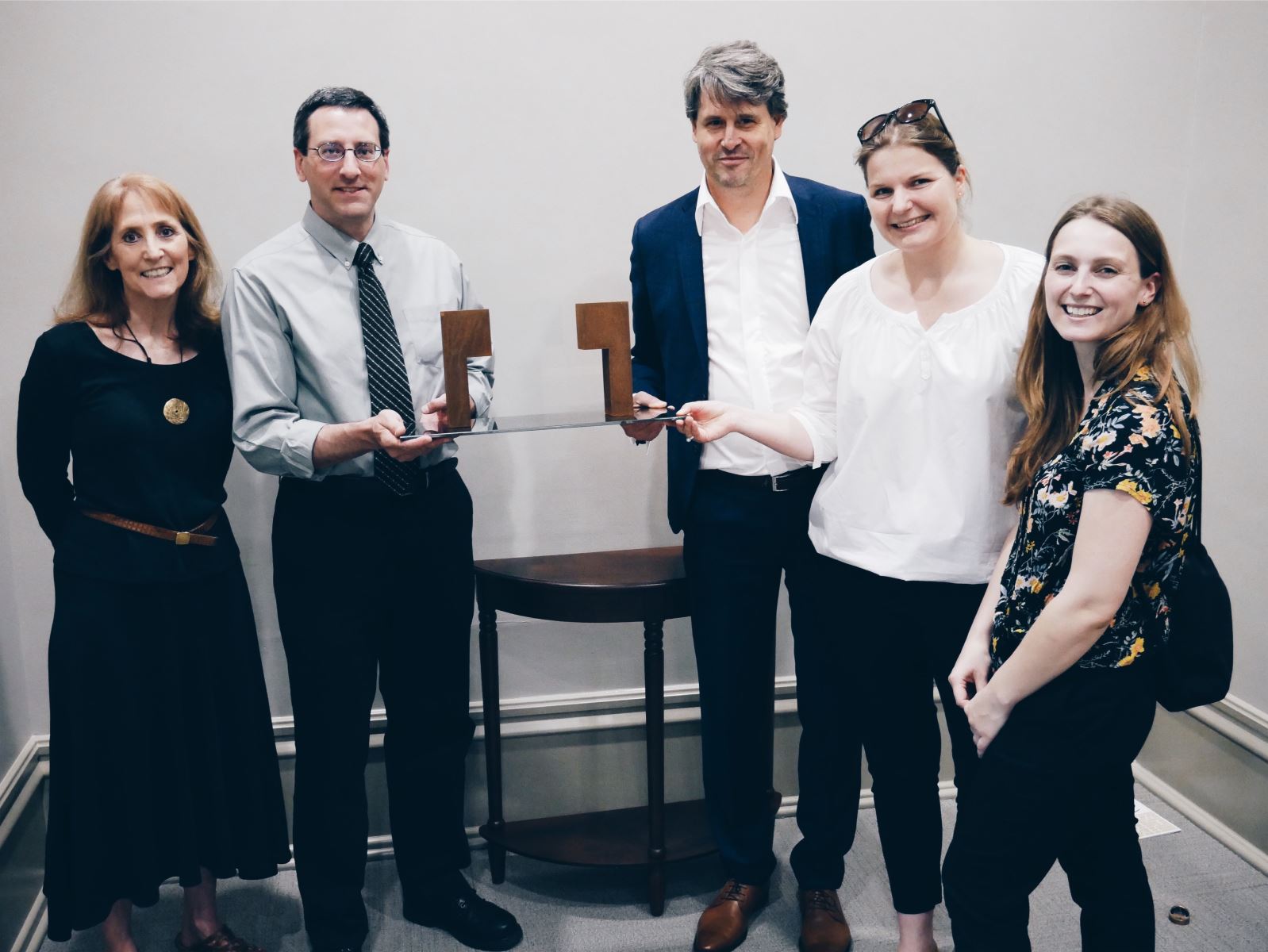 43 academic programs and research centers. The college provides the core curriculum for all University of Arkansas students and is named for J. William Fulbright, former university president and longtime U.S. senator.