U of A Honors College Announces 2019 Bodenhamer Fellows 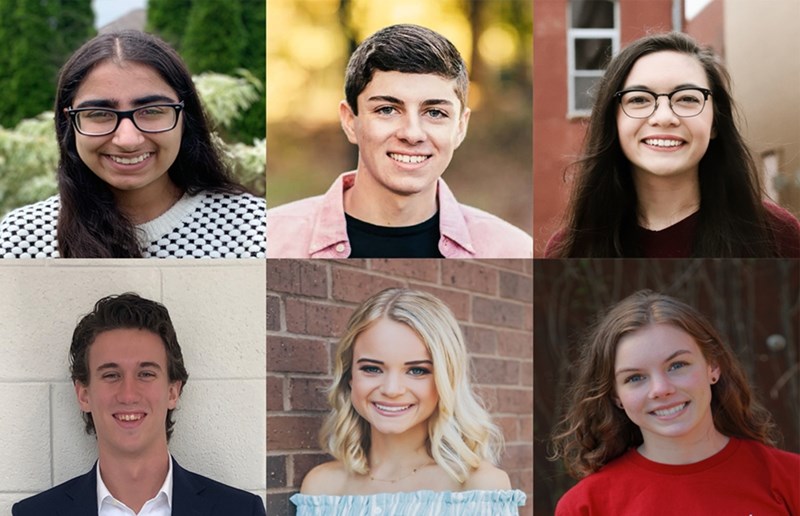 FAYETTEVILLE, Ark. – The University of Arkansas Honors College has selected six incoming freshmen as the recipients of this year’s Bodenhamer Fellowships. The Bodenhamer Fellowship is one of the most prestigious scholarships the university offers to undergraduates, awarding each student $72,000 over the four-year course of their education.

The fellowship, now in its 21st year, cultivates a strong sense of community among current and alumni recipients as they pursue an impressive range of careers and graduate and professional degrees.

The 2019 Bodenhamer Fellows are:

This year’s group embraces a wide range of interests and skills, from piano and political activism to dance and biological research.

“In the two decades since the Bodenhamer program was established, it has funded the education of more than 140 exceptional students who have gone on to make a difference here in Arkansas, in our country and in our world,” said Honors College Dean Lynda Coon. “The 2019 cohort exhibits a wide variety of academic skills and an unquenchable thirst for community engagement. We are honored to welcome this new group of fellows into the Bodie family at the University of Arkansas.”

The Bodenhamer Foundation, created by Lee Bodenhamer (B.S.B.A.’57, M.B.A.’61, both at U of A, and D.B.A.’68 Harvard), established the Bodenhamer Fellowships in 1998. Students must score at least a 32 on the ACT and have a grade point average of 3.8 or higher in order to be eligible for the award. Community service, extracurricular activities and evidence of intellectual curiosity, leadership and creativity are also considered in the selection process.

In addition to covering the normal cost of attending the university, the fellowship may be used for study abroad, attendance at professional and educational conferences, research and any special equipment a fellow may need.

The new Bodenhamer Fellows will join a group of 144 current and alumni fellows who have benefited from the generous support of the Bodenhamer family. Alumni fellows are excelling in a wide range of career paths, from cybersecurity to opera performance to research on breast cancer metastasis. Many are pursuing advanced degrees at universities such as Harvard, Yale and Vanderbilt.

On July 30, the new class of Bodenhamer Fellows will travel to New York City for a five-day trip that will include visits to the Statue of Liberty, the Guggenheim Museum, the United Nations and the Empire State Building. The summer trip is an annual tradition funded by Lee Bodenhamer and helps build bonds among the new Bodenhamer fellows. 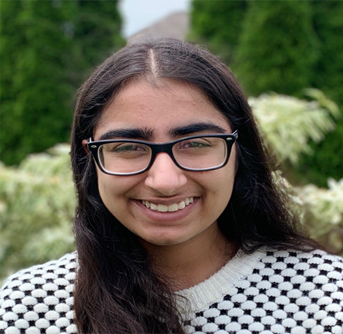 Alisha Chatlani is a graduate of Rogers High School, where she was president of the Spanish National Honor Society, the Health Occupations Students of America and the Engineering Club, and vice president of Mu Alpha Theta, the math honor society. She is a member of the National Honor Society, a National Merit Finalist and an AP Scholar with Distinction. Chatlani has twice placed in the top 10 in the regional Arkansas Council of Teachers of Mathematics math competition, in pre-calculus and statistics, and placed second in the medical math category at the Health Occupations Students of America state competition.

Chatlani volunteered with golf-based youth development organization the First Tee all four years of high school. She has also volunteered at the Kendrick Fincher Hydration Foundation, which focuses on heat-injury prevention, and was a freshman leader at her school, serving as a mentor to incoming students to help them with the transition to high school. She plans to major in engineering and hopes to one day become an ophthalmologist. She is the daughter of Ajay and Lotika Chatlani. 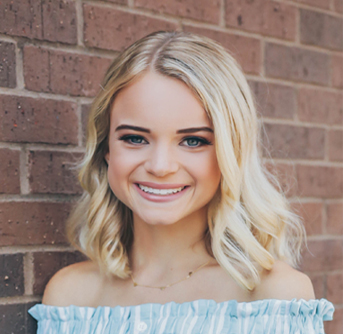 Elizabeth Ford is a graduate of the Pulaski Academy in Little Rock, where she served as an editor for the school literary journal, Veritas. She also served on the school honor council and as a delegate at the American Legion Auxiliary Arkansas Girls State. She is a National Merit Finalist. Ford was the team captain for the varsity soccer team and a member of a local club soccer team, which has twice won the state championship.

Ford is an avid piano player and has earned a superior rating from the National Federation of Music Clubs for her performances for six consecutive years. She has been both treasurer and vice president of her school’s Interact Club, a student-affiliate chapter of the Rotary Club, and has volunteered for a variety of institutions, including the American Heart Association, the CARTI Cancer Center and cancer patient support organization the 20th Century Club, where she received the Service Above Self award for dedicating more than 150 hours of service to the organization. She is the daughter of Barry and Laura Ford. 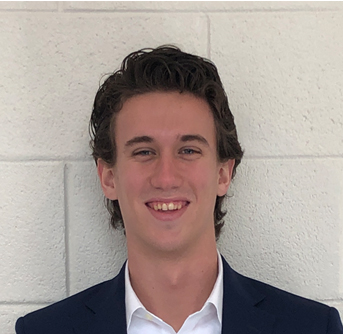 Jacobs was active in student government, serving as student body president his senior year after being previously elected director of government affairs and freshman class senator. He was also the West Tennessee representative at the Tennessee Association of Student Councils, where his duties included planning a fall workshop for student governments and overseeing elections in his district. Jacobs has participated in the University of Mississippi Lott Leadership Institute for Rising 12th Graders, which culminated in a trip to Washington, D.C., to meet with members of the U.S. Congress as well as various lobbying firms. He plans to major in political science. He is the son of Joshua and Mary Jacobs. 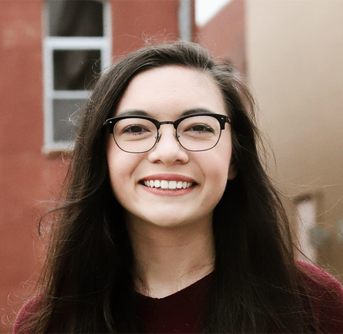 Mary Jia is from Stuttgart and is a graduate of the Arkansas School for Mathematics, Sciences, and the Arts in Hot Springs. She is a National Merit Finalist and plans to major in biology with a premed concentration. Jia is active in the National Honor Society and was vice president and co-founder of her school’s World Culture Club, which celebrates and teaches others about minority cultures. She has been playing piano for eight years and dancing for nine years, twice winning the Most Dedicated Dancer award at her studio.

Jia’s passion for research has led her to complete two independent research projects at the Dale Bumpers National Rice Research Center, in addition to conducting pilot experiments for several additional research topics for future investigation. She was a full-time biological research aide in a virology lab at the Henry K. Dupree National Aquaculture Research Center and is an active editor and peer reviewer for papers in agricultural science. She is the daughter of Yulin Jia. 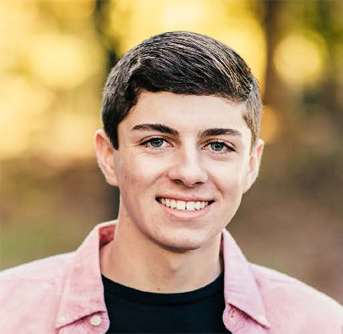 Tyler Merreighn is a graduate of Greenwood High School in Greenwood. As president of his school’s 250-member Beta Club, he planned pep rallies and spirit weeks and organized fundraisers for Relay for Life, March of Dimes and local organizations. Merreighn also sponsors an annual sports equipment donation drive for impoverished children in Guatemala and tutors his peers in math through Mu Alpha Theta.

Merreighn honed his leadership skills as a participant in the rigorous, eight-month-long Junior Leadership Academy. He was treasurer of the Future Business Leaders of America and captain of his school’s nationally competitive quiz bowl team. Last summer, he spent 80 hours shadowing hospital workers as part of the Medical Applications for Science and Health program. He is the first in his family to attend a four-year university and plans to major in biomedical engineering and minor in Spanish, with an eye to pursuing a medical degree. He is the son of Ty and Josie Merreighn. 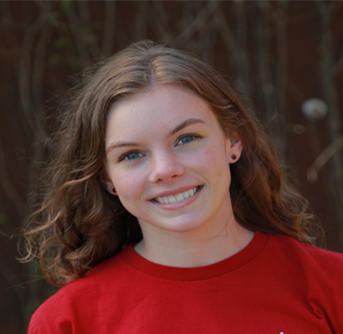 Claudia Smith graduated from eStem High Public Charter School in Little Rock. She is a National Merit Finalist and an AP Scholar with Distinction. She received a scholar athlete award as well as the Science Student of the Year Award from her school. Last summer she attended the Arkansas Governor’s School, where she spent six weeks studying number theory, probability and aeronautical physics.

She was the captain of the varsity soccer team at her high school and was also a founding member of the cross-country team, placing third in her conference. Her junior year, Smith co-founded her school’s Gender and Sexuality Alliance. She was also a member of the eStem Youth Activism Club. She has interned at the UP Autism Center in Little Rock and volunteered more than 100 hours as a counselor for the Museum of Discovery’s Discovery Camp. Smith plans to major in mathematics at the U of A. She is the daughter of William and Sara Smith.

About the Honors College: The University of Arkansas Honors College was established in 2002 and unites the university’s top undergraduate students and professors in a learning environment characterized by discovery, creativity and service. Each year the Honors College awards up to 90 freshman fellowships that provide $72,000 over four years and more than $1 million in undergraduate research and study abroad grants. The Honors College is nationally recognized for the high caliber of students it admits and graduates. Honors students enjoy small, in-depth classes, and programs are offered in all disciplines, tailored to students’ academic interests, with interdisciplinary collaborations encouraged. Fifty percent of Honors College graduates have studied abroad – three times the national average – and 100 percent of them have engaged in mentored research.