U of A Junior Samia Ismail Is Named Harry S. Truman Scholar 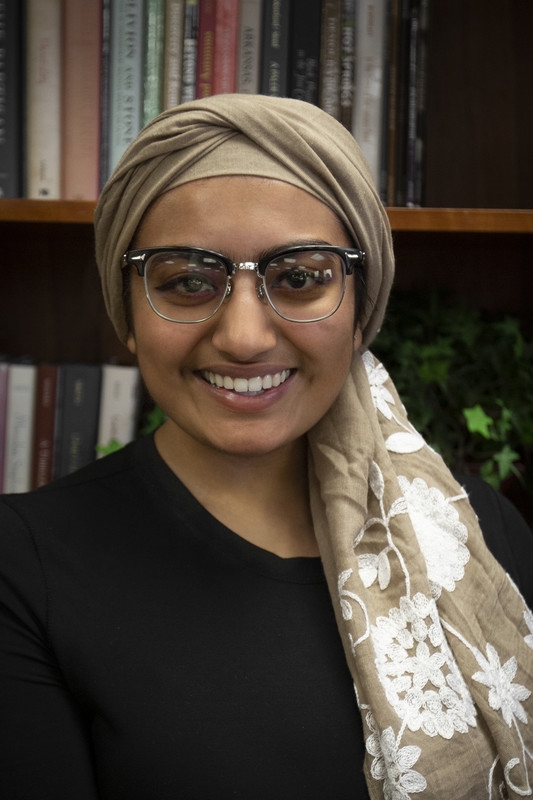 FAYETTEVILLE, Ark. – Samia Ismail, a University of Arkansas honors student from Fort Smith, has been named as one of this year’s 62 Harry S. Truman Scholars. Ismail, a junior majoring in biomedical engineering, will receive up to $30,000 for graduate study, as well as priority admission and supplemental financial aid at premier graduate institutions, leadership training, career and graduate school counseling, and special internship opportunities within the federal government.

After Ismail graduates from the U of A in the spring of 2020, she plans to pursue a medical degree and a master’s degree in public policy, applying to institutions like Michigan, Harvard, Stanford and UCLA. Her long-term goal is to return to Arkansas and enlist in the National Health Service Corps, serving as a doctor in a rural community and perhaps one day running for public office in the state.

The Truman Foundation notified U of A Chancellor Joe Steinmetz recently that Ismail had been selected as a 2019 Truman Scholar and encouraged him to follow a Truman tradition and surprise her with the news. She was invited to what she thought was a high-level budget meeting that required student input – only to find the chancellor, vice chancellors, deans, department chairs, faculty mentors, and advisers there ready to celebrate her success. 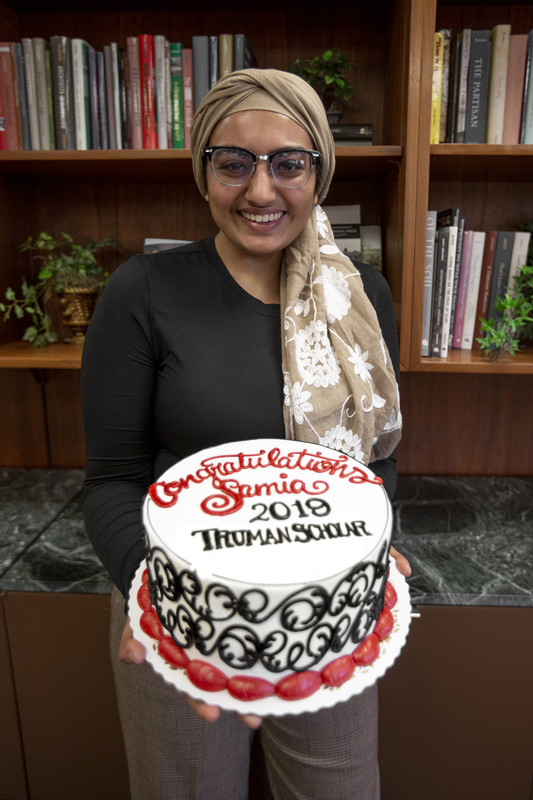 “I was completely taken aback,” said Ismail. “I had convinced myself this could not possibly happen. It took me a moment to take it all in, but it was a wonderful surprise, and I feel very honored to be selected and to have had such strong support from faculty and friends across the campus and from the community. I am looking forward to the opportunities this award will bring and the ways it can help me achieve career and community goals.”

“It was a real pleasure to share the news with Samia Ismail,” said Chancellor Steinmetz. “She is a stellar student, who has accomplished so much already. She is clearly an excellent candidate for this recognition and for scholarship support.  The Truman Foundation selects students who will make a meaningful difference at the national, state and community levels. Samia is clearly poised to do just that.”

Samia Ismail participates in the honors program in the Department of Biomedical Engineering in the College of Engineering. She has excelled in demanding coursework while maintaining extensive involvement in community and campus organizations. She has received an Honors College Fellowship, the Governor’s Distinguished Scholarship, and two Honors College Research Grants. She has conducted research both on campus and at the Schepens Eye Research Institute in Boston.

Ismail serves as an intern for the Office of Diversity and Inclusion, working with Vice Chancellor Yvette Murphy-Erby. She also serves as an Honors College ambassador and tutors in the College of Engineering. She is a member of the Associated Student Government, and, as vice chair of the Distinguished Lectures Committee, she has helped coordinate and host visiting lecturers.

“Samia Ismail was recently in my Honors College Signature Series course Cancer: A Constellation of Disease,” said Tim Muldoon, associate professor of biomedical engineering. “She revealed a nuanced understanding of the complex topics associated with the subject of cancer. She is one of the most driven and determined students I have worked with and possesses a well-rounded and very thoughtful perspective on the interconnected roles of health care and public policy. She will be an exceptional Truman Scholar.”

“Engineering may not always be immediately associated with programs like the Truman Scholarship, which emphasizes public service and public policy,” said John English, dean of Engineering. “But in fact it can be a perfect fit as Samia Ismail makes clear and as 2016 Truman Scholar Danielle Neighbour – a civil engineering alumna – did before her. Samia is both a dedicated engineer and a committed change agent, who will make a real difference in the state and beyond it. Engineering change is very much a part of what we do and is certainly something Samia will do for Arkansans in the very near future.”

Truman Scholars must be U.S. citizens, have outstanding leadership potential and communication skills, demonstrate academic excellence, and be committed to careers in government or the non-profit sector.

The 2019 Truman Scholars will assemble May 21 for a leadership development program at William Jewell College in Liberty, Missouri, and they will receive their awards in a special ceremony at the Harry S. Truman Presidential Library and Museum in Independence, Missouri, on May 26, 2019.”

University of Arkansas students who are interested in applying for the Truman Scholarship should contact the office of nationally competitive awards at awards@uark.edu or 479-575-3771.