Major Construction Projects Will Affect Traffic and Parking This Summer 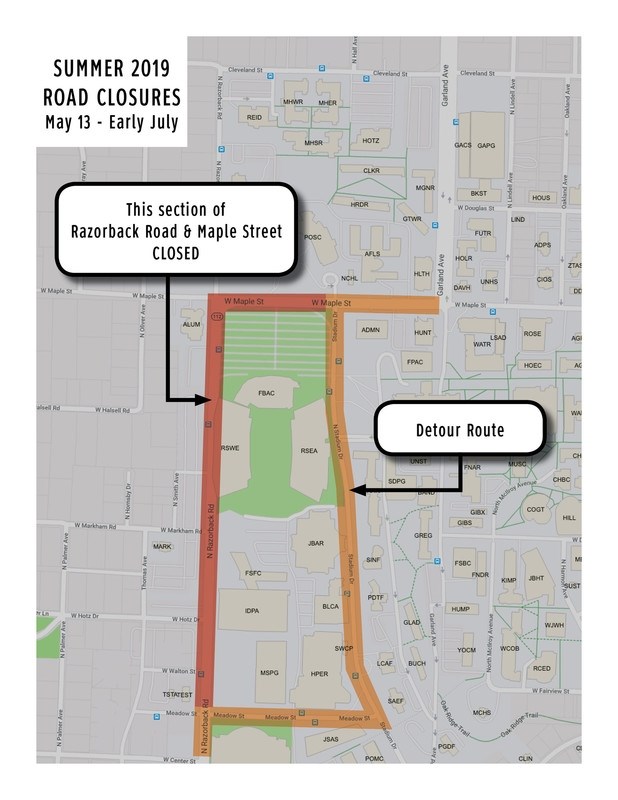 Closures and detours starting May 13

FAYETTEVILLE, Ark. – Several construction projects are underway or will soon begin to make improvements on the U of A campus. Anyone driving to campus after Monday, May 13 will encounter changes in the traffic and parking patterns that will last through most of the summer.

The project that will affect the most people is the widening of Razorback Road and Maple Street – sections of what is now Arkansas Highway 112. This will require a number of changes for drivers.

Starting Monday, May 13 (and lasting through early July):

Note: Thomas Avenue, west of Razorback Drive, is currently closed to through traffic and will be until mid July, limiting access to Lot 73.

In early July (and lasting through early August) the parking area in front of the Administration Building will be removed and a new sidewalk will be installed: 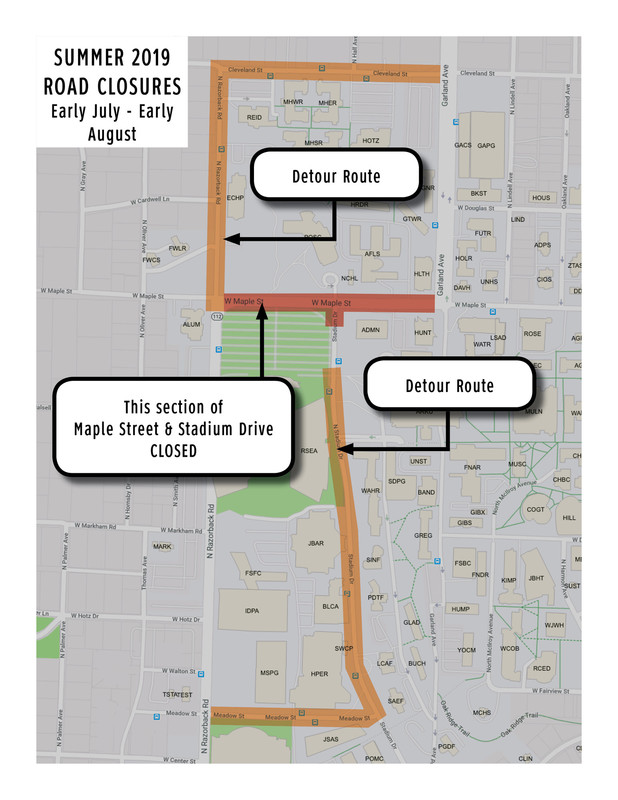 Leroy Pond Drive is being extended across Razorback Road, through a portion of Lot 46, and will curve northward to connect to Graham Avenue. Download a PDF of the Leroy Pond Drive Extension to review the affected areas.

Starting Monday, May 13 (and lasting through mid-August):

On the northeast edge of campus, parking lots 10, 78 and 78A will be expanded between Whitham and Gregg Avenues north of Maple Street.

Repair work on the east side of the Health Center will require closure of the south bound lane of Garland Avenue, nearest the building. Southbound drivers will still be able to turn right onto Maple Street from the open lane until Maple Street is temporarily closed in July.  The Health Center project is expected to be completed early in the fall semester.

The School of Social Work will be razed in July so that construction can begin on the new 70,000 sq. ft. Student Success Center in July. 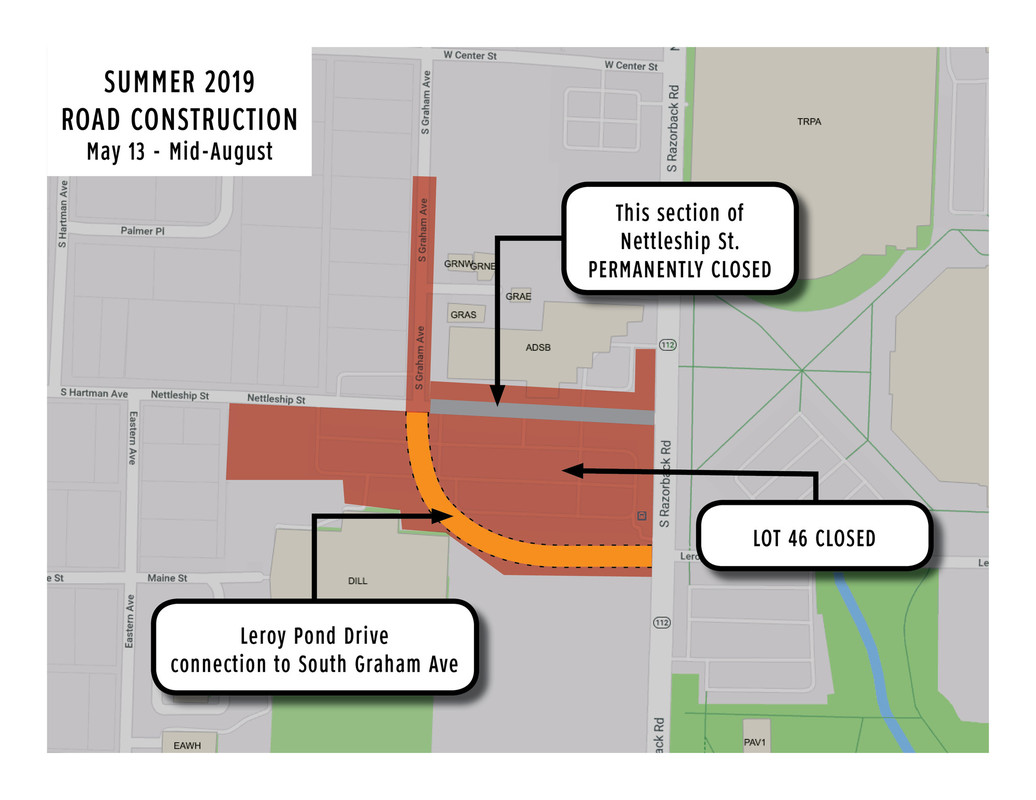 Several other building improvement projects will be in progress during the months of May, June, July and August, but these should only affect the people who work in those buildings. These projects include:

More information about current and upcoming construction projects on campus can be found on the Campus Projects webpage.