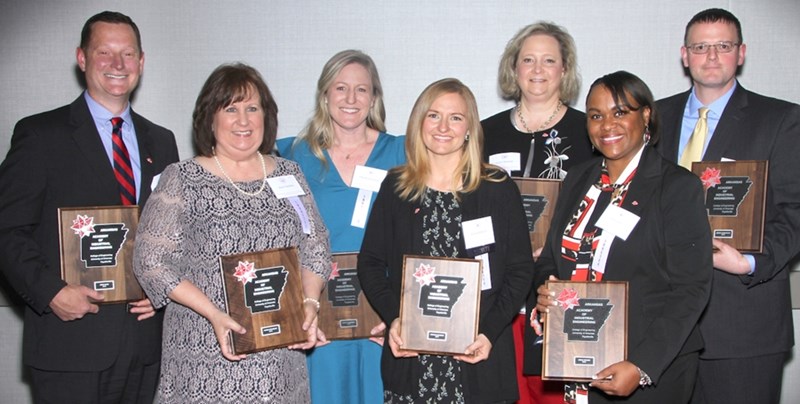 Approximately 200 alumni, friends and campus partners gathered April 12 to induct seven new members into the Arkansas Academy of Industrial Engineering and to honor several achievements during the preceding year.

The gathering was the organization's 33rd annual banquet.

The seven members inducted were recognized as distinguished graduates of the Industrial Engineering Department and for their sustained and outstanding contributions to the industrial engineering profession.

The Academy also provides faculty and staff awards for outstanding performance. This year, the AAIE Faculty Member of the Year was, Assistant Professor, Kelly Sullivan. Sullivan has been recognized several times over the past year. He was one of seven CAREER award winners within the College of Engineering and he was recently selected as the 2019-20 John L. Imhoff Chair in Industrial Engineering.

The AAIE provides a several scholarships each year for Industrial Engineering students, and this year was no exception, with the accumulated scholarship gifts totaling $100,000.  Also this year, the Academy's total scholarship endowment exceeded more than $2.4 million.

Several of the scholarship recipients participated in producing an IMPACT video explaining the impact the scholarship had on them and their families and thanking donors for their gifts.

Next year's banquet and induction ceremony are slated for April 24, 2020.