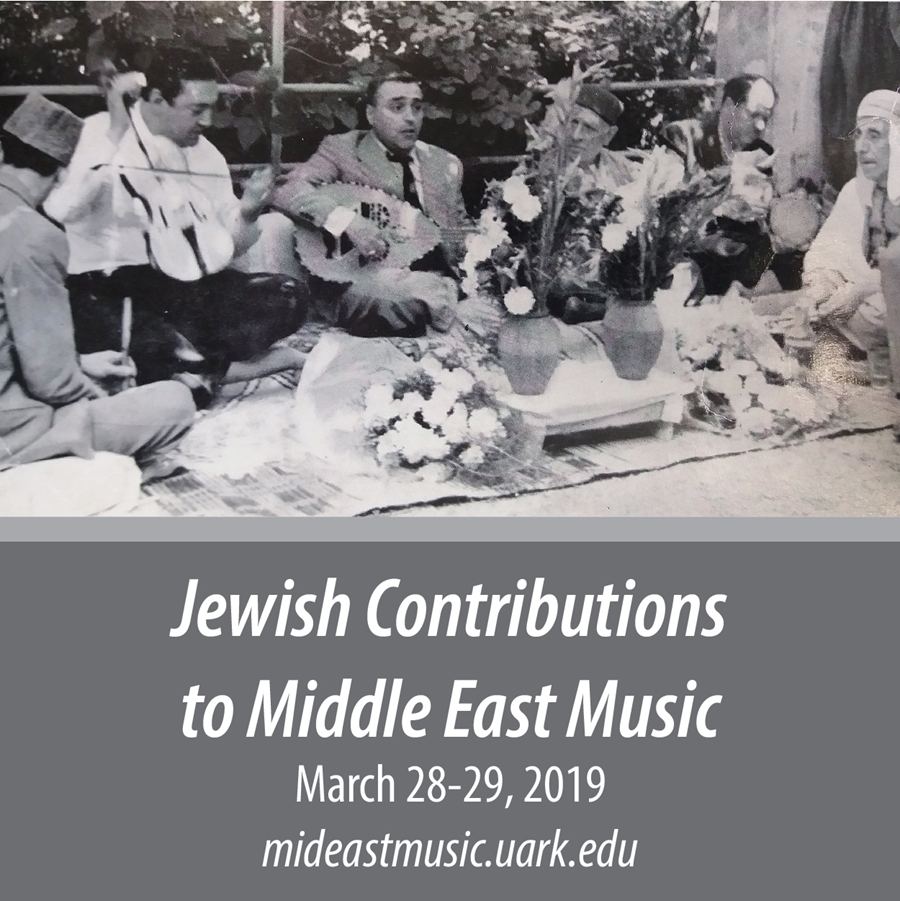 Distinguished faculty experts from around the world will gather at the University of Arkansas to discuss the role played by Middle Eastern Jews in the region's music, from Morocco to Iran, on March 28-29.

The focus of the conference, titled "Jewish Contributions to Middle East Music," will be on the crucial part that Middle Eastern Jews played and continue to play in the development of music in the region, said Ted Swedenburg, professor of anthropology at the University of Arkansas.

During the first half of the twentieth century, Middle Eastern Jews were heavily involved in the advancement of modern culture in the region, and especially in the realm of music. After the creation of the state of Israel, and the subsequent migrations, forced or otherwise, of Jews from Middle Eastern countries, this influence gradually diminished. The rich histories of Jewish participation in the cultural life of the region have largely been forgotten, expunged from official records, or re-cast in simplistic anti-Zionist narratives.

Meanwhile, Jews of Middle Eastern origin living in Israel have revived and refashioned Middle Eastern music, which today enjoys crossover appeal. In the Arab world, Turkey and Iran, music produced by Middle Eastern Jews past and the present continues to circulate, often through underground channels or via the internet. Meanwhile in Europe, and especially among a younger generation of Arab background, there has been something of a revival of interest in the Arab Jewish, and particularly North African, musical traditions.

The conference, which is free and open to the public, is scheduled to begin at 4:30 p.m. on Thursday, March 28 in the Gearhart Hall auditorium (GEAR 26) with a keynote lecture by Jonathan Glasser, associate professor of anthropology at the College of William & Mary, entitled "'More Than Friends?' On Muslim-Jewish Musical Intimacy in Algeria and Beyond."

A full schedule of speakers and lecture titles may be found online at mideastmusic.uark.edu. All conference events are free and open to the public.