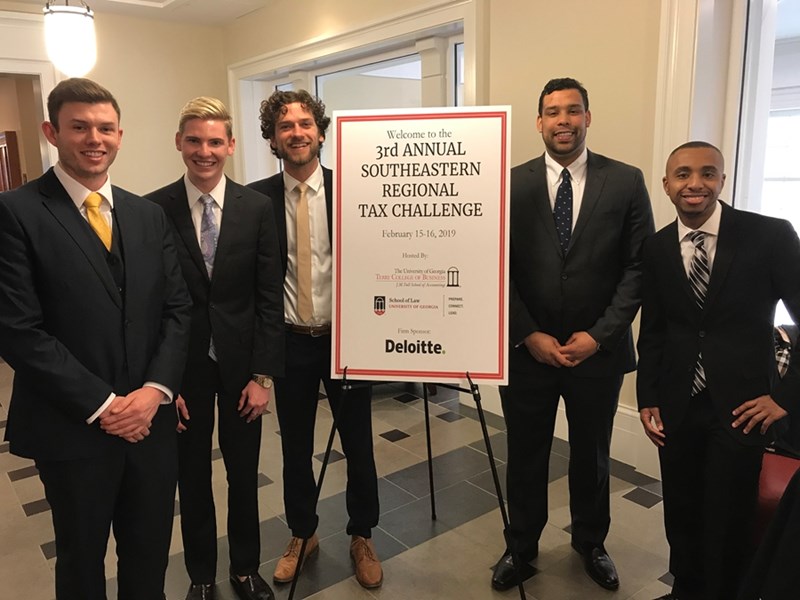 Will Martens, a master of accountancy student at the Sam M. Walton College of Business, tied for first place in the Best Presenter award at the Southeast Regional Tax Challenge Competition.

The competition was held at the University of Georgia in February.

The trip to the competition was made possible by a gift from Mary Harmon, retired managing director/tax counsel for Goldman Sachs and a member of the Walton College Dean's Executive Advisory Board. Harmon is the speaker for Walton College commencement on May 11.