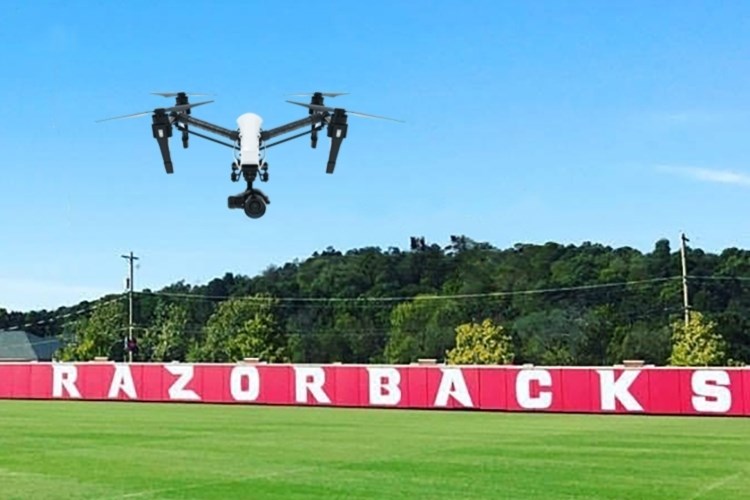 Photo courtesy of College of Engineering

A drone is seen during a training class at the University of Arkansas. The third annual Arkansas Drone/Unmanned Aircraft Systems Summit is March 12.

Drone experts will cover topics such as Federal Aviation Administration compliance, homeland security regulations, how drones can aid in research and the role of drones in emergency response.

"There are not many events in the nation where you can find cutting-edge information presented by recognized experts in academe, agriculture, law enforcement, aviation and industry,” Ham said. “As the state's land-grant university, we are chartered to serve the citizens of Arkansas and improve their lives, and this summit is a way to do that by distilling the information we teach on campus in our foundations and remote sensing courses, and in new courses emerging around the state."

Some planned sessions during the summit include:

There will also be a drone demonstration at Agri Park in Fayetteville the day after the summit, from 8:30 to 11:30 a.m. Wednesday, March 13. Attendees in Little Rock will have a chance to meet with vendors at the Walton Executive Center during the same timeframe.

There is no cost to attend, but registration is required at operations-management.uark.edu/uas. Space is limited.