'This is What Would Happen Here'; Criminology Instructor Discusses 'True Detective' Experience

The latest edition of Short Talks From the Hill, a podcast from the University of Arkansas, features John Brooks, criminology instructor in the J. William Fulbright College of Arts and Sciences. Brooks, a former crime-scene investigator with the Fayetteville Police Department, spent much of 2018 working for True Detective, the popular television crime drama. The third season of True Detective was filmed in Northwest Arkansas and recently aired on HBO. 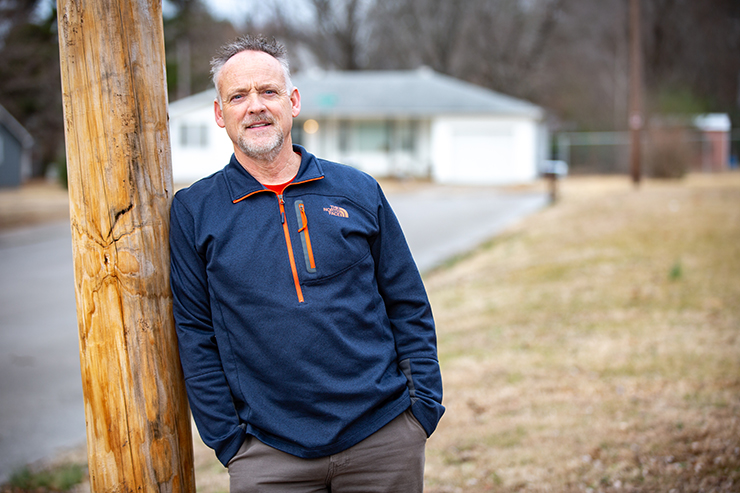 Brooks served as a "police tech advisor," sharing his experience and expertise on police procedure and crime-scene investigation. Working for the True Detective team changed the way he thinks about television and movie production and taught him that dramatic effect sometimes trumps documentary realism.

"I was told very early on, if you tell them something, and they don't take your advice, don't get your feelings hurt," Brooks said. "Because that's just not the way this works."

There were a few moments like this, when the show's director or producers choose the route of dramatic effect — rather than what police officers would actually do — but overall they listened to him and usually followed his advice.

Short Talks From the Hill highlights research and scholarly work at the University of Arkansas. Each segment features a university researcher discussing his or her work. Thank you for listening!