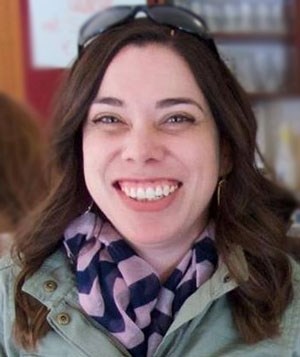 The Department of Anthropology at the J. William Fulbright College of Arts and Sciences will present a lecture, "Analyzing Conflict Damage to Cultural Heritage from Above: Results from the ASOR Cultural Heritage Initiatives in Syria, Iraq, and Libya," by Susan Penacho at 6:30 p.m. Thursday, March 14, as part of the Robert L. Stigler Lecture in Anthropology and Archaeology series.

The event is free and open to the public, and will be followed by a short question and answer session and reception. It will be held in Giffels Auditorium, Old Main 201 at the University of Arkansas.

This talk will analyze the patterns and scale of damage to cultural heritage in Syria, Iraq and Libya at both regional and country-wide levels with the primary focus on satellite based analysis.

Penacho received her doctorate from the University of Chicago in 2015 and is currently project manager for the Cultural Heritage Initiatives at the American Schools of Oriental Research. She is responsible for satellite imagery analysis and the continuing growth and maintenance of the heritage inventory.

Conflicts in this region have damaged heritage sites from a variety of disturbances including military – the most frequent damage source – and civilian activity, such as illegal excavations and urban encroachment. With an inventory of over 15,000 historic locations, the Cultural Heritage Initiatives has monitored reported damage to cultural sites through media reports, in-country documentation, and concurrent satellite based assessments. The American Schools of Oriental Research also assist in stabilization projects and ground surveys as the conflicts come to an end.

The lecture is a part of the Robert L. Stigler Lecture in Anthropology and Archaeology series. The series is supported through a trust established by Mr. and Mrs. Robert L. Stigler of Pine Bluff, in their son's memory. Its purpose is to bring distinguished scholars to address the university community and the public on diverse archaeological topics. The Stiglers' generous endowment of this lecture series is an especially fitting memorial to their son, who enjoyed a wide-ranging professional career in archaeology, and provides opportunities for all to share in the knowledge of past peoples and cultures.