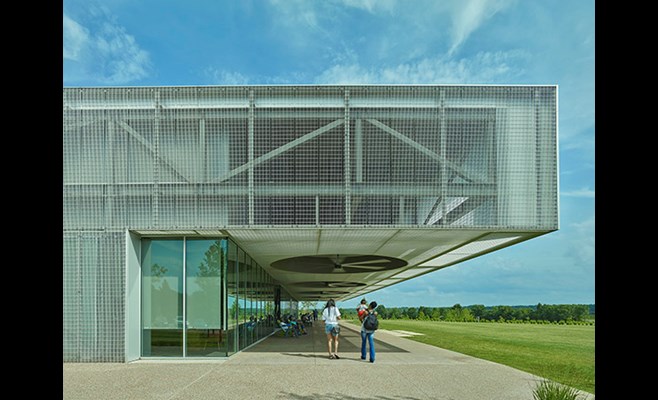 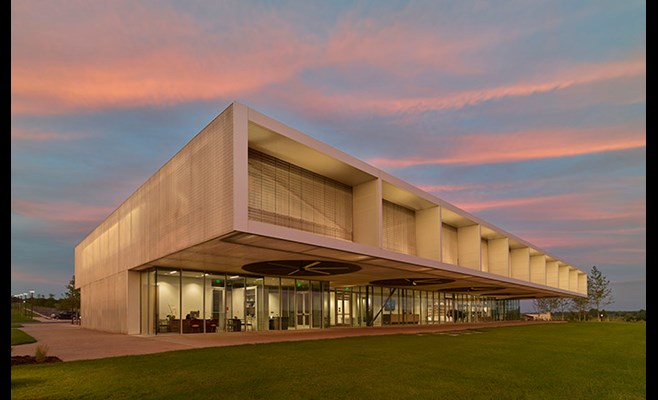 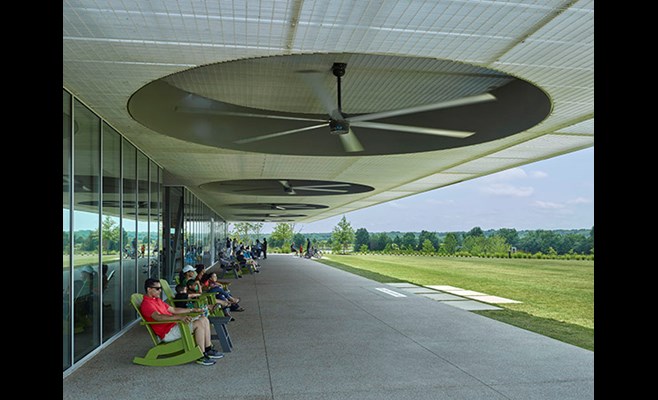 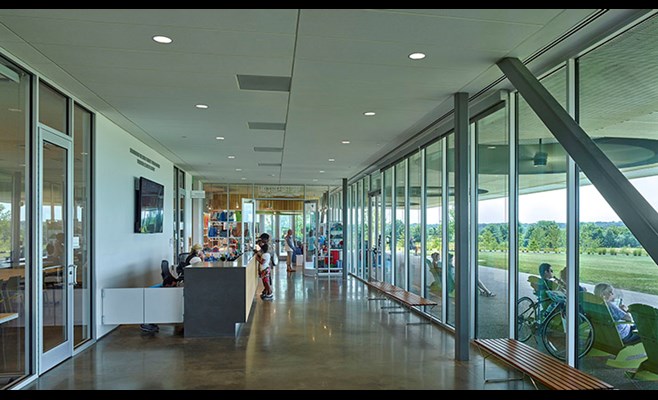 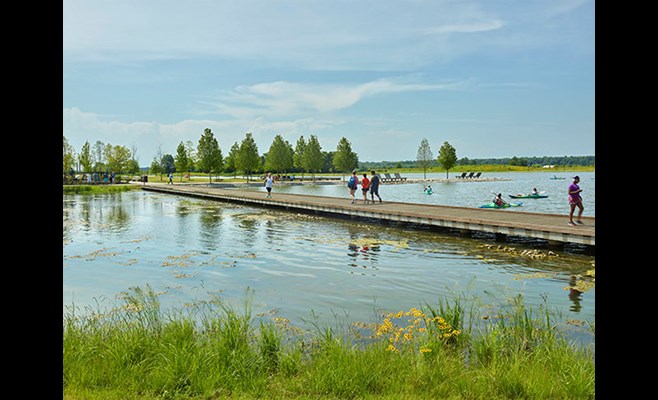 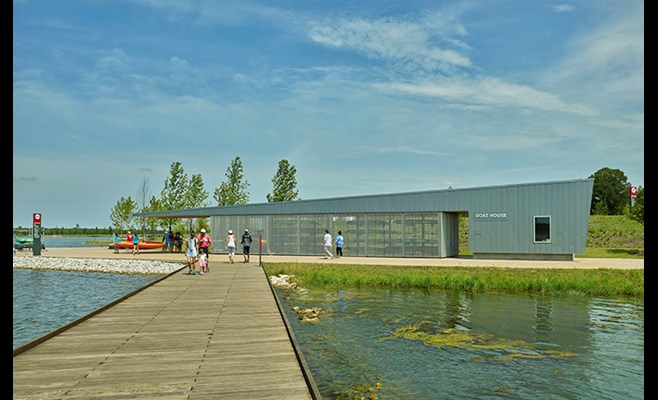 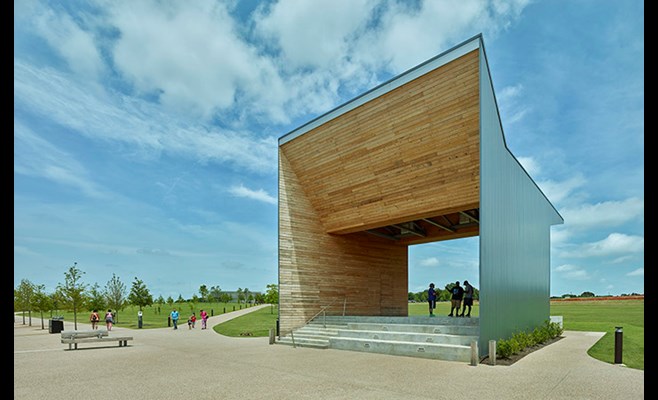 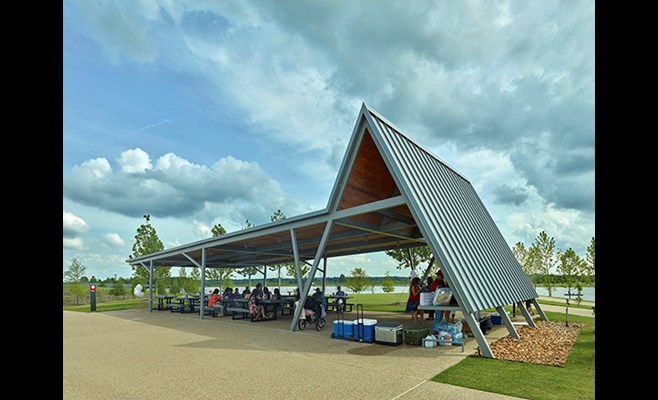 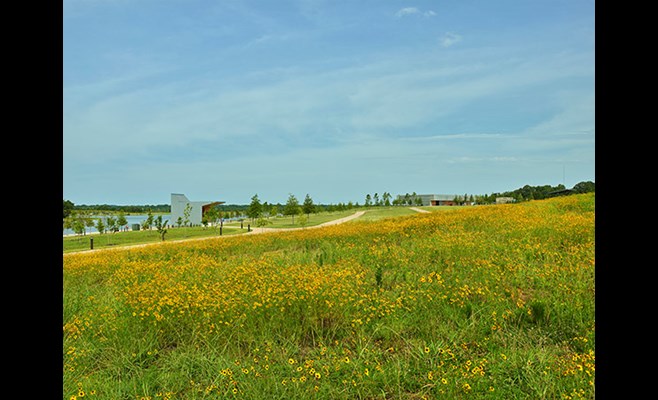 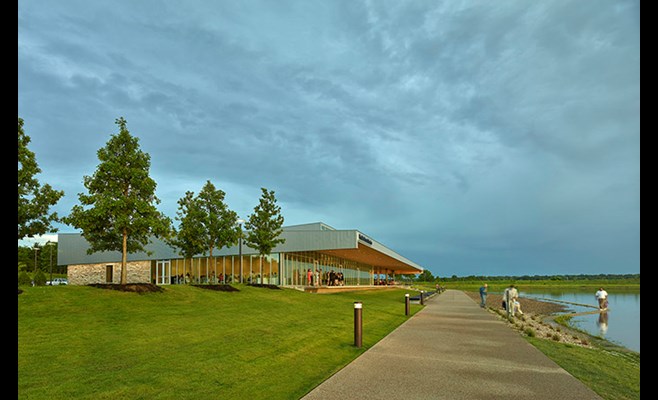 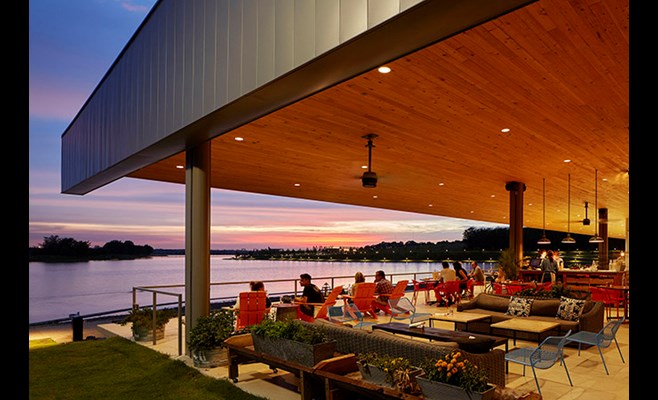 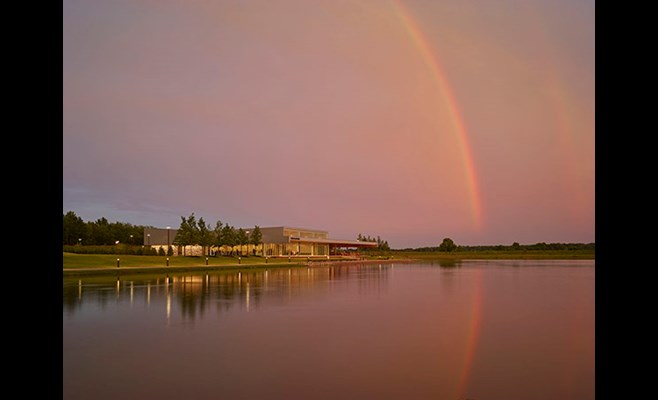 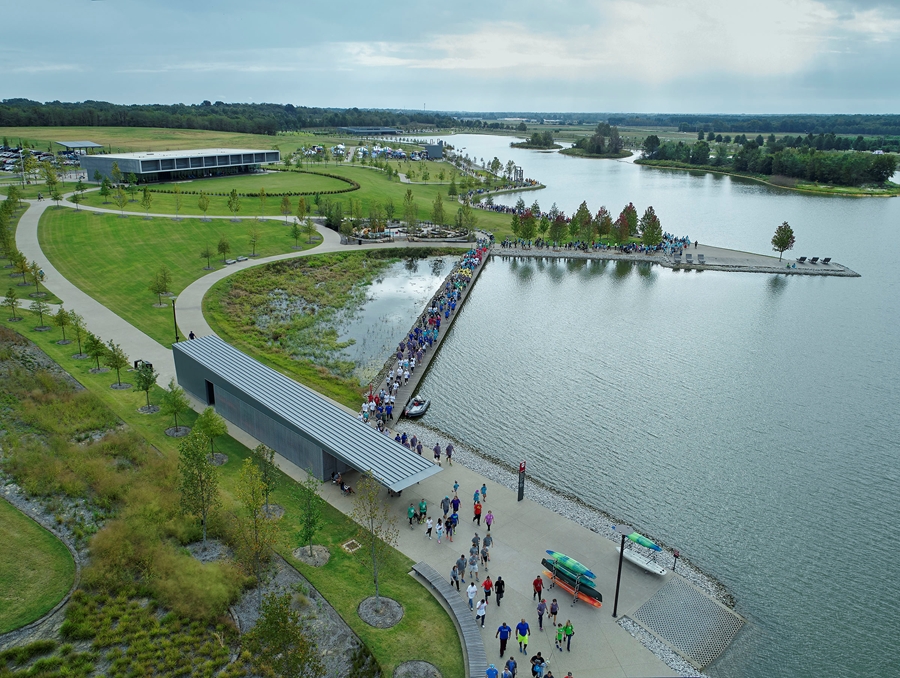 Shelby Farms Park, a design collaboration by James Corner Field Operations and Marlon Blackwell Architects, has won a 2019 Honor Award from the American Institute of Architects.

FAYETTEVILLE, Ark. – The Shelby Farms Park project in Memphis, Tennessee, a collaboration between Marlon Blackwell Architects and James Corner Field Operations, has earned a 2019 Honor Award from the American Institute of Architects – the highest national award given for architecture and design.

This was one of four projects honored in the Regional and Urban Design category, which recognizes the best in urban design, regional and city planning and community development.

“We used a holistic approach – both architecture and site design informing one another at the highest level,” Blackwell said. “The award is indicative of the collaboration.”

Shelby Farms Park is a 4,500-acre park on the west side of Memphis – an area more than five times the size of Central Park in New York City. Located on the site of a former penal farm, the park comprises expanses of open prairie and the Heart of the Park, which opened in 2016.

James Corner Field Operations developed the master plan for the park and this core area, centered on the 80-acre Hyde Lake. Marlon Blackwell Architects designed the ensemble of buildings and structures that knit the area together – a visitor center, a restaurant and event center, a stage pavilion, picnic pavilions and a boathouse.

The area serves as a hub for outdoor recreation and gathers a wide range of people around the shared amenities.

“This is a transformative project, not only for the park but for Memphis – expanding their access to outdoor recreation and reflecting the socio-economic diversity of the region,” Blackwell said.

The restaurant and event center are designed to be self-sustaining, providing needed revenue for the nonprofit Shelby Farms Park Conservancy. This is one of the ways the project meets the AIA goal of addressing environmental, social and economic issues through sustainable strategies – the rubric by which judges evaluated award submissions.

“The honor underscores the point that the contribution we architects make to our clients and the public is not only a matter of single buildings, but also how those buildings relate to one another and create the infrastructure for community and civilization,” William J. Bates, 2019 AIA president, wrote in his awards letter to Blackwell. “Your project, Shelby Farms Park, is a shining example of these very contributions.”

The project was featured in the August 2018 edition of Architectural Record and in a 2017 book from Susan Schadt Press, Shelby Farms Park: Elevating a City: The Improbable Journey of America’s Great 21st Century Urban Park.

The winning projects in this year’s AIA awards program will be exhibited in June at the annual convention in Las Vegas, Nevada, and published in Architect magazine, the official magazine of the AIA.

Blackwell’s firm has received several previous national AIA awards. Honor Awards for Architecture include the Steven L. Anderson Design Center addition and Vol Walker Hall renovation on the U of A campus in 2018, the St. Nicholas Antiochian Orthodox Christian Church in Springdale in 2013 and the Ruth Lilly Visitors Pavilion at the Indianapolis Museum of Art in 2012.

The firm received an Honor Award for Interior Architecture for the Museum Store at Crystal Bridges Museum of American Art in Bentonville in 2015 and an AIA Honor Award for Regional and Urban Design for The Creative Corridor: A Main Street Revitalization for Little Rock, a project designed in partnership with the U of A Community Design Center, in 2014.

The firm won AIA Housing Awards for Graphic House in 2017 and L-Stack House in 2008.

About the Fay Jones School of Architecture and Design: The Fay Jones School of Architecture and Design at the University of Arkansas houses professional design programs of architecture, landscape architecture and interior design together with liberal studies programs. All of these programs combine studio design education with innovative teaching in history, theory, technology and urban design. A broad range of course offerings equips graduates with the knowledge and critical agility required to meet the challenges of designing for a changing world. Their training prepares students with critical frameworks for design thinking that also equip them to assume leadership roles in the profession and in their communities. The school’s architecture program was ranked 26th in the nation, and the 12th best program among public, land-grant universities, in the 16th Annual Survey of America’s Best Architecture and Design Schools, a study conducted in 2015 by the Design Futures Council and published in DesignIntelligence. For more information, visit fayjones.uark.edu.