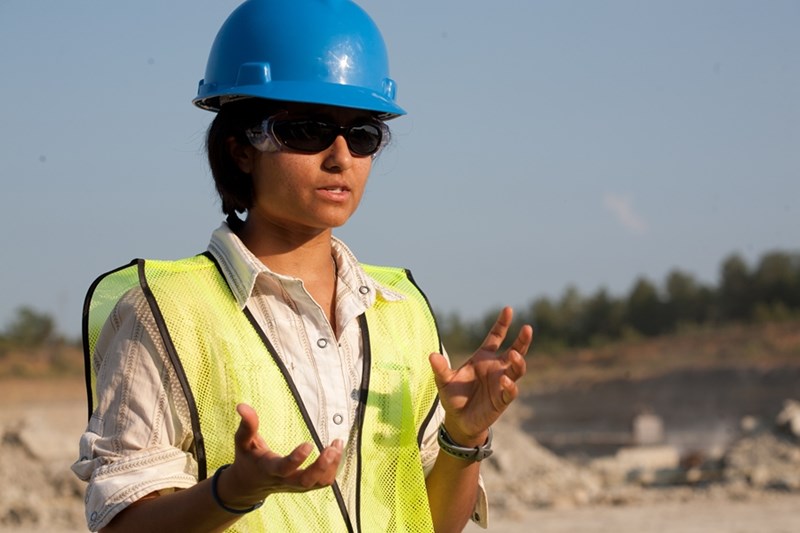 Celina Suarez during study of dinosaur tracks in southwest Arkansas.

FAYETTEVILLE, Ark. – The University of Arkansas Museum will host Celina Suarez, associate professor in the Department of Geosciences, for a talk about recent discoveries of dinosaur fossils in southwest Arkansas.

Her lecture  will be at 7 p.m. Wednesday, Jan. 16 in the Arkansas Archeological Survey building at 2475 N Hatch Ave. The event is free and open to the public.

Suarez was part of the U of A research team which studied the first theropod dinosaur trackways found in Arkansas. The tracks were found in 2011 at a gypsum quarry in southwest Arkansas. The researchers determined the tracks belonged to the large carnivorous dinosaur Acrocanthosaurus. Plaster casts of the best-preserved tracks were made and later donated to the University of Arkansas Museum. 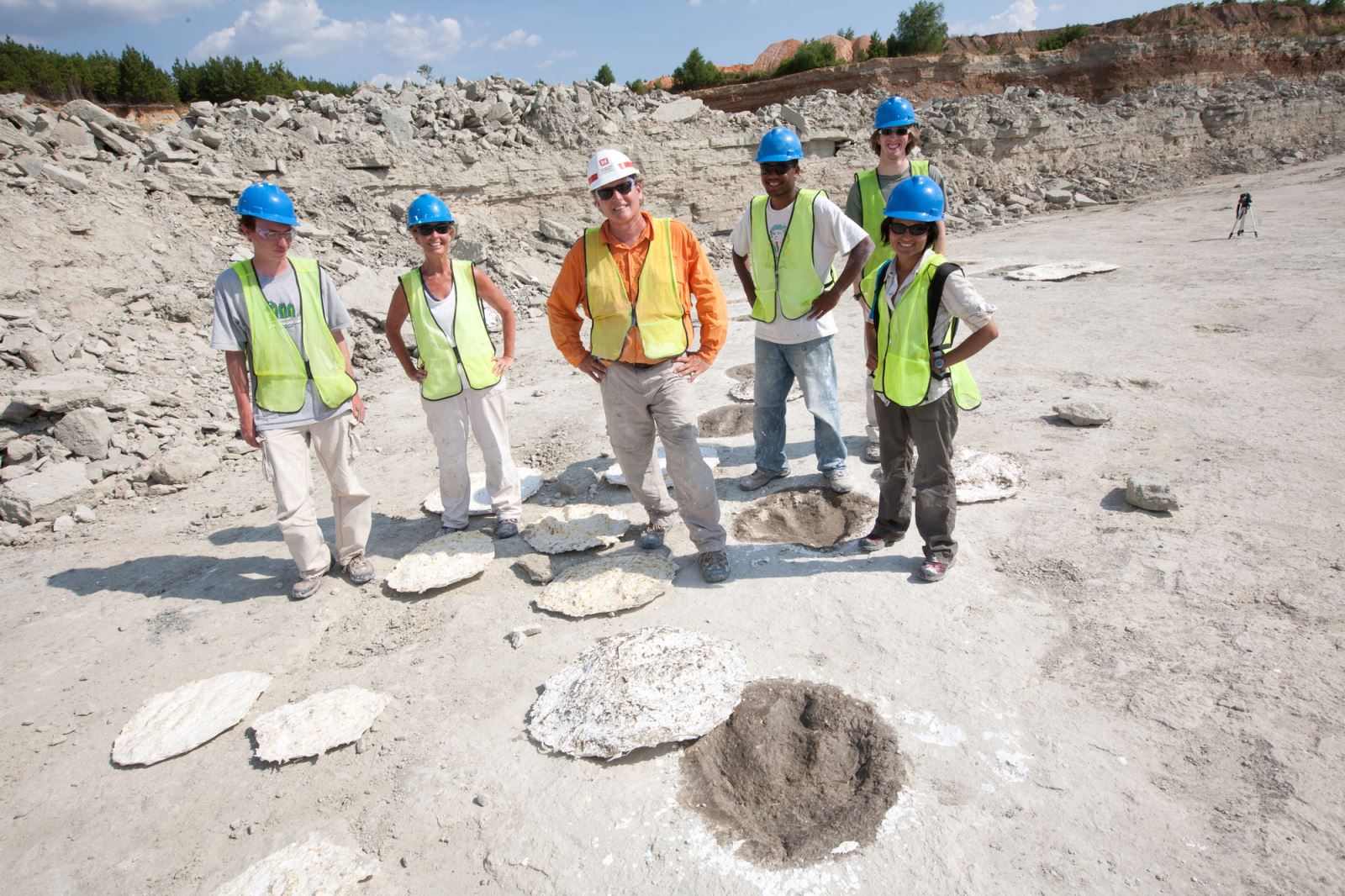 The team published their findings in the journal PLOS ONE last year.

This was not the first time Suarez was involved in making dinosaur history. In 2004, before she joined the university, Suarez and her twin sister discovered fossils from a previously unknown species of raptor. The new dinosaur species was named Geminiraptor suarezarum in honor of the twin researchers. 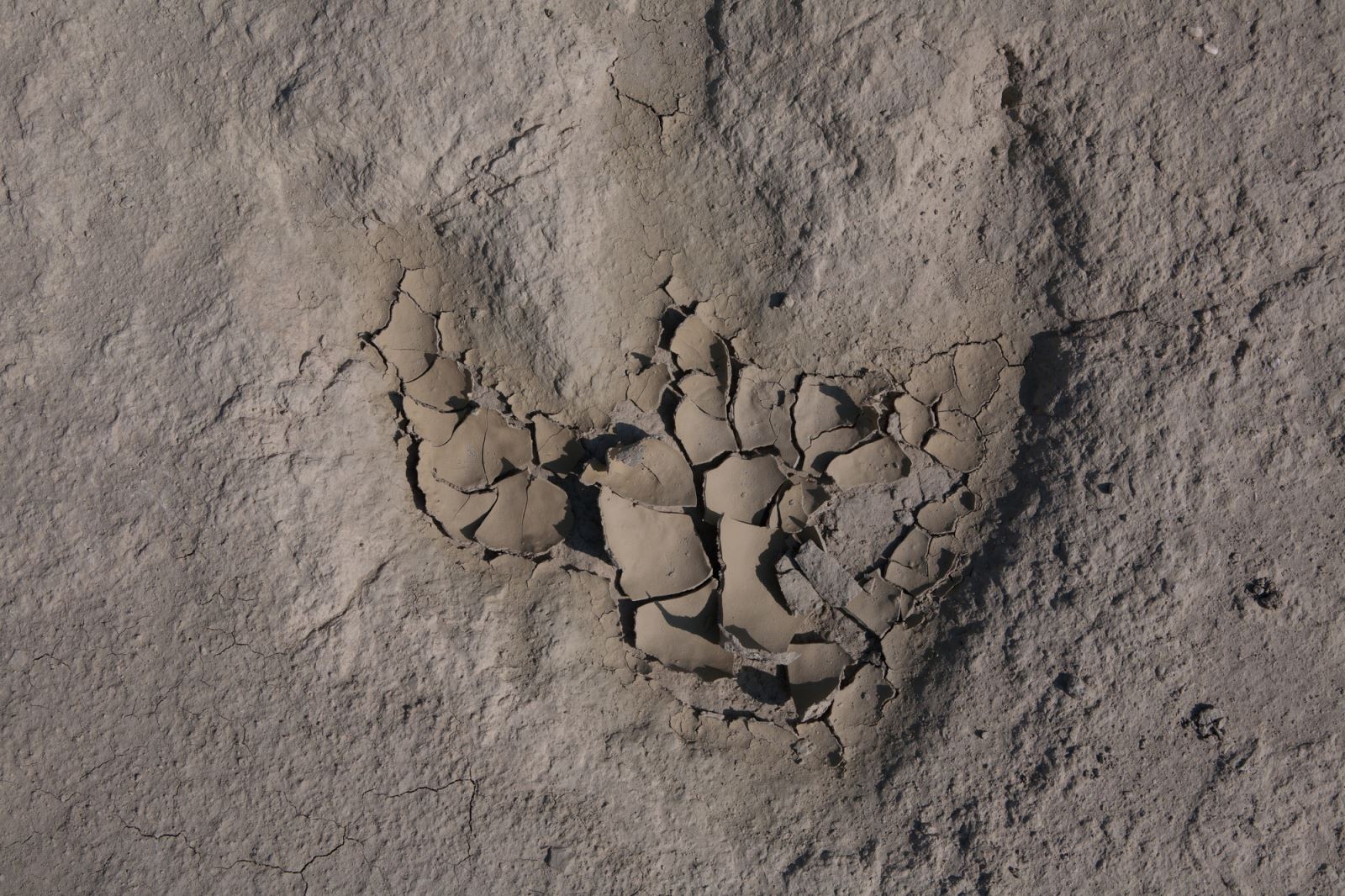 In her lecture, “The Vertebrate Fossil Record of the Lower Cretaceous Strata of Arkansas: A Rapidly Evolving Picture”, Suarez will discuss the team’s findings, as well as some of her other recent work. A sampling of the plaster casts will be on display for the program. Those who attend will also get a chance to see other fossils from the Museum on display, including the Arkansas State Dinosaur Arkansaurus fridayi.

Suarez will be the first in the Museum’s new Monthly Speaker series this semester. The series aims to connect the Museum’s collections with exciting, related research conducted by the U of A community. The series will be multidisciplinary as the collections include a wide range of materials. Program topics later this semester will include the challenges of studying secretive snakes, prehistoric textile weaving traditions in the region, and a look at the rich cultural and ethnic diversity of the African continent through art.