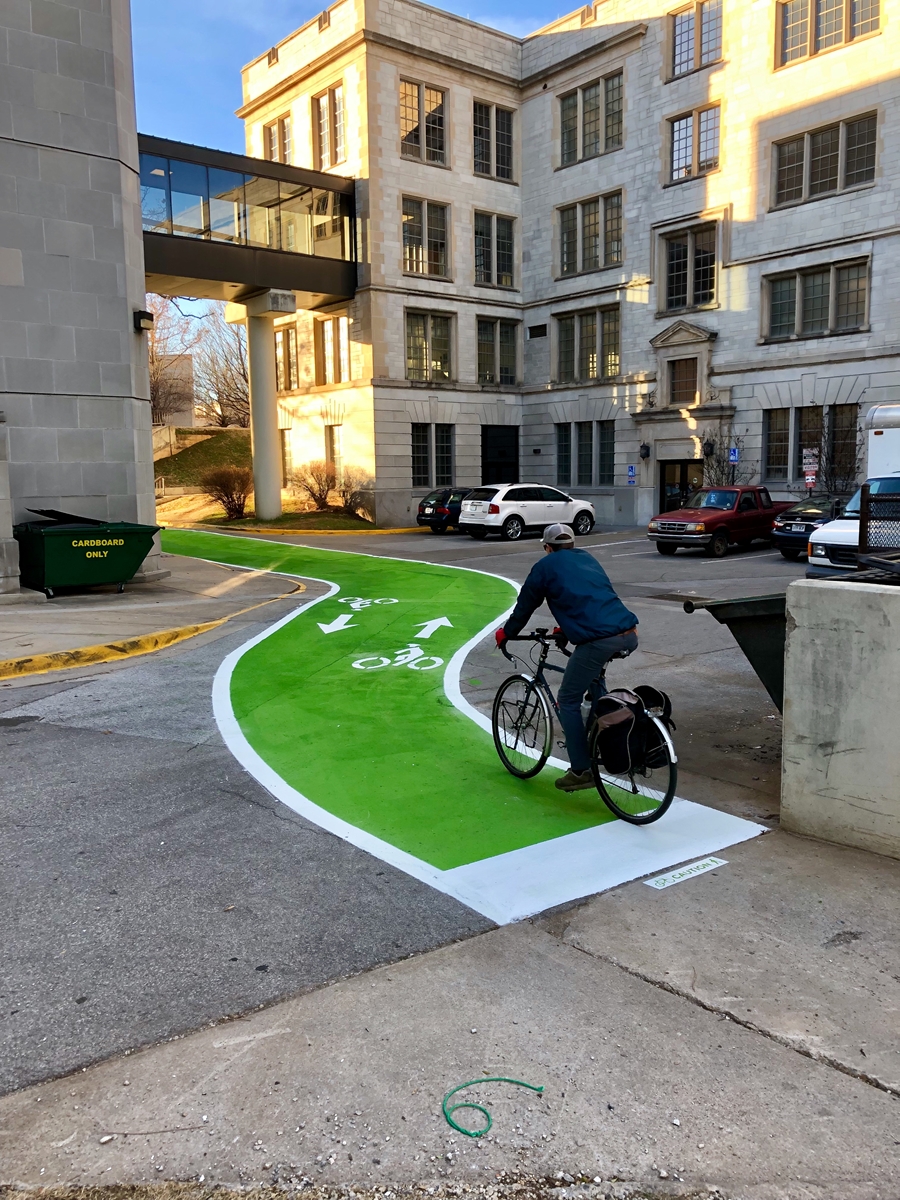 A ccyclist riding the Discovery Bikeway

Pass through the loading zone between Discovery Hall and the Chemistry Building and you'll no doubt notice all the new green and white paint. The green traffic paint and white symbols are part of what's being called the "Discovery Bikeway" which is the first formal bike route on the U of A campus.

The route is commonly used as a convenient shortcut for cyclists who want to avoid pedestrians  during class change. Cyclists now have another reason to use the route - a much safer path through the parking and loading zone. Green paint is used to raise awareness in potential conflict areas alerting cyclists and drivers to use caution.

The University of Arkansas Office For Sustainability has led the implementation of the bikeway. Further measures to extend the route using additional pavement wayfinding markers from Dickson Street to Campus Walk are underway.