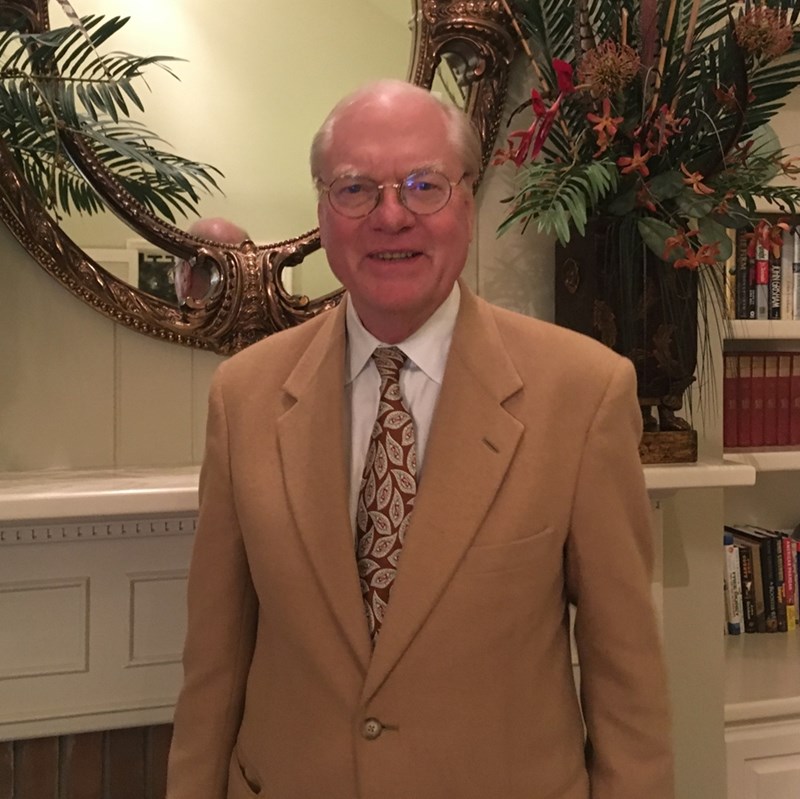 B. Jeffery Pence of Little Rock has created a new scholarship for law students from Arkansas with financial need.

FAYETTEVILLE, Ark. – University of Arkansas alumnus B. Jeffery Pence knew he wanted to practice law in Arkansas and that the U of A would provide him with the connections he needed for that future. The Little Rock native is creating similar opportunities for students in the School of Law thanks to a $100,000 bequest to create the B. Jeffery Pence Endowed Scholarship Fund. His gift will count toward Campaign Arkansas, the university’s $1.25 billion capital campaign focused on advancing academic opportunity.

Pence attended Hendrix College for his undergraduate degree and graduated from the U of A’s School of Law in 1972. He was the first in his immediate family to come to the state’s flagship and returned to Little Rock after graduation. He is now in his 46th year of private law practice.

“What I loved most about my time at the university were the friendships I made,” he said. “Most of my classmates were from Arkansas, so I made lifelong friends and contacts. I wanted someone else to have the same opportunity and the financial assistance to make it happen. It’s a real advantage to go to school in Arkansas if you’re going to practice law in Arkansas.”

Arkansas residents and students with demonstrated financial need will be given preference for the B. Jeffery Pence Endowed Scholarship Fund.

“I wanted to make sure my donation would give financial aid to those who can’t afford the tuition,” Pence said. “The School of Law at the University of Arkansas is a great value nationwide with good academics.”

“Mr. Pence is making a real difference in the lives of students with this gift,” said Margaret Sova McCabe, dean of the law school. “We want our students to be able to determine the direction of their careers, and graduating with little or no debt gives them more choices. Mr. Pence is helping students access legal education, but more importantly, he is contributing to their professional independence.”

Pence is a member of the Arkansas Alumni Association, an officer of the Central Arkansas Alumni Chapter and a board member of the Law Alumni Society. He is counted as a Thoroughred for his 10 years of consecutive giving to the U of A and is included in the Towers of Old Main, a giving society for the university’s most generous benefactors.