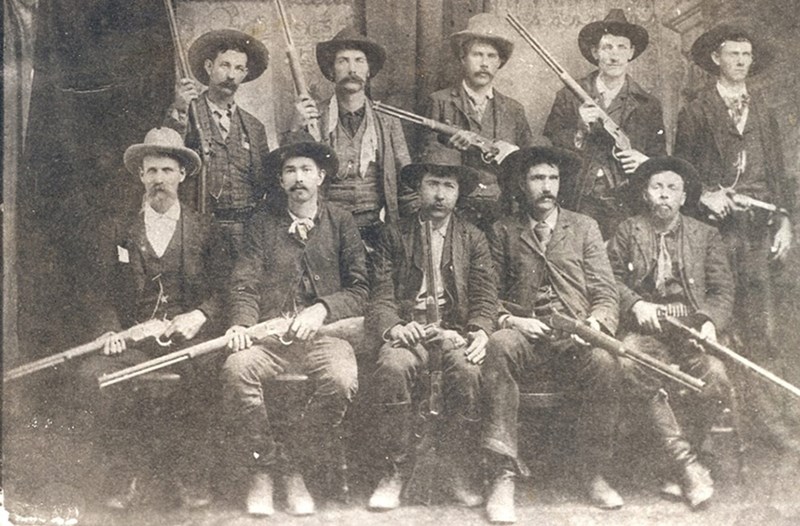 Courtesy of the National Park Service

Whiskey smuggling, murder, scandal and a "hanging judge" — the latest digital exhibit from University Libraries has all this and more. The Deputy Marshal Addison Beck and Judge Isaac Parker's Court collection is now available worldwide, free of charge.

Addison Beck was a deputy marshal for the United States from 1875 to 1883 who patrolled for the United States District Court for the Western District of Arkansas in Fort Smith. He also performed patrols in Indian Territory, which was under the jurisdiction of the same court. He originally worked for Judge William Story, who resigned amid allegations of corruption and dishonesty. President Ulysses S. Grant appointed the infamous Isaac Parker as federal judge in his stead. Parker would become known as the "Hanging Judge of the American Old West" for the large number of defendants he sentenced to death.

The collection, which was curated by Honors College graduate Forrest Walker Roth, contains images of Addison's two surviving diaries, as well as the diaries of his wife, Sarah Beck, who went by the name of "Said." While Addison's diaries include details from his profession, such as the names of suspects he apprehended, Said's contains information about their homestead on the frontier. In addition to these diaries, the collection contains correspondence and court documents.

Addison and his partner, Lewis Merritt, were murdered while trying to serve an arrest warrant for whiskey smuggling. One of Said's diaries describes the family's lives after his death. She moved to Vinita with their daughters and found solace in church.

"I utilized the Addison Beck diaries in my Honors thesis," said Roth. "Joshua Youngblood in Special Collections recommended them to me. He also told me that few modern people have read them. Having these documents online is a boon for anyone interested in the American frontier. It has been a great honor to work with the people of Special Collections and Digital Services. They are all dedicated to the spread of knowledge and work daily to help students, professors, and library patrons research and learn. Deputy Marshal Addison Beck was murdered a long time ago, but these journals he wrote ensure that his legacy patrols onward in the digital age."