Elizabeth S. Anderson to Give Department of Philosophy 2018 Kraemer Lecture 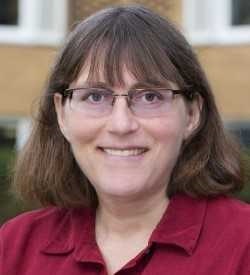 The Department of Philosophy in the J. William Fulbright College of Arts and Sciences is proud to present the 2018 Kraemer Lecturer, Elizabeth S. Anderson, the Arthur F. Thurnau Professor and John Dewey Distinguished University Professor of Philosophy and Women's Studies at the University of Michigan. This year's lecture is titled, "The Great Reversal: How Neoliberalism turned the Economic Aspirations of Liberalism Upside Down" and will be given at 7 p.m. Friday, Oct. 12, in Gearhart Hall Auditorium (GEAR 26).

Professor Anderson has provided the following abstract for her lecture: Before the Industrial Revolution, liberals advanced ideals of private property and free markets explicitly designed to vindicate the claims of workers against passive private property owners. Today, neoliberal policymakers, purportedly invoking the same liberal ideals, place the interests of capital owners ahead of the interests of workers. I discuss why this reversal took place, expose the contradictions in neoliberal ideology, and make sense of the current "populist" political crises facing modern Western liberal democracy by showing how they arise from these contradictions.

Professor Anderson's research covers topics in social philosophy, political philosophy and ethics, including: democratic theory, equality in political philosophy and American law, racial integration, the ethical limits of markets, theories of value and rational choice (alternatives to consequentialism and economic theories of rational choice), the philosophies of John Stuart Mill and John Dewey, and feminist epistemology and philosophy of science. Anderson's book The Imperative of Integration, was winner of the American Philosophical Association's 2011 Joseph B. Gittler Award, for "an outstanding scholarly contribution in the field of the philosophy of one or more of the social sciences." She is also the author of Value in Ethics and Economics, and dozens of articles.

Professor Anderson received a B.A. with high honors in philosophy with a minor in economics from Swarthmore College in 1981. In 1987 Anderson completed a Ph.D. in philosophy at Harvard University. She was a visiting instructor of philosophy at Swarthmore College 1985-86 and took up a position at the University of Michigan in 1987. She was associate professor of philosophy and women's Studies 1993-1999 and was promoted to professor in 1999. In 1994, she was named Arthur F. Thurnau Professor to recognize her dedication to undergraduate education with a demonstrable impact on the intellectual development and lives of her students. In 2005 she was named John Rawls Collegiate Professor of Philosophy and Women's Studies, and in 2013 the John Dewey Distinguished University Professor of Philosophy and Women's Studies. Anderson was elected to the American Academy of Arts and Sciences in 2008. In 2013, Anderson received a Guggenheim Fellowship to support her work. Anderson was named a Progress Medal Laureate in February 2018 by the Society for Progress for her book Private Government: How Employers Rule Our Lives (and Why We Don't Talk about It).

The Kraemer Lectures commemorate William S. Kraemer, who was chair of the Department of Philosophy from 1953-1976. The annual Kraemer lecture is a public lecture that presents cutting-edge research by a major philosopher to a wide audience; everyone is encouraged to attend.