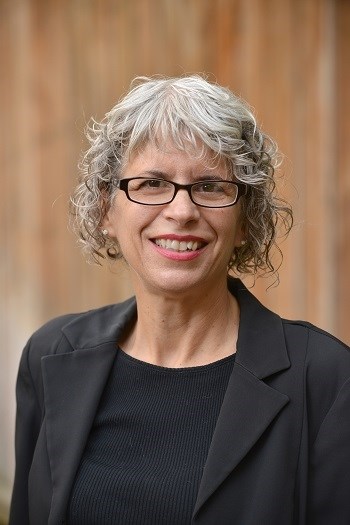 Karla Mallette, professor of Italian and Mediterranean Studies, and the Director of the Global Islamic Studies Center at the University of Michigan, will give a lecture entitled "Lives of the Great Languages: Arabic, Latin and the Mediterranean Lingua Franca." The lecture will take place at 5:30 p.m. Thursday, Sept. 20, in Gearhart Hall (GEAR) Room 26.

In her talk, Mallette will examine the tangled relations between cosmopolitan languages in the pre-modern Mediterranean. For the upper classes, Arabic and Latin functioned as tools that focused thought and aided analysis. Education in the language furnished an intellectual, aesthetic, and ethical formation, considered essential to engaging in public life.

At the other end of the social scale, a contact language was used to facilitate communication between people who did not share a common tongue: the Mediterranean lingua franca, a Romance pidgin with a sprinkling of words from other languages, especially Arabic and Greek. Today it's typically remembered as the language of pirates and prisoners. But pilgrims, honest merchants, and even priests and diplomats learned the lingua franca as an instrument to communicate across linguistic boundaries.

"Lives of the Great Languages" studies these linguistic instruments in order to think about the strategies that language uses to transcend the boundaries that language creates - and to defamiliarize the national language system of modern Europe, which proposes the use of the mother tongue as cultural medium.

Mallette studies medieval Mediterranean literature, mainly in Italian and Arabic. She is author of The Kingdom of Sicily, 1100-1250: A Literary History (University of Pennsylvania Press, 2005) and European Modernity and the Arab Mediterranean (University of Pennsylvania Press, 2010), which won the 2011 Susanne M. Glasscock Humanities Book Prize for Interdisciplinary Scholarship, awarded by Texas A&M University. She was co-editor, with Suzanne Akbari, of A Sea of Languages: Rethinking the Arabic Role in Medieval Literary History (University of Toronto Press, 2013). She is currently working on a monograph, tentatively entitled Lives of the Great Languages, that studies the cosmopolitan languages of the pre-modern Mediterranean, comparing them to the national language system of modern Europe. She has also published numerous articles on medieval literature and Mediterranean Studies.

This lecture is presented by the King Fahd Center for Middle East Studies, the Department of History, the Department of World Languages, Literature and Cultures, the Comparative Literature and Cultural Studies Program, and the Medieval and Renaissance Studies Program in the J. William Fulbright College of Arts and Sciences at the University of Arkansas, and is free and open to the public.