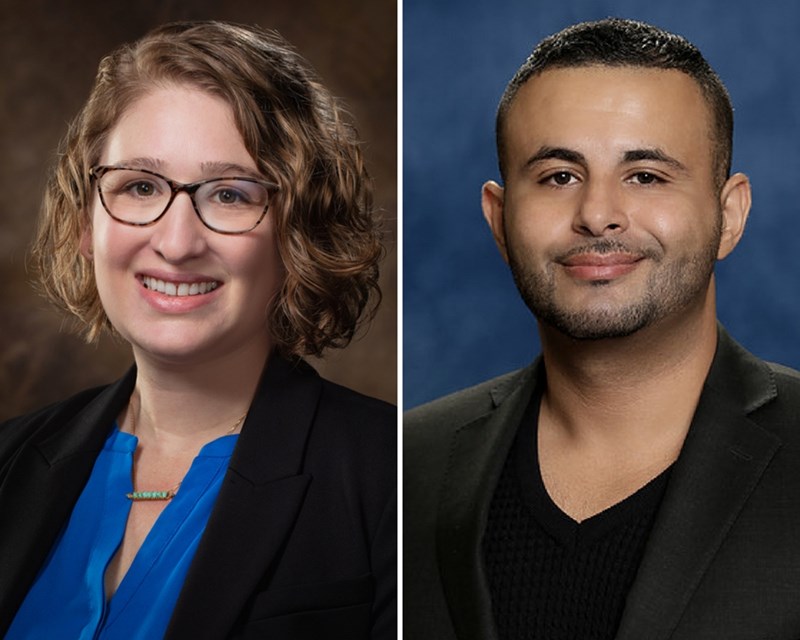 FAYETTEVILLE, Ark. – Beth Zilberman and Khaled Beydoun have joined the University of Arkansas School of Law faculty. Zilberman directs the Immigration Law Clinic offered through the school's Legal Clinic. Her scholarship focuses on access to justice in immigration adjudications and intersects with family, education and juvenile justice law. Beydoun will teach constitutional law and related courses. His scholarship focuses on national security; civil rights and the formation of Arab and Muslim American legal identity; and race, religion and citizenship.

"We are thrilled to have these two exceptional educators and scholars as part of the University of Arkansas and the School of Law," said Margaret Sova McCabe, dean of the school. "Their professional accomplishments are impressive, and we look forward to being part of their continued success."

Khaled Beydoun joined the faculty on July 1 and will begin teaching in January 2019. He is the author of American Islamophobia: Understanding the Roots and Rise of Fear, which was published in April by the University of California Press. The book is a comprehensive study of Islamophobia in the United States from the antebellum South to the present. Beydoun offers suggestions to Muslim Americans on building coalitions with other groups to combat misconceptions.

Most recently, Beydoun was an associate professor of law at the University of Detroit Mercy. He specializes in national security; civil rights and the formation of Arab and Muslim American legal identity; constitutional law with special emphasis on the First and Fourteenth Amendments; and race, religion and citizenship. He is a graduate of the University of California Los Angeles School of Law.

Since his appointment to the university faculty, he has been invited to present his work on race and religion at the ninth annual John Mercer Langston Writing Workshop, was named among 12 Soros Equality Fellows and has published op-eds in The Undefeated and The Guardian. His work more broadly has been published in the Northwestern Law Review, the California Law Journal, the Columbia Law Reviewand other national publications.

Beth Zilberman joined the university from Michigan State University College of Law where she co-taught that school's immigration clinic as a teaching fellow. Prior to that, she was a fellow at the Boston College Law School Immigration Clinic. While in Boston, she served as an Equal Justice Works Fellow with Kids in Need of Defense, providing representation to unaccompanied children in the Boston area who had been victims of gender-based violence and collaborating with mental health and medical providers to increase access to critical social services for these children.

She holds a Juris Doctor from Boston College where she was a Public Service Scholar and received the Aviam Soifer Award for Public Service Achievement and Leadership. She earned a Bachelor of Arts from University of California-Davis.

Only a few weeks into her appointment, she was interviewed by the Northwest Arkansas Democrat-Gazetteand was featured in "UA immigration-law clinic chief ready to work" in the newspaper's July 21 issue.