Department of Chemistry and Biochemistry Invests in System to Recycle a Precious Resource, Helium 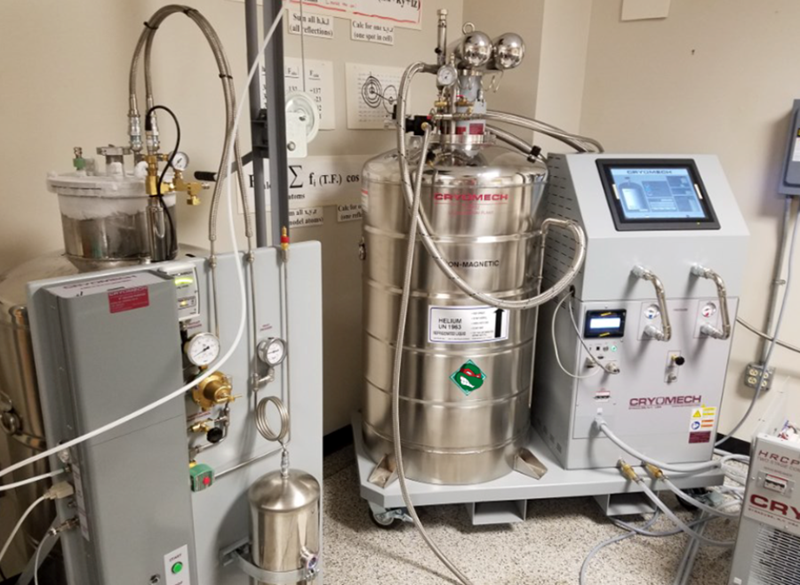 The Department of Chemistry and Biochemistry in the J. William Fulbright College of Arts and Sciences recently installed a liquid helium recovery system.

"As a further incentive, liquid helium supplies have been very tight and volatile for some time," Stites said. "Last summer, for example, the Saudi embargo of Qatar, which produces 25 percent of the world supply of helium, caused major price jumps and supply disruptions. The department never ran out, but we were rationed." 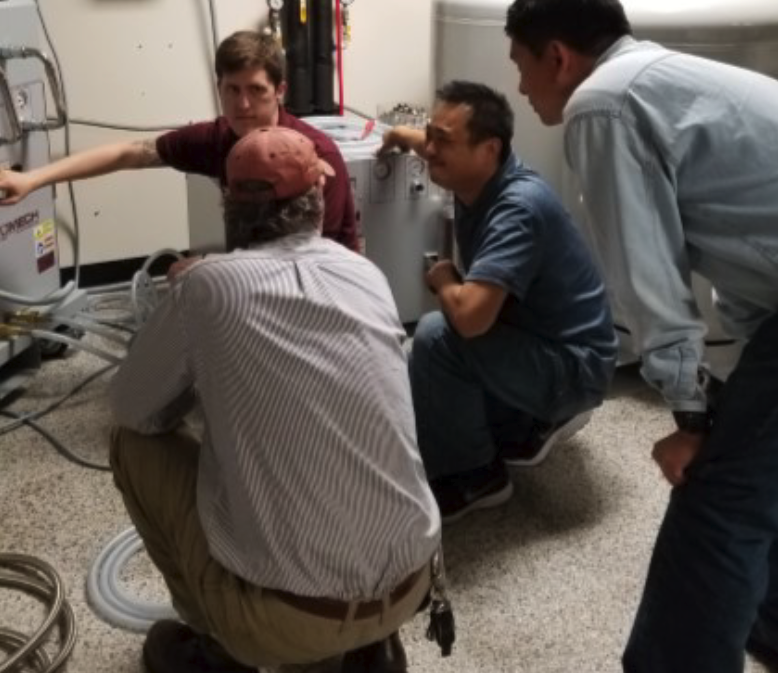 Stites said the scientific use of helium is lower in priority than medical uses and usage for semiconductor manufacturing, "so if things were to get really bad we would be right behind party balloons as the first to be cut off."

Helium supply shortages also hit in 2006 and 2011, and according to the Bureau of Land Management, which operates the National Helium Reserve in Amarillo, the reserve is expected to be depleted by 2020.

"The ability to capture and re-liquefy most of our helium should help buffer us from similar supply problems in the future," Stites said.

The top picture shows one of the heat exchangers and copper piping used by the system to collect and warm the helium boiling off from the superconducting magnets of our NMRs. During this process, the gas flows at just above atmospheric pressure into the large rubber bag in the foreground. It can inflate up to six feet tall. 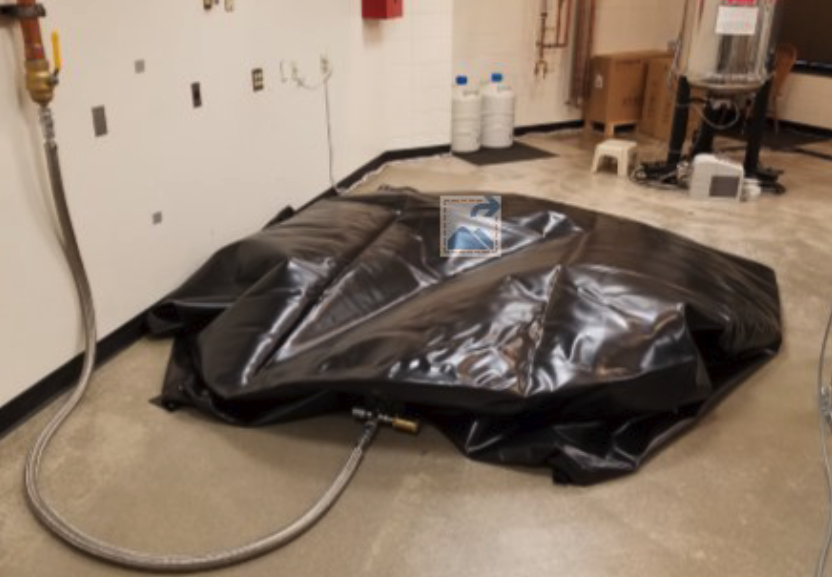 The compressor in the second picture is across the hall from the NMR room, and it compresses the helium into the medium pressure storage tanks visible in the background. This gas is then passed through a purifying cold trap, where water, oxygen, nitrogen and any other contaminates are frozen out. (During normal operation, the cold trap will not frost over on the top as it is doing under the start-up conditions when these photos were taken.)

The pure helium is then chilled to 4 degrees Kelvin, just above absolute zero, and condensed in the unit on the right in the second picture. It is then transferred to conventional Dewars and used to refill the superconducting magnets.

For more information, please visit the Department of Chemistry and Biochemistry's website or contact Stites at wstites@uark.edu.