First UAteach Computer Science Graduates to be Honored at Conference 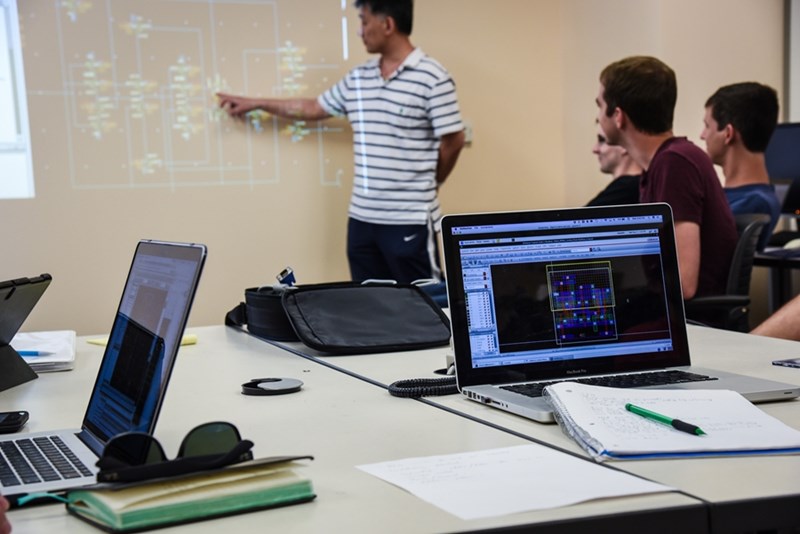 Chris Malone and Nate Vogel both graduated in May, and Drake Maltos is scheduled to graduate in December. They will be recognized during the Arkansas Computer Science Educators Conference at Henderson State University in Arkadelphia, along with Joseph Donnell, who graduated with a computer science education degree from Arkansas Technical University.

Gov. Asa Hutchinson and Johnny Key, commissioner of the Arkansas Department of Education, are scheduled to speak at the conference luncheon about the governor’s computer science initiative, and praise the students for helping make Arkansas a national leader in computer-science education, preparing students to join a highly skilled workforce.

The luncheon event will be at noon Monday, July 2 in the Grand Ballroom of the Garrison Activity and Conference Center at Henderson State.

"I am delighted that Arkansas colleges and universities are recognizing the importance of computer science education in Arkansas and the critical role of preparing teachers in this field,” Gov. Hutchinson said. “Programs such as UAteach are paving the way for STEM education in Arkansas, and I look forward to continued success.”

In 2015, the Arkansas legislature required all state high schools to offer at least one computer science course. This was the first step in Hutchinson’s computer science initiative, which is being implemented by the state Department of Education. This has created an increased demand for licensed computer science teachers in the state.

The UAteach program, which is a partnership between the J. William Fulbright College of Arts and Sciences and the College of Education and Health Professions, added computer science as a concentration in 2015 to help meet that demand. The program was formally approved by the state Department of Education in Nov. 2017. Licensed programs have also been approved for Arkansas Tech, Henderson State and Hendrix College.

Chris Malone became the first computer science major in the UAteach program, almost a year before the governor launched his initiative. Even then, Malone recognized the value of teaching computer science.

“Regardless of any student’s future goals or career path, I believe knowing computer science empowers students by giving them the skill set and confidence to solve problems in their lives and change the world,” Malone said. “You can imagine how exciting the governor’s announcement was for me.”