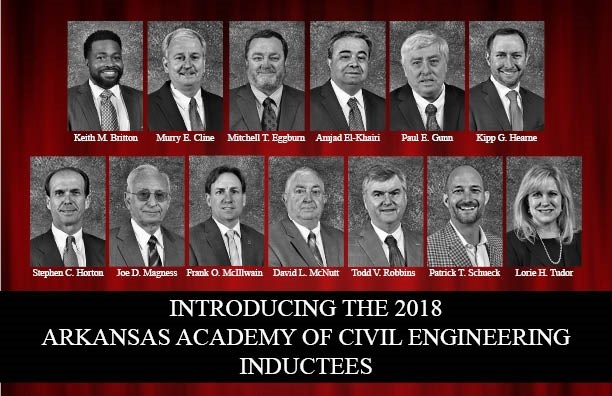 The Academy welcomed 13 new members, and three undergraduates were recognized for their achievements.

The Academy exists to recognize civil engineering graduates who have made significant contributions to the civil engineering profession.  Members support the efforts of the University of Arkansas' Department of Civil Engineering to educate and graduate the next generation of civil engineers who will be expected to continue upholding the high ethics and standards of the profession.

The following are the 13 academy inductees:

The Business Meeting was held the following morning in the John A. White Engineering Hall where members made new pledges for providing scholarships for the upcoming academic year totaling more than $85,000.