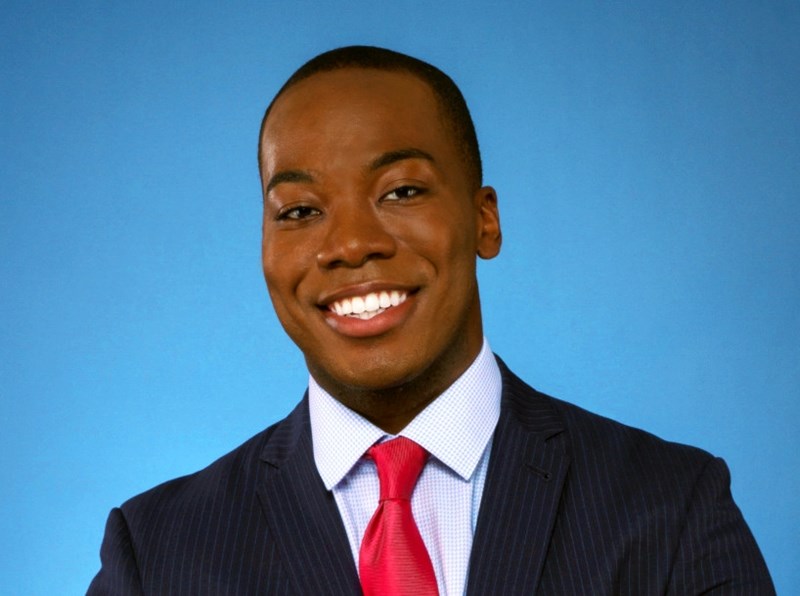 FAYETTEVILLE, Ark. – Tevin Wooten, who graduated from the University of Arkansas in 2014 with a bachelor’s degree in broadcast journalism, has been hired as an on-camera meteorologist for The Weather Channel.

"Tevin has been focused on a career in weather reporting for years, and he's earned this new opportunity," said Larry Foley, chair of the School of Journalism and Strategic Media in the J. William Fulbright College of Arts and Sciences.

“He pioneered weather coverage at UATV, the campus TV station, and he received national recognition for team coverage of the Faulkner County tornado when he was an undergrad. Tevin is not only a hard working, talented pro, but he's a wonderful person, and we're really proud of him. He's come a long way from when he arrived on our campus from Camden, yet he remains humble and totally connected to his roots,” Foley said.

Wooten worked at KNWA and FOX 24 in Fayetteville as a general assignment reporter and fill-in weather anchor and producer after graduating from the U of A. He won an Emmy Award (Mid-America Chapter) in 2016.

“We’re excited to welcome Tevin back to The Weather Channel family,” said Nora Zimmett, senior vice president, content and programming. “Tevin’s enthusiasm and dedication for live weather coverage are fantastic qualities that he brings to our team of world-class meteorologists. His passion for meteorology and talent for storytelling will make him a valuable asset, both in the studio and out in the field.”