U of A Retailing Research Initiative Measures Millennials' Retail Loyalty 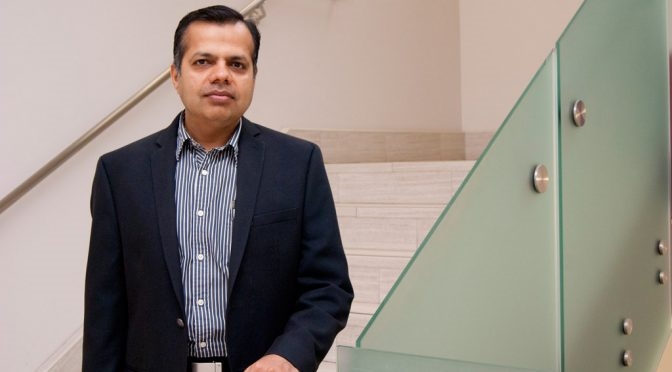 Prices would have to be at least 10 percent lower to get millennials to switch from one major retailer such as Walmart, Amazon or Target to a competitor, a study by a University of Arkansas professor indicates.

Dinesh Gauri, a professor in the Department of Marketing and head of the University of Arkansas Retailing Research Initiative, researched the shopping habits of Americans aged 18 to 34 at Walmart, Amazon and Target because the retail industry is in a period of fundamental change and millennials' habits are considered "as giving clues to the future of shopping."

Those results are part of a larger survey that found distinct consumer perceptions of Walmart, Amazon and Target among millennial shoppers. Gauri initiated the online survey of 547 individuals in December 2017. Those surveyed responded to questions about consumer behavior on a variety of topics. Some of those were to determine the shopping habits and preferences of millennials.

In responding to the survey, millennials indicated:

The study was in response to fundamental changes in the way consumers shop today and the effect it is having on retailers, Gauri said. He said U.S. retail accounts for 16 percent of U.S. GDP with just a few key retailers contributing most heavily. In order to recruit participants and execute the study, Gauri engaged Vincent McCabe, Inc., a research administrator in New York. Vincent McCabe developed the online survey and recruited a representative sample of respondents from U.S. consumers. Of the 547 respondents, 65 percent are female and 35 percent are male. Most of respondents indicated that they had shopping experience with all three of the major retailers. Of those studied, 45 percent were millennials.

In terms of attitudes toward the retailers and general merchandise, the survey found: