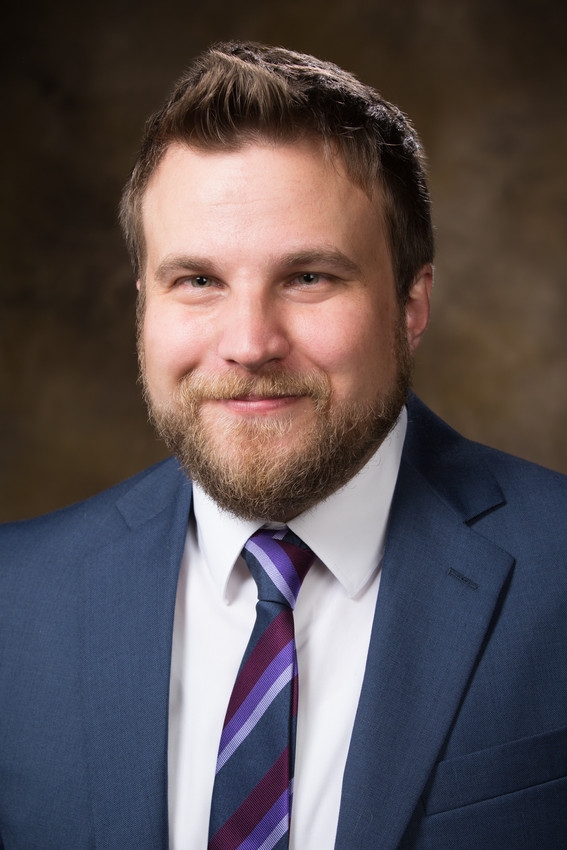 FAYETTEVILLE, Ark. – Kyle Quinn, assistant professor of biomedical engineering at the University of Arkansas, has published a review highlighting recent advances in autofluorescence imaging and discussing its role in evaluating cell metabolism.

Autofluorescence is the emission of light by molecules naturally present in cells and tissue when those molecules have absorbed light.

Quinn and graduate student Olivia Kolenc have published an article in Antioxidants & Redox Signaling, explaining that human cells and tissues contain naturally fluorescent molecules that can be imaged and used to assess cell metabolism for a broad spectrum of biomedical applications, including tissue engineering and regenerative medicine.

Autofluorescence imaging of these naturally fluorescent molecules – nicotinamide adenine dinucleotide (NADH) and flavin adenine dinucleotide (FAD) – can allow researchers to assess the structural organization of mitochondria and biochemical details related to cell metabolism. This can be done through a measurement called an optical redox ratio, which quantifies the relative concentrations of NADH and FAD. The three-dimensional distribution of NADH and FAD within cells can be quantified non-invasively in living tissue by using a multiphoton microscope.

Mitochondria are the organelles – or specialized structures – within cells that are responsible for respiration and energy production.

Traditionally, this imaging technique has been used to monitor cell metabolism during hypoxia and cancer development, Quinn said. But he and Kolenc expect that continued improvement in instrumentation and analysis with these methods will lead to wider applications and further advances in basic science, preclinical research and clinical management of disease. For example, part of Quinn’s research focuses on applying this imaging technique to the study of wound healing.

Quinn is also a co-author of a new study by researchers at Tufts University, where he was a postdoctoral fellow after receiving his doctorate at the University of Pennsylvania. The study highlights some of these new applications and methods for autofluorescence imaging of NADH and FAD.

“Autofluorescence intensity can be a useful metric to noninvasively assess metabolic and functional cellular changes for a variety of biochemical applications,” Quinn said. “We here at the U of A are particularly excited about its use in evaluating wound healing.”

Quinn’s research is supported by the National Institutes of Health, Department of Defense, and the Arkansas Biosciences Insititute. In September of 2017, he received a $1.7 million grant from the NIH to continue developing autofluorescence imaging methods to quantify and understand age-related delays in skin wound healing.

Also in 2017, Quinn published research demonstrating that during the weeks following a heart attack, the injured heart wall acquires more collagen fibers that are significantly less stiff due to a lack of naturally fluorescent fiber crosslinks. That study appeared in Nature Publishing Group’s Scientific Reports.