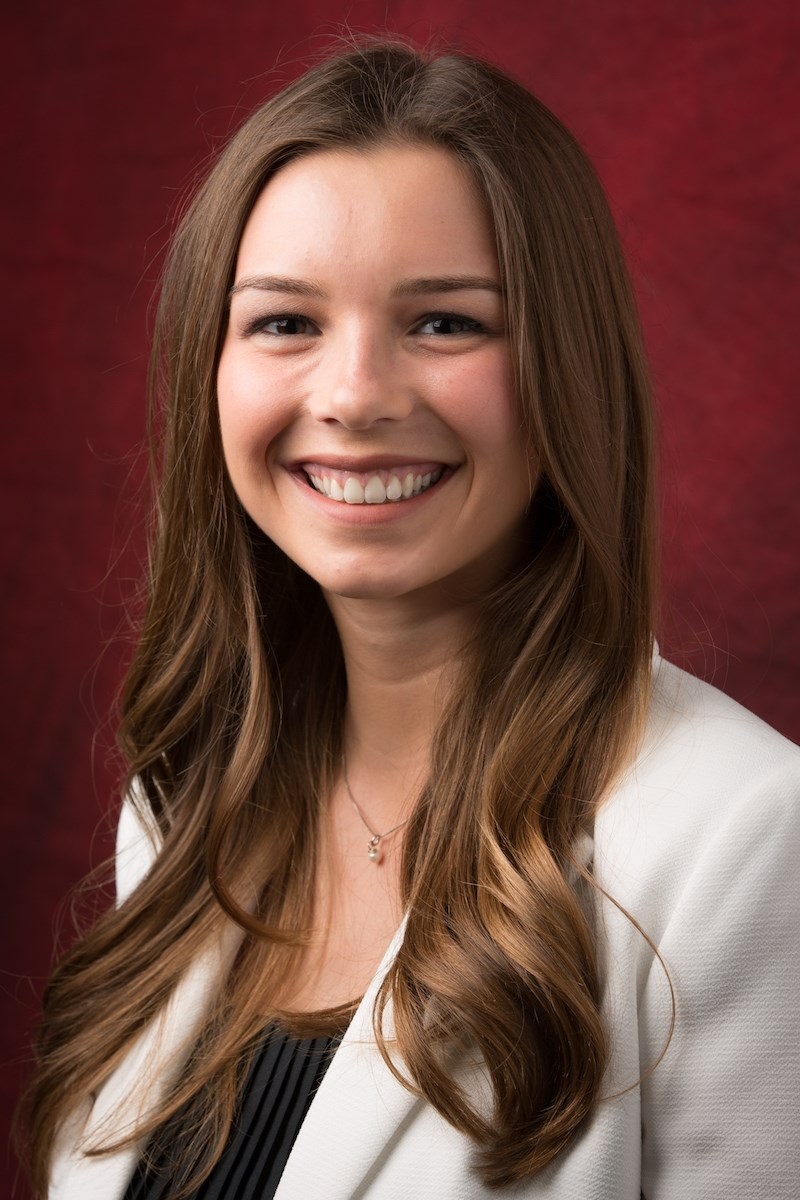 Grace McGee, a senior industrial engineering student, was the recipient of the Robert and Jean Dryden Service Scholarship presented by the Alpha Pi Mu Honor Society.

Established in memory of Robert D. Dryden, former head of the Grado Department of Industrial and Systems Engineering at Virginia Tech, the scholarship is one of only five offered to all APM members nationwide and includes the requirement that the applicant has serviced APM and/or the industrial engineering profession.

McGee has been involved on campus since she arrived. A member of numerous organizations on campus, she has held several different leadership positions throughout her career at the University.

She has completed three internships: John Deere during summer 2016 as a Reliability Engineer, Whiting-Turner over winter break of 2016/2017, and Cummins in summer 2017 as a Supplier Quality Improvement Engineer.

McGee completed a study abroad in South Africa during May 2017 studying "the long, arduous path that the country traversed before finally achieving majority rule in 1994, but also the formidable political, social, and economic challenges that remain as South Africa continues to develop." Drawn to the lasting and current effects of apartheid, she completed a report on violence against women.

During her freshman year, McGee received the Outstanding Freshman Award in industrial engineering. In spring 2017, she received the Harold & Inge Marcus Scholarship from the Institute of Industrial and Systems Engineers and the Taft-O'Neal-Geels Senior Scholarship from the Arkansas Academy of Industrial Engineering. Additionally, the Arkansas Alumni Association named her among their class of Seniors of Significance in December 2017.

McGee will graduate May of 2018 and will intern with Cummins in the summer of 2018 as a Project Engineer. She will then spend the fall 2018 semester in Galway, Ireland working with children and teenagers in disadvantaged areas developing their technical and social skills.

She chose Industrial Engineering because she identified strongly with the concepts of working efficiently, eliminating waste and continual improvement. She enjoys having the opportunity to help others do the same. Grace said the things she has enjoyed most about her educational career are the people

"Industrial engineering involves the study of systems, and the students, faculty, staff and alumni of the Industrial Engineering Department have served as one of my most reliable 'systems', supporting me throughout my college years," she said.

About Alpha Pi Mu: Members of the senior class of industrial engineering founded Alpha Pi Mu in 1949 at Georgia Tech University. Their work led to an organization to provide a common ground on which their outstanding young engineers could exchange ideas, and provide experiences that could help their future professional development.