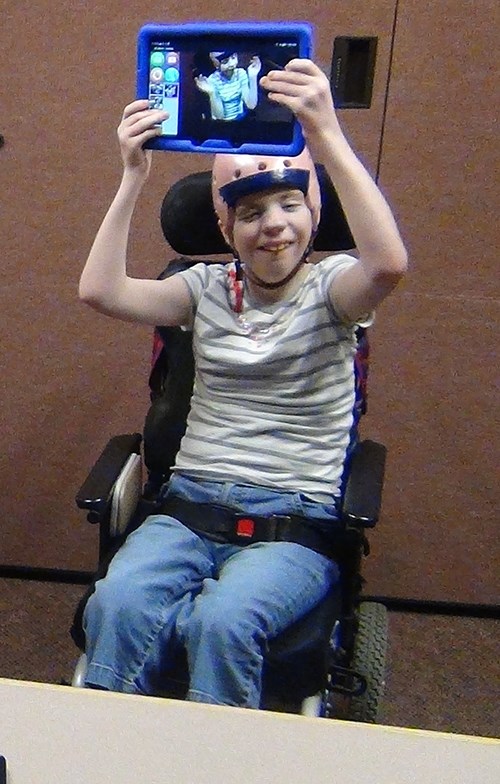 A new research article co-authored by  Christine Holyfield, assistant professor of communication disorders, describes improvements in communication that children with intellectual and developmental disabilities made by using new technology.

The study done at Penn State evaluated a new app that was developed by Invotek, a company near Alma, Arkansas, that develops technology and products to improve independence, communication and quality of life for people with severe disabilities, according to its website.

The study involved five children, four adolescents and one preadolescent, who used only a small number of symbols such as objects and picture cards to communicate. They had a range of developmental disabilities that affected their speech and language development, including autism, cerebral palsy, fetal alcohol syndrome and chromosomal variations, and they all used fewer than 25 words symbolically at the start of the study.

The researchers used the Invotek app installed on a tablet to take pictures of events that were interesting and meaningful to the children and to record audio of associated words and phrases. The children could choose the photos to communicate with the researchers. Researchers refer to this technology as visual scene displays and just-in-time programming.

"Following the introduction of the app, the students communicated much more frequently - an average of over 20 more turns during a 15-minute interaction," Holyfield said. "This increase is huge given that four of the five participants were high-schoolers and had been communicating at a much lower frequency despite over a decade of schooling, etc. The study suggests that, when augmentative and alternative communication technology is designed to be accessible, people can make large gains in their communication at any age."