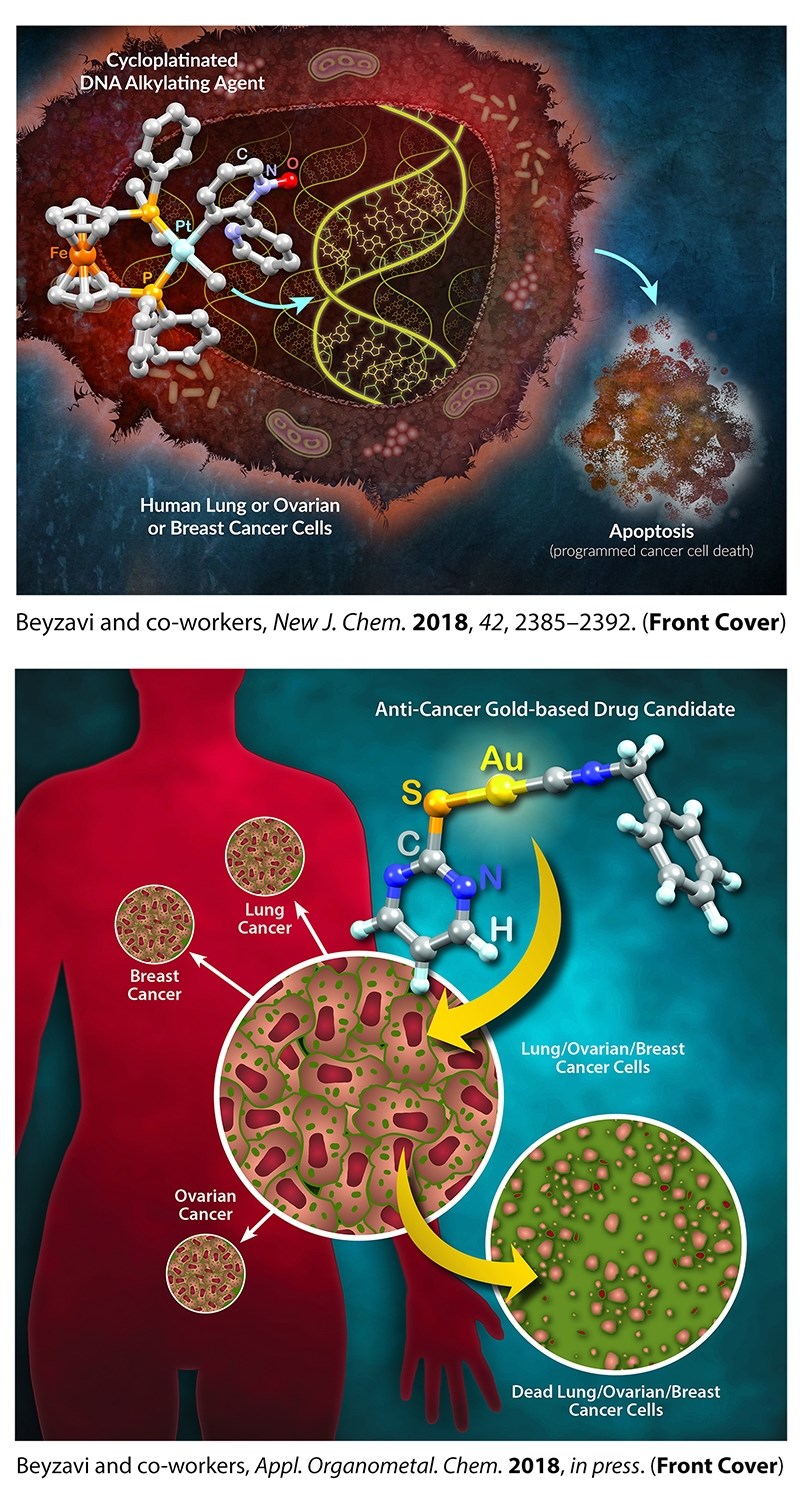 FAYETTEVILLE, Ark. – An international team of researchers led by Hassan Beyzavi of the University of Arkansas, is studying the use of platinum and gold to enable more effective forms of chemotherapy.

Gold-based complexes are not currently used in commercial cancer therapies. Cisplatin, a platinum-based chemotherapy drug, is commercially available, but it has several drawbacks.

“Biological importance of platinum complexes in medicinal chemistry has attracted considerable attention due to the wide-spread therapeutic activities of cisplatin,” the researchers said. “However, the anticancer properties of cisplatin are believed to be limited by major drawbacks, including intrinsic or acquired resistances and several toxicities.”

Beyzavi, an assistant professor in the Department of Chemistry and Biochemistry at the University of Arkansas, explained that new platinum- and gold-based drug candidates could lead to therapies that are more effective and less prone to resistance than cisplatin, which means patients could take lower doses, minimizing the risk of side effects. He said that another goal of this research is to expand the scope of cancer cells that can be targetted.

The researchers used computer simulations to design several different platinum-based molecular structures and test how these anti-cancer agents would bind to the DNA of cancer cells.

To synthesize the new gold-based molecular complexes, the researchers used structures called ligands — groups of atoms which can be added to metals. They focused on two types, isocyanide and thiolate ligands.

After the researchers had identified several promising molecular structures, Beyzavi synthesized the platinum and gold complexes. His collaborators then tested these drug candidates in the laboratory, exposing them to human lung, ovarian and breast cancer cell lines. Experimental results showed that these molecules were able to induce natural cell death by binding to the DNA of cancer cells. The researchers compared these new drug candidates to cisplatin and found that three of them were significantly more effective.

The team recently published their findings in the New Journal of Chemistry and Applied Organometallic Chemistry. Their articles were featured on the cover of both journals.

While continuing to serve the community through the COVID-19 crisis, the Jane B. Gearhart Full Circle Food Pantry still needs donations. Give now.

The shift to online summer sessions at the University of Arkansas has been extended to courses through Summer II, which ends Aug. 3.

More than 100 singers from the Schola Cantorum, Women's Chorus, Men's Chorus, Inspirational Chorale, and Chamber Choir learned the Alma Mater and recorded themselves for a virtual choral version.

Short Talks: Sure, Sugar Is Bad for Your Teeth, But Not How You Think

The newest Short Talks From the Hill podcast examines why tooth problems in humans do not come from the sources you would expect.

Tip of the Day: Tutoring Support

Tutoring and academic support are still available for students through the CLASS+ online options.